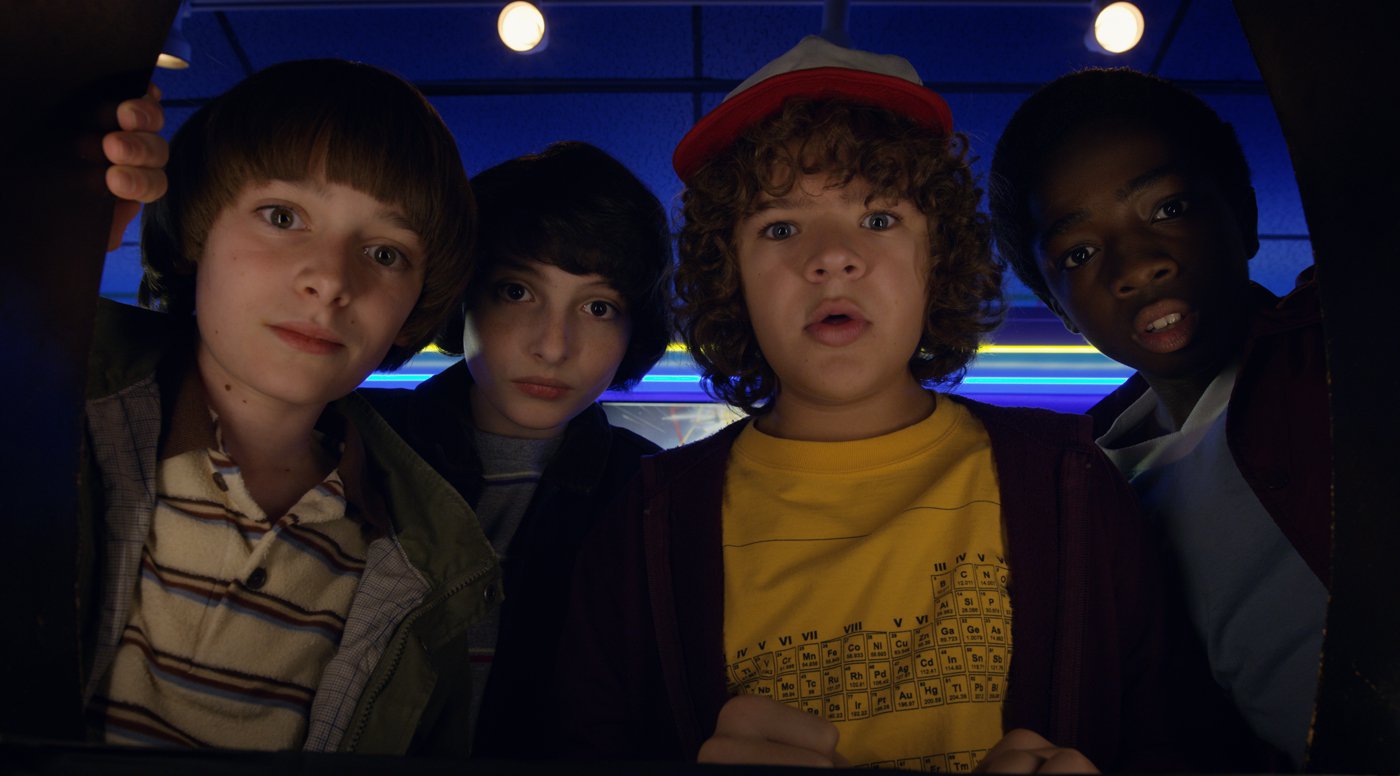 From the stylization of its title credits onward, season two of Stranger Things unabashedly asserts itself as a franchise sequel. Like J.J. Abrams’s Star Wars: The Force Awakens, the new installment of this love letter to 1980s and ‘90s horror and science fiction often plays like a muscled-up retread of what’s come before it. But the new season also deepens the show’s mythology, while insightfully examining the characters’ headspaces as they respond to the heightened stakes of the dark forces emanating from the Upside Down.

Just as the show’s first season fixated on the horror of a mother nearly losing her child, Stranger Things 2 lends similar nuance to characters reeling from the deaths of friends and the fear of their own mortality. PTSD factors explicitly into police chief Jim Hopper’s (David Harbour) discussion with Joyce Byers (Winona Ryder) about her son, Will (Noah Schnapp), and the feelings that might be roused in the boy on the anniversary of his disappearance. Elsewhere, Nancy (Natalia Dyer) channels the pain of losing her friend Barb into a quest for justice that results in a satisfying coda to a two-season grieving period. Nothing may be going back to normal in Hawkins, but the series avoids painting its trauma-stricken characters as irrevocably ruined.

Showrunners Matt and Ross Duffer lend a tremendous sense of gravity to the physical and psychological toll of the story’s fantastical circumstances. They deeply understand the realities of healing from horrific trauma, and how the process can actually make one susceptible to more hurt. Throughout the new season, nearly every character’s emotional wounds seem to fester in tandem with the otherworldly virus that slowly rots Hawkins from within—an infestation that the boy almost seems to will upon himself following a series of strange happenings that see pumpkin patches obliterated by a mysterious poison and nearby trees covered in a thick, slick slime. When horror is so inexplicable, it’s sometimes easier to just submit to it.

Stranger Things is especially indebted to the pop culture of the ‘80s, most significantly Stephen King’s coming-of-age saga It and Steven Spielberg’s E.T., but the show’s genre thrills rarely seem like cheap facsimiles. More often than not, the Duffers are intent on depicting intensified versions of earlier events in their series to at once suggest that violence is cyclical and that darkness lurks beneath the sunniest of façades. The series centers on a group of young friends—Will, Mike (Finn Wolfhard), Dustin (Gaten Matarazzo), and Lucas (Caleb McLaughlin)—living in a small Indiana town, and it’s made with a heightened artistry that, at its best, reflects the obsessive nature of youthful desire.

At times, though, it can feel as if the Duffer brothers are just grooving along to the beat of their aesthetically charged whims, especially in the first four of this season’s nine episodes. Throughout, the Duffers dump most of the narrative’s puzzle pieces on the table without offering much more than abstract hints of how they’ll connect. Will envisions a fiend in silouette whose head resembles that of a xenomorph and moves like a cross between the smoke monster in Lost and the Venom symbiote in Spider-Man 3, similarities that appear intentional considering the nature of the kid’s eventual retraumatization. One wishes this season’s metastesized crisis were more evenly telegraphed throughout, but the sheer terror of the climax mostly redeems the frustratingly back-loaded escalation leading up to it.

The Duffer brothers respect the humanity of their characters to an extent perhaps more often seen in the classics they admire than in contemporary genre works. Eleven (Millie Bobby Brown) receives particularly generous focus throughout Stranger Things 2, reconfiguring her purpose as last season’s deus ex machina. She’s one of the few characters with the faculty for stopping the creatures from the Upside Down (and continues to arrive at just the right time to save the day), but the tenderness with which the series tracks her quest to understand herself makes her more of a person than a plot device this season. And in advancing Will from a structural absence in season one to a full character here, Stranger Things gives itself the space to honor his perspective on a harrowing ordeal to powerful effect.

Stranger Things 2 ultimately feels less like a cash in on the success of the first season and more like its narrative complement, allowing the creators to fully explore the ramifications of the world they created. Ryder shares the spotlight more this season, and she and Harbour anchor the ensemble in performances befitting the messy realities of parenting and morality with which Joyce and Hopper are forced to reckon. It’s emblematic of the show’s compassion that even one of the new antagonists, Billy (Dacre Montgomery), is finally shown in an empathetic light, even if he needed to be beat up by his young stepsister, Max (Sadie Sink), to get there. Just before another glimmer of sequel bait, the Duffers observe a peaceful denouement in a desert of trauma, expressing their love for Hawkins and its residents with disarming earnestness.