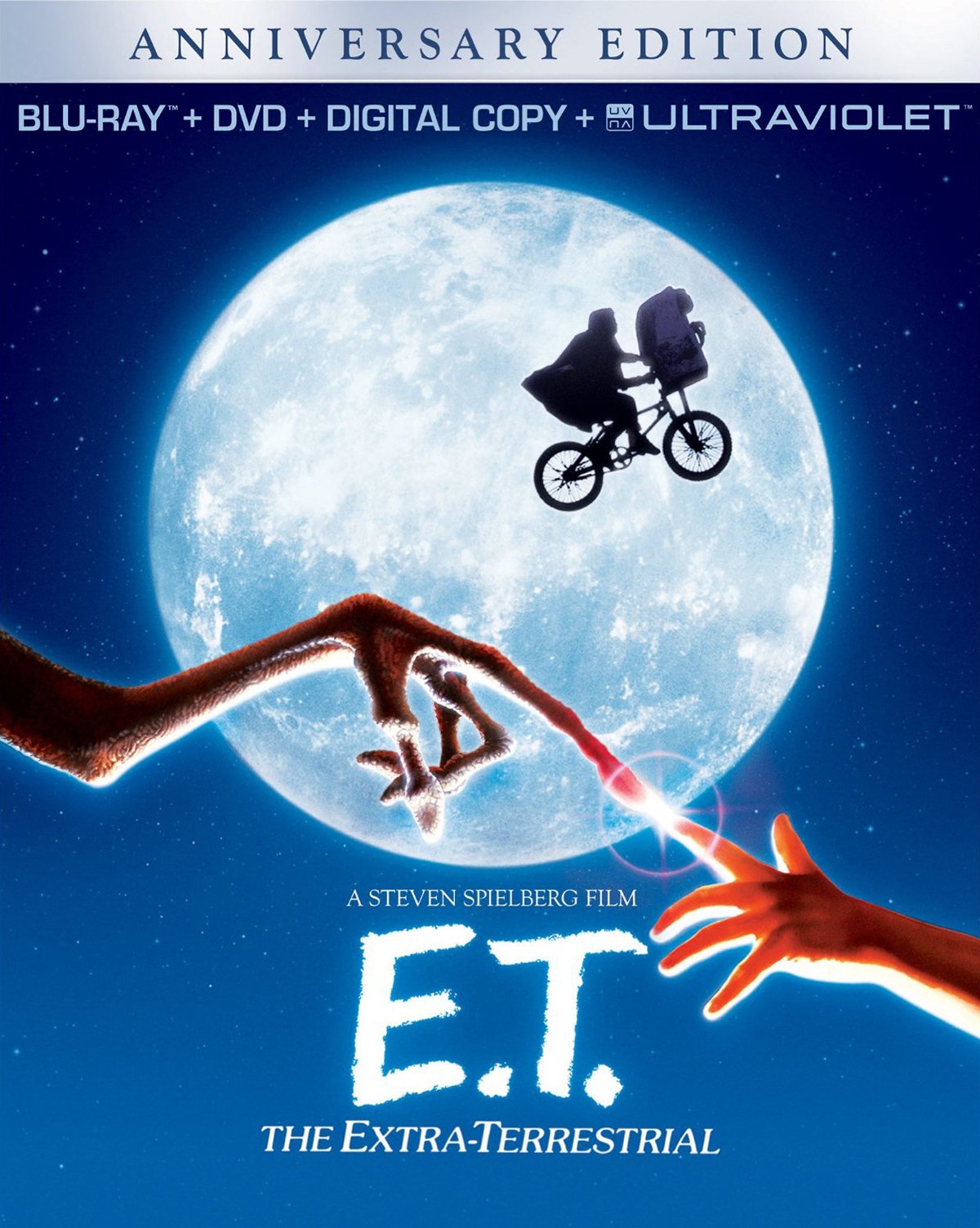 Of the many moments of wonder that sparkle throughout the entirety of Steven Spielberg’s E.T. the Extra-Terrestrial, none seemed so otherworldly to my childhood self as the moment when Mary (Dee Wallace), the newly separated mother of three, emerges from the kitchen on Halloween to see how cute her kids look in costume. Wearing a slinky leopard-print mini, a platinum-blond ‘fro wig, and a flirty mask that seems to wink autonomously on her behalf, Mary lets out a squeal of delight upon seeing her brood. As she flits away to retrieve her Polaroid camera, Elliott (Henry Thomas) and Michael (Robert MacNaughton) look her up and down suspiciously, thinking the same thing I’m sure I did back in the ‘80s: “Who is this woman?”

As omniscient as E.T. is about the bond a lonely young boy shares with the alien he all-too-briefly calls his best friend, some of the film’s most pitch-perfect moments subtly suggest how children regard the inscrutable behavior of adults, especially parents. E.T.’s bad-dream companion piece, the Tobe Hooper-directed Poltergeist, works on children because it shows them the horrifying spectacle of parents helpless and terrified. E.T., among other things, pulls adults back into the vortex of feelings they’ve either repressed with age or have allowed to break toward bitter instead of sweet.

Though critics of J. Hoberman’s ilk have spent decades yelling at what they regard as the cinematic equivalent of a glass of warm milk, the suburban scene Spielberg sets for his beloved heart-faced, liver-spotted goomba to turn on everyone’s heart light is hardly romanticized. Mary’s estranged husband is kicking it up in Mexico with someone named Sally, even though, as Mary tearfully rues, he hates Mexico. Teenage Michael wrestles with himself about how to assume the role of “man of the house.” Kid sister Gertie (Drew Barrymore) doesn’t seem to fully grasp just how irreparably broken her nuclear family unit has become. And middle child Elliott is stuck somewhere between reluctant dependence and thwarted independence.

Spielberg in his prime was so adept at reflecting the innocent simplicity of childhood feelings that his talent—much like that of Michael Jackson, who was himself ascending to the apex of pop culture that same year—seems to draw out the worst suspicions among life’s lost souls, those to whom the concepts of purity and simplicity have somehow become weapons in the mind’s battle with the heart. Though the film tantrically stretches the good vibrations of the finale to Close Encounters of the Third Kind into a feature-length soul hug, the still waters of E.T.—which, on the surface, seems unquestionably the smallest scale, most humble film to ever ascend to the apex of all-time top-grossing films—run surprisingly deep. E.T., a visitor whose biological makeup ensures his stay on Earth won’t be for long (which he realizes when he makes the tear-jerking decision to sever the bio-rhythmic tether between him and Elliott), is something of an abstraction for the grief Elliott feels upon his father’s abandonment. His departing aphorism, “I’ll be right here,” is sage advice for someone who understands profoundly the loss Elliott feels and the capacity for him to forgive.

As critic Matthew Wilder suggested, catharsis doesn’t just happen. Humans are hardwired for it to happen with a single fleeting memory shard, a familiar scent, or an offhand choice of words. As universal as heartache is, it’s to Spielberg’s credit that he, screenwriter Melissa Mathison, and composter John Williams could turn the film’s highly specific ingredients into the catalyst for a worldwide crygasm.

Speaking of grief, Steven Spielberg obviously took to heart the loss everyone felt in 2002 when he turned E.T. into an amorphous, CGI Gummi Bear for the film’s 20th anniversary release. (He himself was reportedly never a big fan of the retroactive modifications; apparently George Lucas-styled desecrations were the only thing that suits believed would get people back into theaters to see movies they already knew backward and forward, much like how we now get 3D versions of ‘90s Disney crap.) For the film’s 30th anniversary release on Blu-ray, E.T. is back to the basics: Carlo Rambaldi’s anamatronic alien and guns instead of walkie-talkies. The transfer looks stunningly filmic, with warm lighting and accurate-seeming sharpness. For some, the downside is that the process shots involving spaceships and flying bicycles seem that much more artificial, but fidelity being the cornerstone of high-definition home-viewing, them’s the breaks. The 7.1 surround sound mix is as low-key as the film itself, with directionality usually only being used to enhance the atmosphere, not plop you directly into the middle of the action. John Williams’s Oscar-winning score has likely never sounded better.

Though the main feature banishes all thoughts of the bastardized 20th anniversary edition, this new Blu-ray release borrows a whole slew of that DVD release’s bonus features. The featurettes, cast interviews, deleted scenes, and making-of documentaries are almost all from the 2002 release. Most of them are worth the watch if you haven’t seen them before, but I prefer the two newly produced extras: a short explication from Spielberg reflecting on the movie’s success and its impact on his life, and an hour-long collection of on the set footage that gets deep into the filmmaking process.

Rosie Grier let kids know that it’s all right to cry. E.T. gave kids, adults, and aliens no choice in the matter.