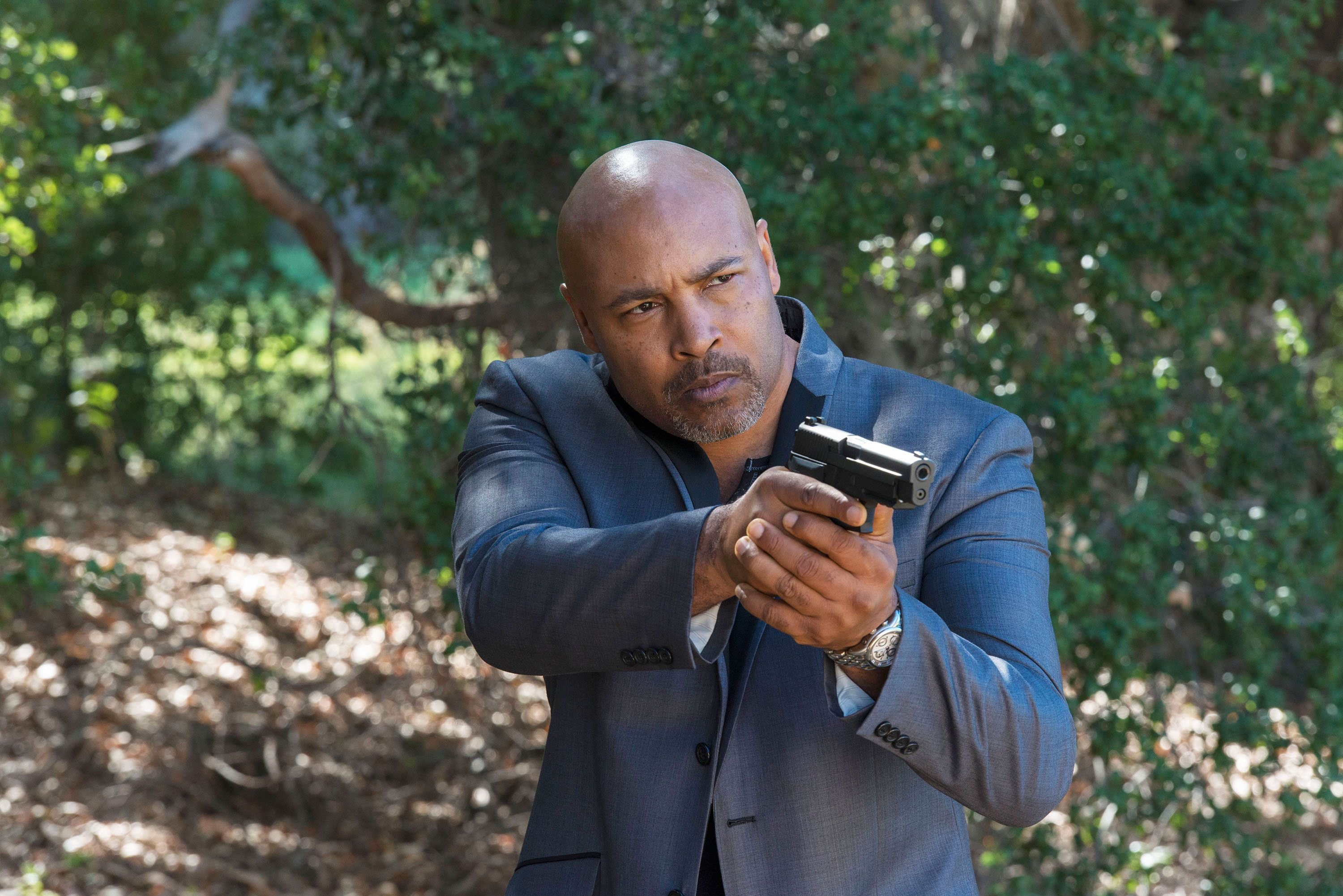 It’s been a while since Sons of Anarchy has unleashed a parade of carnal images like the ones that begin “Faith and Despondency”: the Grecian-assed Jax (Charlie Hunnam) finds comfort in the arms of Winsome (Inbar Levi), the prostitute SAMCRO plucked from the streets during “Greensleeves”; Gemma (Katey Sagal) sports a thousand-yard stare as Nero (Jimmy Smits) straddles her from behind; Juice (Theo Rossi) looks equally numb as he’s raped by Tully (Marilyn Manson) in a cramped prison cell. But it’s two other couples who emanate the most passion: Chibs (Tommy Flanagan) and Althea (Annabeth Gish), who’ve always been better at communicating with each other under the sheets, and Tig (Kim Coates) and Venus (Walton Goggins), who genuinely appear to be in love.

With Bobby’s (Mark Boone Junior) violent and sudden death fresh in mind, all of this sexual healing makes perfect sense. Still, it’s only a momentary reprieve from the hard reality at hand; in more ways than one, each of these characters are fucked. Moses Cartright (Mathew St. Patrick) is determined to carry out his employer August Marks’s war on SAMCRO, and while there’s no further mention of the Indian Hills charter and their mayhem vote, the pressure from their threats remains potent. Finally, Abel (Ryder and Evan Londo) seems to be growing increasingly volatile, ready to explode Gemma’s lie.

“Faith and Despondency” is a strangely paced episode, mostly because it jarringly dances between these bigger narrative threads and deceptive subplots that end up having an impact on the seasonal arc overall. Deeply felt emotional moments are littered throughout Kurt Sutter’s script, including a doozy between Tig and Venus that borders on Sirkian melancholy. Chibs and Jarry’s relationship also comes to a crossroads in an effectively tense scene that proves each is far more complex a character as first believed.

Sutter spends a good amount of time (maybe too much) charting Leland’s (Brad Carter) assassination attempt of a Charming police officer who’s still recovering from multiple gunshot wounds in the hospital. Having been tipped off by Jax, Wayne (Dayton Callie) lies in wait before dispatching him with three gunshots to the chest. This is important because we later learn that it’s Wayne’s first kill after nearly 40 years on the job. “Does that tell you something son?” he asks Jax, trying to put the entire situation into its awful context.

Things have gone from bad to worse for SAMCRO, but in “Faith and Despondency” we begin to see a new level of comeuppance on the horizon. Director Paris Barclay plays with time and space by cutting back and forth between a few pivotal events. Abel walks into his school bathroom and cuts his arm and later blames Gemma, drawing the attention of Child Protective Services. Ratboy (Nico Nicotera) and T.O. (Michael Beach) are kidnapped by Marks’s hit squad and momentarily tortured. Their false intel leads Moses and his goons into an ambush that allows Jax the proper revenge for Bobby’s death. An eye for an eye.

But all of these climaxes are peanuts compared to the bomb that Abel drops in his father’s lap in the final moments of the episode. Curious as to why his eldest son would blame Gemma for something she obviously didn’t do, Jax decides to tell Abel that Wendy (Drea De Mateo) is his biological mother, all in the hopes of quelling his pain over Tara’s (Maggie Siff) murder. Abel’s response is haunting: “Is that why Grandma killed my other mommy so my first mommy could be here with me?” Jax sits stunned and silent, his face on the verge of rage right before the episode cuts to black.

Having the stage set for the ultimate mother/son showdown, Sons of Anarchy is primed to finally put an exclamation point on its tombstone. Herein lies the history of an American family who devoured itself one prodigal son at a time.