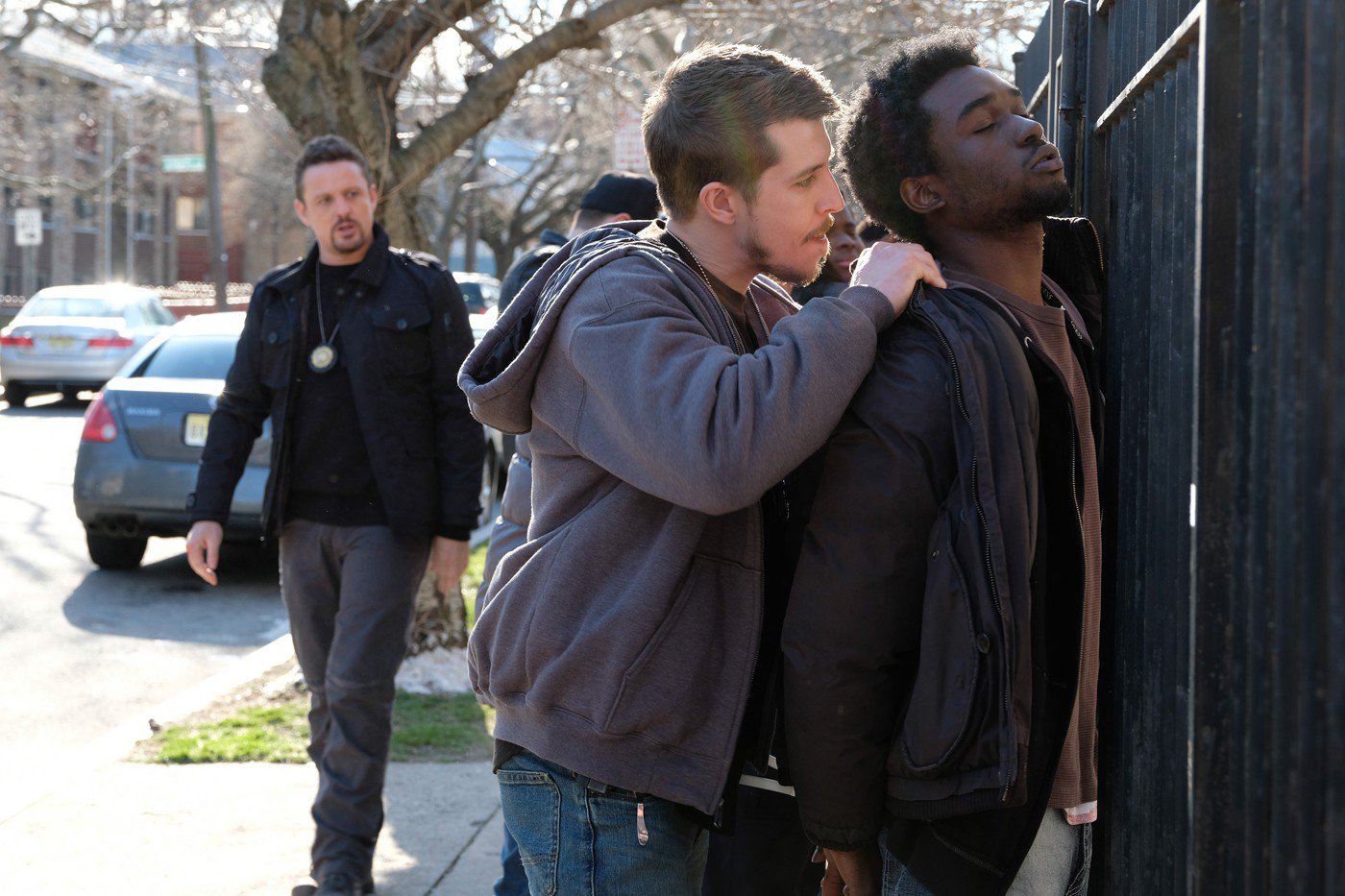 Because Seven Seconds feels culled from real-world events at every turn, it’s fitting that the series begins with a depiction of an everyday occurrence: with a driver hitting a bump on a road. The man collects himself, before noticing that he struck a bicyclist—and after making a phone call, other men appear on the scene. The sequence is unremarkable, until it becomes decidedly not: These men are revealed to be Jersey City police officers, and they plot to flee the scene of the accident after seeing, as one of the them bluntly puts it, “what’s in the ditch.” And in the ditch is Brenton Butler, a black teenager whose race and age make him a career-threatening public relations disaster and optical nightmare for the police officers.

Events in Seven Seconds are usually far more consequential than they initially seem. Throughout the season’s 10 episodes, critical information is often withheld as the story speeds toward a climax which echoes the real-life riots that followed the deaths of Mike Brown and Freddie Gray. Brenton’s killer is Peter Jablonski (Beau Knapp), a rookie narcotics cop with a tortured history that’s only fully revealed in the season’s courtroom-set finale. The members of his narcotics squad, who convince him to flee the scene in the first place, are predictably corrupt, but the series manages to shock us with the sheer depth of their depravity when it’s finally unveiled.

Seven Seconds introduces the plainclothes detective, Joe “Fish” Rinaldi (Michael Mosley), and prosecutor, KJ Harper (Clare-Hope Ashitey), tasked with finding Brenton’s killer without elucidating some curious behaviors that suggest trauma in each of their pasts. The series opts to focus on the actions of characters without explaining their motivations, coldly presenting signifiers and forcing viewers to draw their own conclusions—in the process mimicking the public’s treatment of Brenton as he, echoing his real-world inspirations, is judged posthumously by a public that lacks the full picture.

Brenton is introduced as a typical teen before the police begin to insinuate that he was gang-affiliated and perhaps had a criminal record, but nothing in Harper and Rinaldi’s investigation suggests that those assertions are germane to Brenton’s death. As the men circle closer to the truth, Seven Seconds becomes a thrilling police procedural but never loses sight of its cultural commentary. From the instant that Diangelo (David Lyons), Jablonski’s squad leader, convinces his buddy to flee the accident scene, the series consistently reflects the disproportionate role of optics in cases of police brutality.

Yet while it parallels current events, Seven Seconds never focuses solely on racial politics. Harper and Rinaldi are at once a sort of buddy-cop team and odd couple, and their world-weary banter typifies the show’s cop-procedural DNA. When the series deviates from the procedural format, it offers a harrowing view of the Butler family as they struggle to stay united in the wake of Brenton’s death. Isaiah (Russell Hornsby), the teen’s father, focuses on his faith and work, while Latrice (Regina King), the boy’s mother, becomes unhinged and desperate to uncover his killer. Their marriage ultimately frays, a tragedy that the show’s writers starkly contrast with the actions of the police. As husband and wife turn on each other, Joblanski and his fellow officers find shelter and support behind the proverbial thin blue line.

The dichotomy between the Butlers and the cops is rooted in privilege, and while Seven Seconds resists a systemic view of Jersey City’s racial landscape, it’s thorough in its outlining of the biases that affect the Butlers’ lives. And none is more insulting than the way Brenton, even in death, is denied the same benefit of the doubt that’s readily afforded to his killer. The series presents a sympathetic likeness of real-world victims of police brutality, but by eschewing a broad view of race relations in our nation, it risks affirming the ubiquitous “few bad apples” apologia that’s often put forward when police wrongdoing comes to light. Ultimately, though, the detailed character portrayals at the heart of Seven Seconds invest us into the Butlers’ search for justice, while poignantly illustrating that in the real world, that justice is rare.

Review: Here and Now: Season One