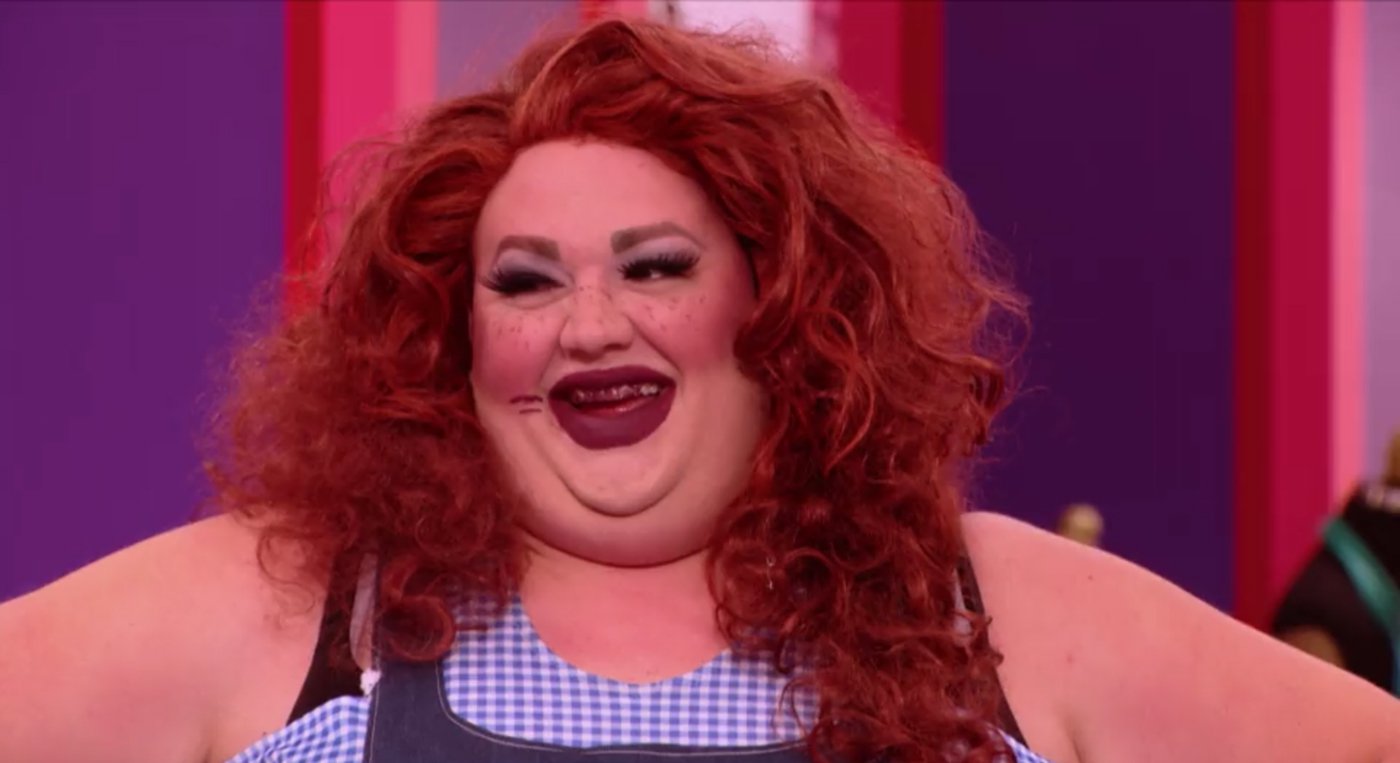 For anyone who’s ever watched a RuPaul’s Drag Race challenge and thought, “What drugs did they take before coming up with that?,” tonight’s episode, “PharmaRusical,” is for you and probably not too many others. The second-episode lip-sync challenge is almost always the most frustrating and least satisfying of every season. The challenge doesn’t ever allow any queen the chance to really polish up her persona. Instead, the girls get separated into two teams, are usually assigned to their roles by someone who barely knows them yet, are forced to work within an ensemble when audiences are still just trying to remember who’s who, and finally have to wrap their lips around nonsensical gibberish dialogue. And then keep a straight face when Michelle Visage tells them they “kind of faded into the background.”

Which is probably one reason why this episode’s lip-sync extravaganza eventually turns into a referendum on Eureka’s battle with self-defeat. Coming into the competition as a known and beloved commodity, Eureka clearly knows she has the most to lose should she wind up somehow getting chopped even earlier than she did while fighting a sprained knee (an injury she sustained, you guessed it, during the prior season’s team-performance melee). And her paranoia only balloons further when she’s inevitably picked last by the team captains, Asia O’Hara and The Vixen. Technically, she isn’t even chosen. With an odd number of queens remaining in the competition, RuPaul tells Eureka to pick which team she would rather join. And as The Vixen spent last week trying to pour kerosene onto the embers of Aquaria and Miz Cracker’s resentment toward each other, Eureka beelines for Asia’s team.

Asia wastes no time letting Eureka know that ain’t nobody got time for her bossy asides, but the team captain’s wrist slaps are no match for the awkward pauses served up by none other than our lovely All Star Alyssa Edwards, turning in a cameo stint as guest choreographer. Alyssa tries to turn the main stage into her own remote Beyond Belief Dance studio and delivers a pricelessly morose tongue pop upon viewing some of the girls’ dancing, err, skills. Blair St. Clair confirms she’s 12 years old when she stumbles around like a schoolboy trying on his mom’s oversized pumps, and last week’s LSFYL winner Kalorie Karbdashian-Williams (who, not a moment too soon, announced on social media that she’s had it officially) seems to have two carb-logged left feet, but it’s Eureka who catches Alyssa’s eye as she gingerly (Ginger Minj-ly) marks her steps in sensible flats. Alyssa gives her the “gurl…gurl!” pep talk, but it’s clear Eureka’s coming face to wall with the inevitable.

Well, all 13 of them are, because RuPaul’s tasked them with performing the conceptual farce (I’m being as kind as I can here) of PharmaRusical, the subject of which may speak to Ru’s own personal demographic interests but makes little to no sense as a drag-queen showpiece, unless the highest levels of the art involve punning about the nexus of prescription drugs and sex-organ afflictions. Regardless of what the judges claimed in the aftermath (amid Michelle and guest judge Halsey’s adorable mind-melding and Padma Lakshmi managing to reach the finish line without once uttering the word “fish”), no one in particular manages to stick out for the right reasons, aside maybe from Kameron Michaels, for demonstrating himself capable of doing something other than stand around silently while collecting thirsty leers in his Pump! micro-undies. Eureka and Kalorie land in the bottom two, and it’s not hard to see the hand of the production team in this particular decision.

Plenty of other queens managed to become the most generic versions of themselves in the challenge, and setting Eureka against Kalorie—the returning veteran versus the one who survived the season’s first LSFYL—is really the only available option that makes any dramatic sense. And though Eureka’s lips did nothing right during the main challenge, she lands every word of the Emotions’s “Best of My Love”—even the inevitable climactic “Ow,” despite refusing to accompany it with a comic recreation of her cheerleader split—sending Kalorie to be officially over on her own time now.