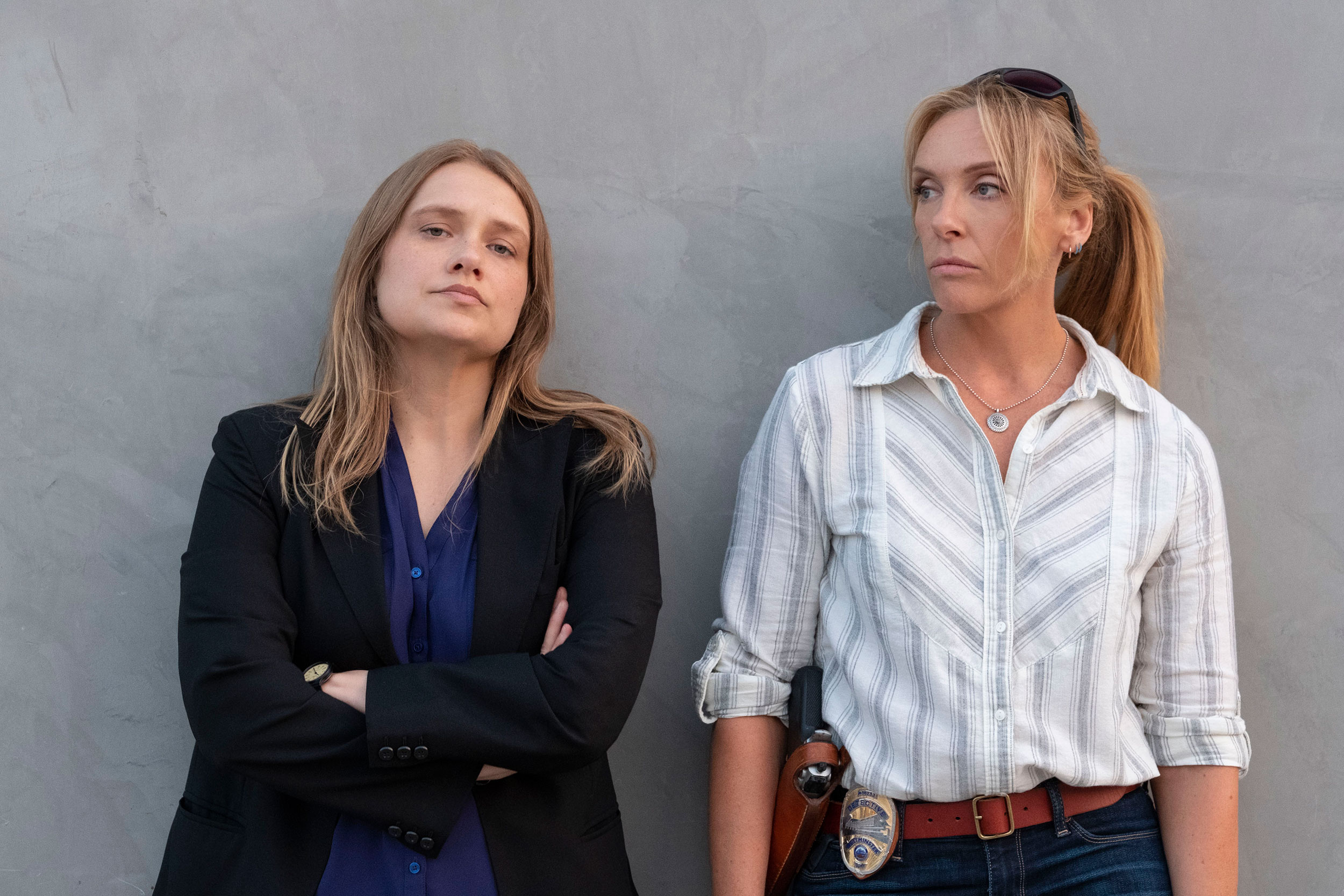 Successful adaptations can unlock something new within texts through the translation to another medium. But Netflix’s Unbelievable, based on a Pulitzer Prize-winning account of a rape investigation and an ensuing episode of This American Life, feels like a vehicle built merely to convey the information dug up by its progenitors. It’s a bunch of bullet points wrapped up in Toni Collette’s leather-jacket cool and Merritt Wever’s practiced do-goodery.

The series begins in 2008, when Marie Adler (Kaitlyn Dever), a teen in a support program for young adults who grew up in foster care, reports a rape and is bullied by police into recanting her story. It then moves to 2011, when two detectives, badass Grace Rasmussen (Collette) and self-flagellating Karen Duvall (Wever), investigate a handful of rape cases that eerily recall what happened to Marie. Jumping back and forth between the two periods, Unbelievable commits to shedding light on the shortcomings of law enforcement, from the mishandling of sexual violence cases to the prevalence of so-called “bad apples” within police forces.

The series, however, addresses these systemic issues heavy-handedly and delivers its didacticism in stilted dialogue. At one point, speaking with Billy Taggart (Scott Lawrence), an F.B.I. agent supporting the case, Rasmussen reminds him that “cops beat up their partners at two to four times the rate of the general population.” Such inorganic dialogue permeates the series and lends a wooden quality to Collette and Wever’s performances.

Unbelievable deems no detail or false lead too minor, and so the audience is forced to endure an agonizingly slow drip of facts, figures, and theories throughout Rasmussen and Duvall’s investigation. Where the show’s depiction of police work is lethargic, Marie’s arc is exceedingly repetitive, if occasionally poignant. The series seems to value her less as a person than as a recipient of endless injustices. When we see Marie, chances are that she’ll get some bad news, her eyes will well up, and the series will cut back to 2011 until it’s time for her to suffer anew.

Despite the emotional cheapness of her story arc, Marie remains a captivating presence, thanks largely to how the cinematography frames her reaction to her ordeal. Unbelievable’s first episode relays the agony of Marie’s police questioning with particular deftness. When Marie talks to the cops, primarily the well-intentioned but insensitive Detective Parker (Eric Lange), we frequently see her from low angles, as though the camera is spying on her from underneath a table. These shots, along with close-ups of Marie—of her wide-eyed face, of her fidgeting hands, of her restless, shaking legs—emphasize her vulnerability. She’s alone and in way over her head, abandoned by her friends, doubted by her former foster mothers (Elizabeth Marvel and Bridget Everett), losing control as she gets picked apart.

Unbelievable is at its most capacious in its last two episodes, directed by creator Susannah Grant. The pace quickens as Rasmussen and Duvall narrow in on their suspect, and we get our first look at Marie in 2011, years older and at some kind of peace. The show’s shift from the toil of investigation to the climax of apprehension finally frees the detectives to feel rather than edify. Duvall’s revelry and newfound relief during a celebratory night out underscore the emotional burdens of the investigation far more than her series-long frustration does.

The final episodes also feature moments that capitalize on the show’s dual-timeline structure. During a counseling session, Marie delivers a harrowing monologue about trust and loneliness that cuts in and out of Duvall and Rasmussen reviewing the nauseating photos the perpetrator took of his victims. The sequence is stirring in its understatement: in Marie’s matter-of-fact expression of her cynicism, in Duvall’s nods and grimaces as Rasmussen clicks and clicks through the pictures, and in Rasmussen’s glazed-over eyes, slow blinks, and deep breaths.

In the first episode, we see obfuscated glimpses of Marie being raped as she recalls the attack. We watch her focus on a framed picture in her bedroom, getting lost in it. She’s at the beach, happily skipping into the waves. The episode ends with a splendid overhead shot of Marie, at wits’ end, leaning over the edge of a bridge, looking into the churning water below. The water, in both scenes, signifies escape—and whether calm or crushing, it’s a reprieve from what she’s experiencing. But the series lazily handles that motif, as it mostly disappears until the very last episode, where the water predictably underlines that Marie’s found a hint of closure. What exists in-between—nearly the entire series—is an overwhelming dryness.

Review: Mindhunter Season 2 Grapples with Identity and the Power of Words