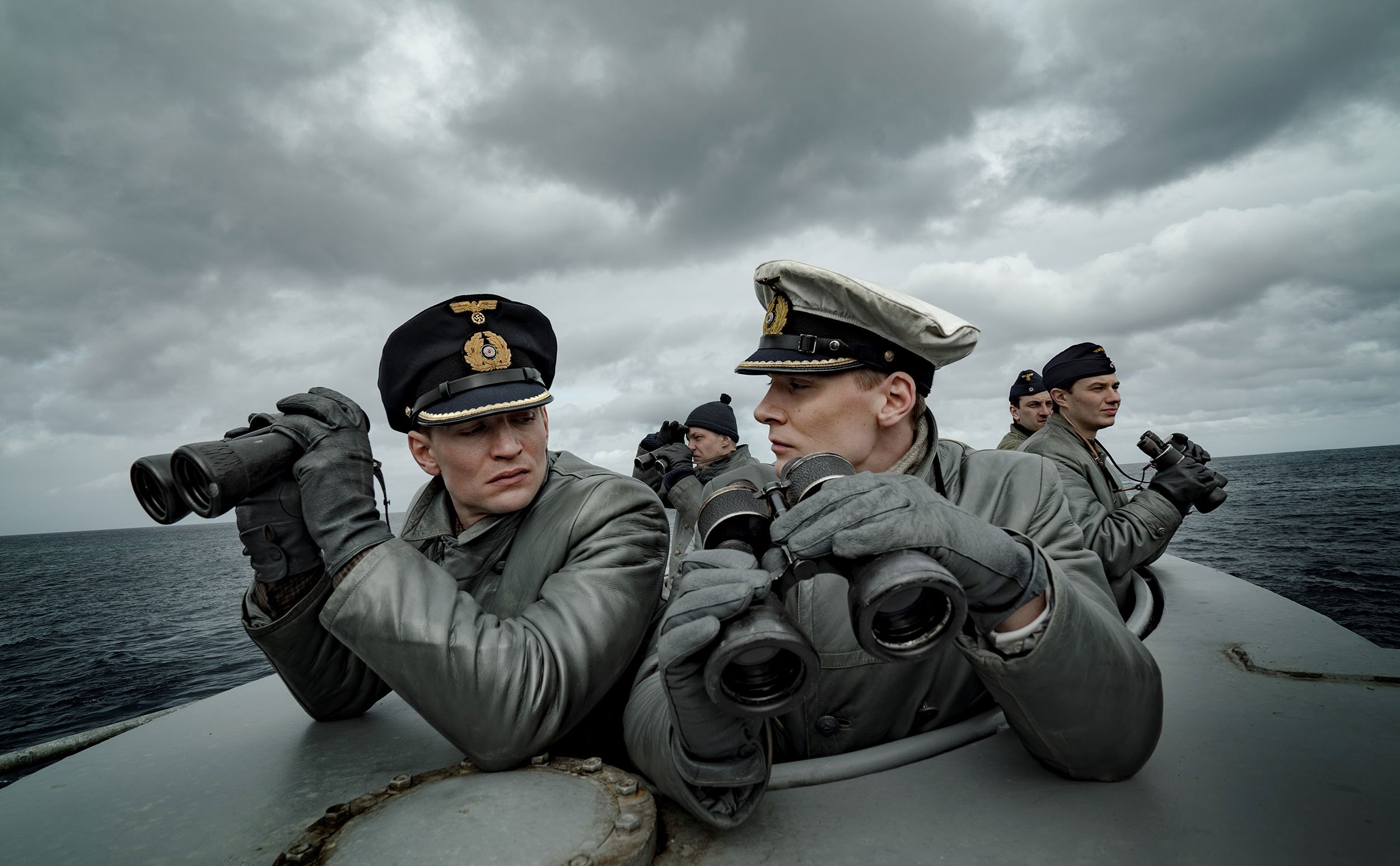 One of the strengths of Wolfgang Petersen’s classic submarine drama Das Boot, based on Lothar-Günther Buchheim’s novel of the same name, is that it’s no glorification of the German war machine. Indeed, its shocking ending underlines the absolute senselessness of war and the meaninglessness of heroism. Das Boot is a war film that could only be made in a country where virtually everyone had experienced the horror of war firsthand, whether it was on the frontlines or cowering in a bomb shelter. But it’s also a story told strictly from the perspective of the gentile German sailor; women appear quite literally on the margins—at beginning and end, when the boat disembarks and returns—and non-gentiles are neither seen nor mentioned. War crimes are far from the film’s purview, and its sailors are, for the most part, not terribly interested in Nazism.

Johannes W. Betz’s new series solves this problem by flashing back and forth between the crew of a U-Boot captained by the young Captain Klaus Hoffmann (Rick Okon) and a plot of betrayal and subterfuge in the ship’s port in La Rochelle, France, centered around German Navy translator Simone Strasser (Vicky Krieps). In doing so, however, Betz’s Das Boot eschews much of what made the original film effective: the feeling that the viewer is stranded in the narrow gangways of the submarine on a mostly blind journey through treacherous waters.

Forfeiting the telescoped focus that keeps the film engrossing, the series substitutes hidden backstories and interpersonal melodrama that feels like it was pulled from the prestige-drama handbook. As the crew is assembled in the first episode, “New Paths,” we learn that the long-serving First Officer Karl Tennstedt (August Wittgenstein), a familiar Nazi type who’s been passed over for command of the ship in favor Hoffmann, is the son of a WWI hero. Tennstedt’s simmering resentment plays out, over the course of the four episodes available for review, as an escalating crisis of authority, as he grows increasingly bold in his defiance of the noble-minded Hoffmann, and sways the minds of several (rather easily convinced) enlisted men.

Meanwhile, Simone arrives in La Rochelle, where she expects to live and work alongside her younger brother, Frank (Leonard Scheicher), a radio engineer. When an accident on board Hoffmann and Tennstedt’s U-Boot damages the radio and seriously injures the ship’s engineer, Tennstedt summarily decides to assign Frank to the vessel. With no choice in the matter and suddenly facing an uncertain fate, Frank hands over to Simone a cache of materials he was supposed to deliver in a post-curfew rendezvous later that night.

In the second episode, “Secret Missions,” it’s revealed that Frank’s mission had something to do with a French girl he’s been seeing, Natalie (Clara Ponsot), and with a mysterious American resistance fighter named Carla Monroe (Lizzy Caplan)—well, only “mysterious” inasmuch as the series clumsily cultivates an air of mystique around her, all oblique camera angles and vague dialogue. On the brink of explaining her intentions to Simone, Monroe stops herself, mostly, it seems, to extend the mystery for another episode or two. “Probably better if you don’t know,” she says, though she might as well be addressing the camera.

It’s in this episode that the seams of Das Boot really begin to show—or, rather, its bulkheads start to crack. Almost every aspect of the shorebound storyline, which becomes the show’s main focus, is an exaggerated contrivance. In a scenario painfully familiar from a dozen cable dramas that have pulled it off more convincingly (see The Americans, Breaking Bad, Barry), Simone conducts her illegal dealings with Monroe’s resistance cell under the nose of Gestapo inspector Hagen Forster (Tom Wlaschiha). Forster has a professional relationship with Simone, and, he hopes, a burgeoning personal one. As he’s drawn ever closer to her, Forster becomes increasingly blind to her traitorous activities—though, naturally, episode four, “Doubts,” ends with him coming one step closer to discovering them.

This adaptation of Das Boot, which also incorporates elements from Buchheim’s 1995 novel Die Festung, transforms a story that endeavored to capture something of the experience of war into an overly familiar melodrama of obscure motivations, hidden backstories, and broadly sketched interpersonal conflict. The series may try to address Nazi terror in a way Petersen’s film leaves beyond its margins, but even its depiction of atrocity serves merely as a convenient motivator for familiar twists and turns. The sense of cheapness and naked commercialism that pervades the series makes its explicit depiction of disturbing violence—a death by firing squad, the gang rape of a Jewish woman by German sailors—feel unearned and, particularly in the latter case, completely irresponsible. The series can’t be counted on to deliver any insights on history or war, but compelling drama may be even further beyond its capabilities.

Review: Euphoria’s Depiction of Teen Hedonism Is Both Frank and Lurid