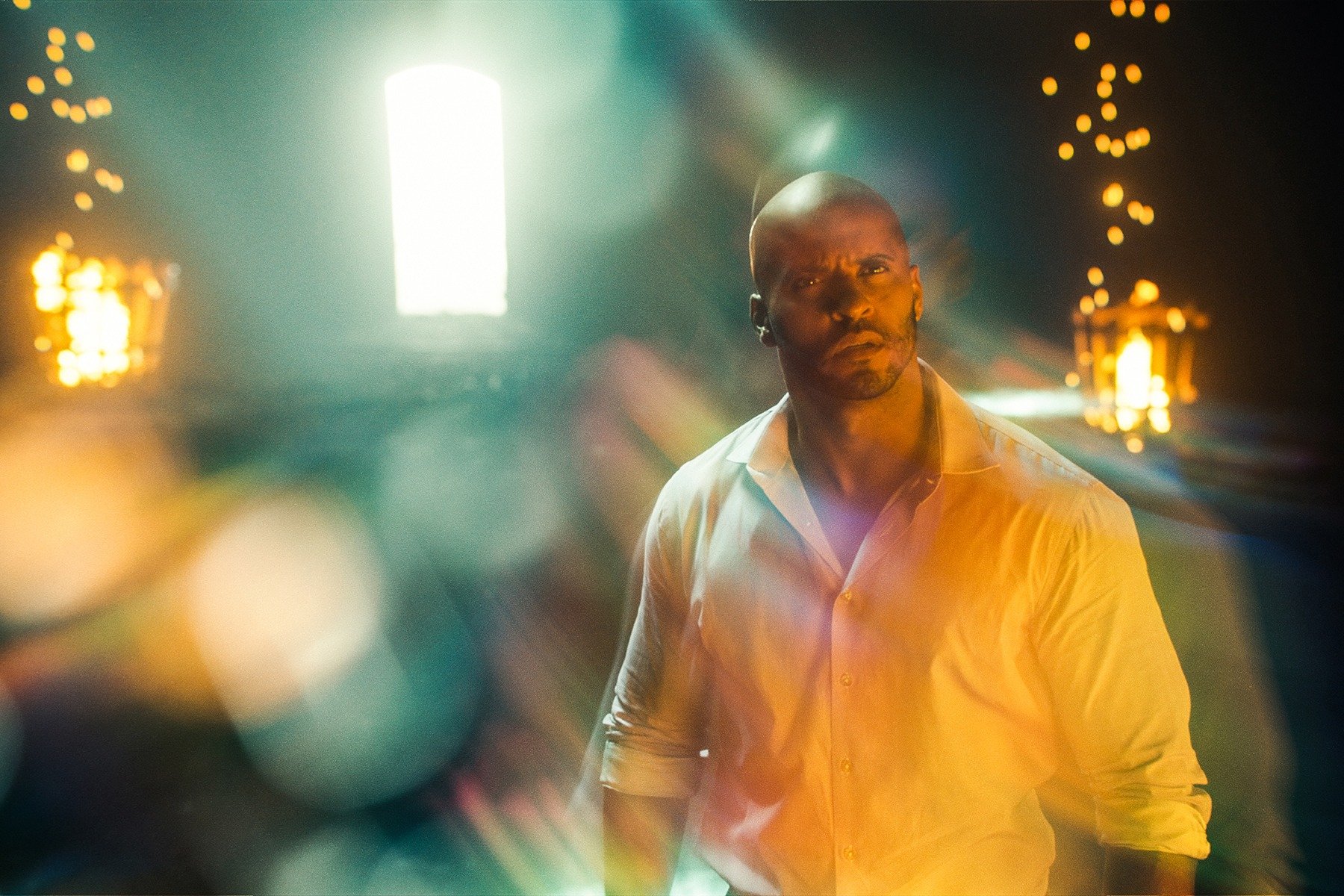 And lo, American Gods is risen, as one of its principal deities might, from a tumultuous cast and production shakeup since its 2017 debut. Showrunners Bryan Fuller and Michael Green exited the series after the first season, and their replacement, Jesse Alexander, was pushed out late last year. To the show’s credit, such behind-the-scenes strife isn’t immediately noticeable, as the season soldiers on with Neil Gaiman’s source material and all of the main characters intact. But it’s perhaps worth keeping that drama in mind when considering how imbalanced the new season seems, having lost some of the visual flair that helpfully contrasted with the material’s most languid, expository moments.

Beyond ignoring the first season’s environmental devastation and explaining away Gillian Anderson’s departure with her character’s contrived transformation into the bubbly, emoji-spouting New Media (Kahyun Kim), things mostly pick up where they left off. Shadow Moon (Ricky Whittle) and his employer, Mr. Wednesday (Ian McShane), head for a meeting of the old gods with war on the brain. Rather than fade into obscurity, Wednesday hopes to convince his fellow deities to fight against the new gods of things like media, technology, and globalization. Belief creates and sustains these beings in Gaiman’s world, and few people believe in old gods like Czernobog or Anansi these days the way they believe in their cellphones.

In retrospect, it seems appropriate that so much of American Gods’s first season was less concerned with that promise of conflict than watching the characters simply drive from one destination to the next. Road trips, after all, afford little more than opportunities for people to talk and take in the scenery, and that’s pretty much what the season was—a lot of flowery monologues delivered by impeccably cast actors against a backdrop of elaborate, surrealist visuals fitting of the story’s magical, majestic scope.

Each episode of the first season brought another deity, another locale, another world-building prologue like Anansi (Orlando Jones) speaking to the captives of a slave ship or a tribe traveling to America during an ice age. These interludes, among others, were what really sold the show’s leisurely pace, the idea that it was as much about luxuriating in tone and texture as it was getting to where the plot was going. In what becomes an unfortunate statement of purpose, the second season’s first three episodes abandon those lovely preambles for an approach that feels significantly more straightforward, less concerned with its own aesthetic than adapting page to screen while getting to the meat of the conflict.

For a different series, scaling things back might have been a blessing. But for American Gods, it clarifies that the bombastic imagery was just about the entire point, because the episodes sag when only thin characters and the breadcrumbs of actual plot progression are left to shoulder the weight. There’s the occasional striking image, like a gray-skinned man whose body rises out of a tangle of wires that clump together like tentacles, but many others are totally nondescript; the new deities merely hang out in a bunker somewhere, and some scenes do little more than randomly blur the screen and play with filters, sometimes to disorient and sometimes just because. Even a meeting of the old gods is dimly lit, with medium close-ups and ethereal, eye-straining auras that fail to sell the grandeur of the gods’ true forms.

Without the visual panache of the first season to balance the occasionally thin material, it becomes hard to ignore that the characters are more words than people, vehicles for expository monologues that stand in for actual conflict. As everyone splits up and then comes together only to split up again, it becomes apparent that the series lacks the strong personalities necessary to get the audience invested in what, at this point, seems to be little more than a heavenly dick-measuring contest. People die and collect objects with no real urgency, and it takes more than a blank character like Shadow Moon to convince anyone they need to hear the good news about their lord and savior Odin. By making just a few tweaks in storytelling focus and technique, the show’s leisurely road trip downshifts into a total lethargy that suggests no amount of faith can sustain American Gods.

Review: Ricky Gervais’s After Life Is a Mind-Numbing Bore