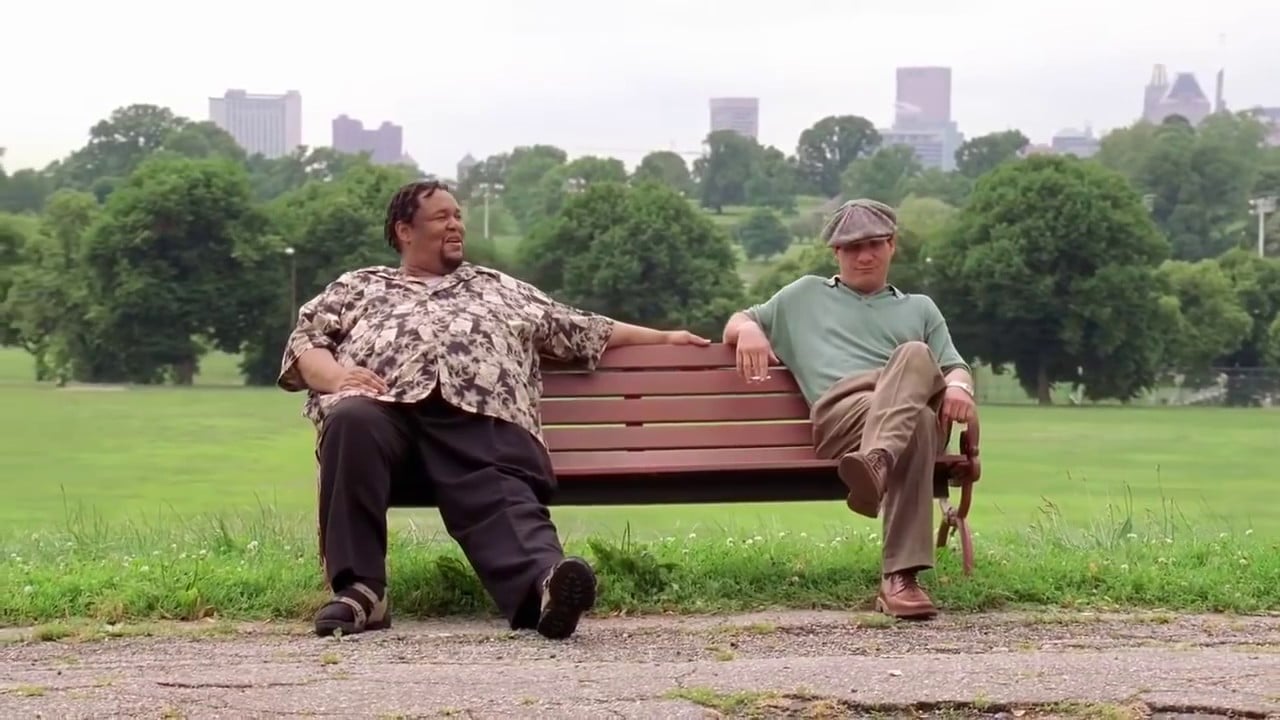 Apart from state Sen. Clay “she-iiiiiiit” Davis, “Proposition” Joe Stewart is the only character on The Wire with something resembling a catchphrase: “I got a proposition for you.” Prop Joe, as played by Robert F. Chew, is friendly as can be when trying to coax Stringer Bell or Marlo Stanfield to do his bidding; but to viewers with an omniscient view of David Simon’s Baltimore, the look in the fat man’s eye constantly reminds us that while the West Side boys play the game from the gut, Joe is always thinking at least five moves ahead.

Joe made his first appearance on The Wire in a cheap suit that made him look more like a civil servant than a crimelord, coaching the East Side’s best in an annual basketball showdown against a West Side team fielded by Stringer Bell and Avon Barksdale. Both teams had ringers on the court—Avon was fielding a junior college prospect while Joe had recruited a pro baller from an Italian team—and the Barksdale gang seemed to have a shot at breaking their losing streak. But after persuading Avon to raise the stakes on their bet, Prop Joe called a second ringer off the bench, an unassuming short guy with dazzling fake-out skills that gave the East Side its third consecutive victory in the grudge match.

Joe’s Br’er Rabbit tactics gave way to a more complex brand of strategy in season two after Avon Barksdale’s imprisonment left Stringer in charge of the towers. While Joe and Stringer both prefer to avoid violence in order to stay off police radar, the big guy is in many ways the anti-String. While Bell pours his money into real estate development and dreams of pursuing political power, Joe is content to use a dingy appliance store as his headquarters. Stringer’s quest for legitimacy gets him fleeced by the sleazy Clay Davis, while Joe’s belief in crime as an honorable profession allows him to grow rich doing business with international gangsters like the Greek.

In season two, Joe persuades String to cut a deal behind Avon’s back by telling the story of a West Side player from the ‘60s who made a fortune and retired because of his success at remaining anonymous and lulling the police into complacency. (“Want to know what kills more police than bullets and liquor?” Joe asks String. “Boredom. They just can’t handle that shit.”) As much as Joe would like to emulate Charlie Stollers, it’s not an option; he needs to deal with the lightning rods like the Barksdales and Stanfield to secure the territory without which he can’t get his product on the streets, and many in his raucous family—most notably his nephew Cheese—have been seduced by the flashy side of the gangsta life. “I got motherfucking nephews and in-laws fucking all my shit up all the time, and it ain’t like I can pop a cap in their ass and not hear about it Thanksgiving time,” he rants to his Russian suppliers. (In all fairness, however, Cheese’s lack of discretion helps Joe discover that the cops are stepping up their wiretap operations in season three.)

Joe is a good 10 years older than the rest of the street figures we’ve met on The Wire, and though he’s unquestionably a survivor, he’s might be the last of his kind. The “co-op” approach to the drug trade that he persuades Stringer and his peers to adopt is eminently practical. “For a cold-ass crew of gangsters, y’all carried it out like Republicans and shit,” Joe says approvingly. But it has little appeal to a generation of players who see slinging rock as a means of fulfilling power fantasies rather than as a business. In a less violent culture, the co-op model could be a success, but only in a situation where de facto, off-the-books decriminalization ala “Bunny” Colvin’s Hamsterdam was prevalent enough to make turf wars a nonissue. If full-blown legalization was to occur, entrepreneurs at Joe’s level would surely be swept away as soon as the Wal-Marts and Phillip Morrises figured out how get a piece of the action.

Joe sees himself as a businessman first, and he does take his actual business seriously, repairing and reselling toasters for puny sums of money Avon wouldn’t bend down to pick up. But he’s all criminal; he may avoid violence personally, but his business model depends on manipulating others into spilling blood to serve his interests. The use to which Joe puts his fierce intelligence brings to mind a line from the titular leader’s narration in Spike Lee’s Malcolm X: “Cats that hung together trying to find a little security, to find an answer, found nothing. Cats that might have probed space or cured cancer—Hell, West Indian Archie might have been a mathematical genius—all victims of the American social order.” It’s a bit of a stretch to call Joe a potential Rhodes scholar thwarted by the system (if anyone on the series deserves that description, it’s D’Angelo Barksdale), but his brains could certainly serve better causes. And the close calls he’s experienced over three seasons prove that if he has a weakness, it’s that he’s not quite as smart as he thinks he is.

Like Bubbles, Joe is based on an actual person of the same name, and the real Proposition Joe’s preference for negotiation over violence could not keep him from getting gunned down in a Baltimore nightclub in 1984. Of course, that doesn’t necessarily mean the fictional Joe will meet the same fate: Although many storylines are based on cases journalist-turned-screenwriter David Simon reported (and which cop-turned-screenwriter Ed Burns investigated), Simon has been very clear about the lack of one-to-one plot parallels between the series and the historical record. “Some of these events actually occurred, and a few others were rumored to have occurred,” Simon writes in his introduction to the companion book The Wire: Truth Be Told. “But many of the events did not occur, and perhaps the only distinction worth making is that all of them could have happened [emphasis added].” Joe may still get backed into a corner, but the big guy seems smart enough to talk his way out and get back to business as usual.