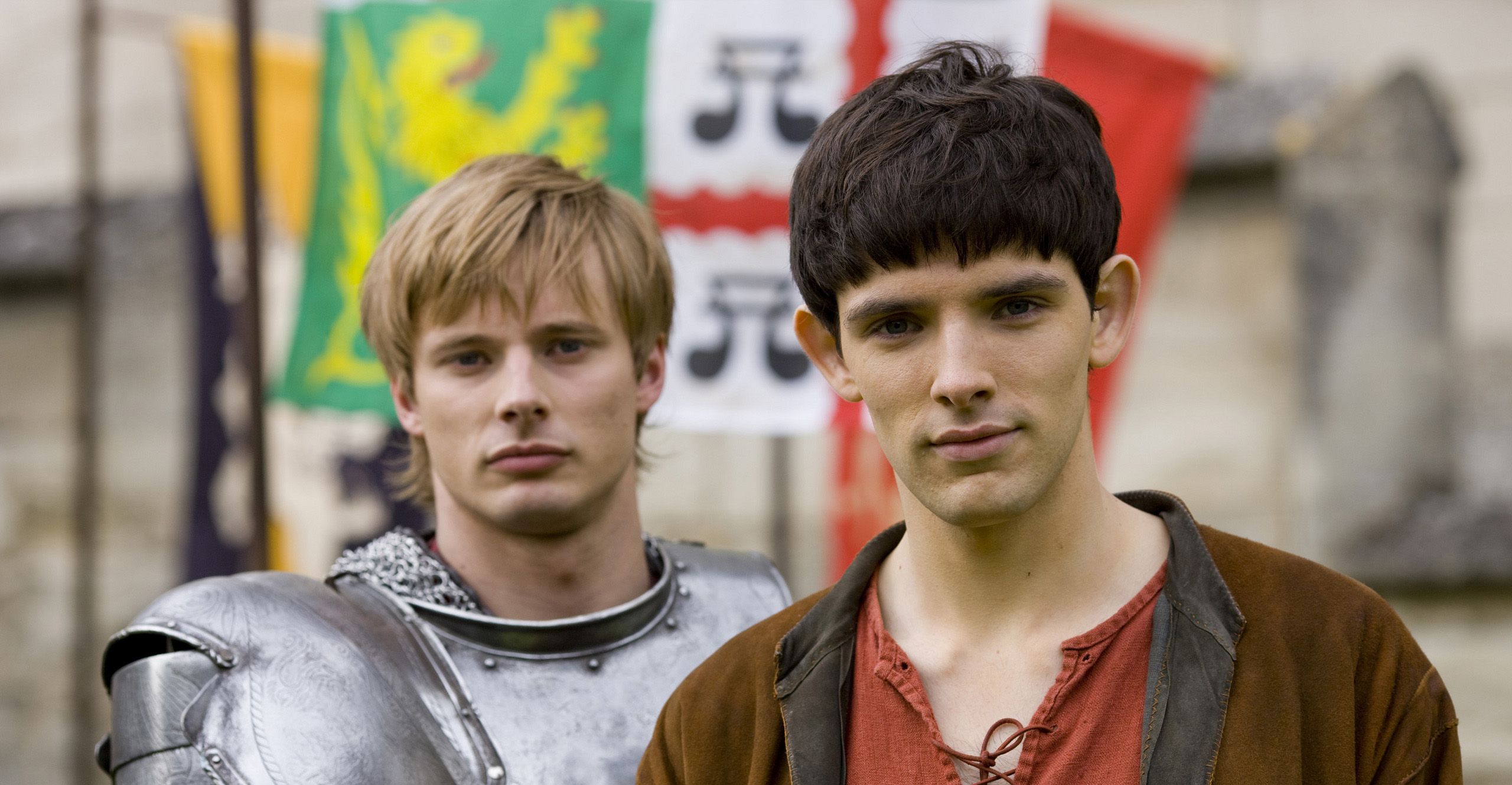 In early July, the Sci Fi Channel changed its name to Syfy in an effort to separate the network’s programming from its mouth-breathing, basement-dwelling image. It seems odd, then, that Syfy’s parent company, NBC, would go on to pick up the shamelessly geeky swords-and-sorcery series Merlin to lead its Summertime Sunday night lineup. While popular sci-fi and fantasy shows like Heroes and Lost have been successfully marketed to a wider, largely non-genre audience, the 13-episode British import maintains a niche appeal limited solely to fantasy fans. Make no mistake: Merlin is just the type of show where a knight on horseback skewers a griffin with a glowing lance.

Merlin follows the titular wizard as a young man (played by Colin Morgan) when he first arrives in Camelot, a kingdom where magic is outlawed and Arthur (Bradley James) stands as a mere prince. Much like Smallville, from which this show draws major influences, Merlin and his friends must fell magical monsters of the week through trickery and cunning, all while keeping Merlin’s own sorcery a well guarded secret. It’s all quite familiar territory to the genre, and the shreds of overarching plot sprinkled throughout each episode do little to alleviate the nagging sense that the show is heading exactly where it seems to be.

Still, Merlin isn’t without its charms. There’s a refreshing lack of pretense to the show’s presentation: Each episode boasts a new beast ripped from the pages of legend, be they giant spiders, fairy-like Sidhe, or a plague-spawning Afanc, and because of the show’s relative low budget and BBC-quality production values, the CG used in constructing these monsters harks back to Jason battling Ray Harryhausen’s stop-motion skeleton warriors in Jason and the Argonauts. Practically every episode features Merlin convening with the last of the great dragons, which lays imprisoned beneath the castle. While voiced brilliantly by John Hurt, the dragon looks like he was animated on a Sega Saturn; the dodgy effects add an oddly comforting sense of camp to the show, saving it from a burdensome need to be taken seriously.

Even with its quirky charm, though, the show’s formula begins to wear thin. Magical beasts confound the people of Camelot, while Merlin uses his powers on the sly to save the day. Even when the character lays comatose from a spell, he still manages—from the comfort of his own bedchamber—to save Arthur from falling into a bottomless pit of despair. Merlin would likely be more at home on BBC America sharing a lineup with the likes of Torchwood and Primeval, as its oddball British charm feels out of place on NBC.