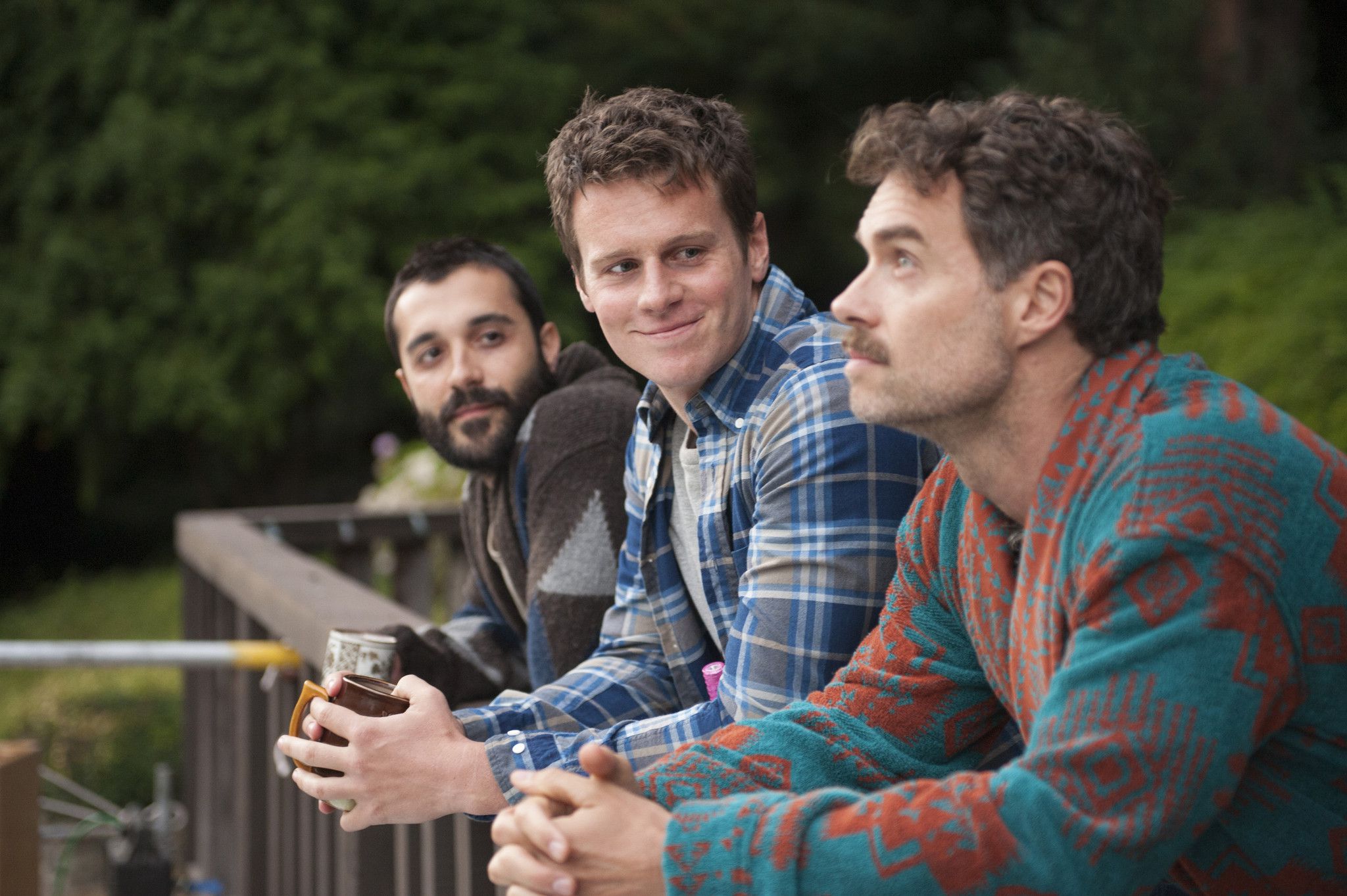 In the season premiere of Looking, “Looking for the Promised Land,” Patrick (Jonathan Groff) leads Dom (Murray Bartlett) and Agustín (Frankie J. Álvarez) to the base of a 1,400-year-old tree. In Northern California’s Russian River Valley for a restorative weekend, the trio approaches the gargantuan trunk as Patrick prattles on about Native American ghostlore in that half-cocked way of his, careless with details but painfully earnest. “Over a thousand years and it’s just stood there, knowing exactly what its purpose was,” he says admiringly. “To stand, and grow, and look good while doing it.” “This,” Agustín interrupts, “would be a great tree to get fucked against.” In other words, the new Looking retains the rumpled naturalism of its debut season, only it’s funnier, sexier, more attuned to the whole ensemble.

Full disclosure: I am, to paraphrase that old Sex in the City parlor game, such a Patrick, the sort of enthusiastic neurotic who would in fact say, selling a visit to a 1,400-year-old tree, “It’ll be fun, and educational!” I offer this information at the outset because Looking, for all its increasing assurance, continues to focus on a rather narrow slice of (relatively privileged, cisgender, white, urban) gay life, and if you live in that slice, as I do, the almost embarrassing precision of the details is at the heart of its appeal.

The driving force of “Looking for the Promised Land” is the pleasure principle, as each character’s attempt to escape temptation is thwarted by the onrush of desire. Patty, as he’s affectionately known, plans the trip to remove Agustín from the habits of casual sex and substance abuse that follow his breakup with Frank—and, as we learn later, Patty also wants to get away from his boss, Kevin (Russell Tovey). When Patrick proposes a no-drinking pact, Agustín recognizes the vacation for what it is (“Please, God, don’t tell me this is some kind of inter-fuckin’-vention,” he says), and the familiar conflict that plays out between them, with Dom in the role of neutral observer and Doris (Lauren Weedman) as the accelerant, structures the episode throughout.

I say “familiar” because Agustín and Patrick at first seem to represent two poles of a dispiritingly common argument, pitting “getting drunk and slapping some cock around your face” (Agustín) against “there’s more to life than sex, you know” (Patrick). In real life as in Looking, both sides tend to treat these respective positions as moral imperatives: To listen to those who consider Grindr an abject, shallow stab at immediate gratification, or frame the yearning for marriage as unthinking adherence to heteronormative, bourgeois values, is to feel, at times, that your dick has been staking out ideological territory independent of your mind. That these choices need not be mutually exclusive is self-evident, perhaps, but “Looking for the Promised Land” nevertheless debunks each side of the debate with deft reversals of fortune.

To wit, Patrick sneaks off to text Kevin, pretending to snap photographs of the surrounding wilderness while arranging a midnight encounter; Agustín develops another kind of intimacy with his new friend, Eddie (Daniel Franzese), admitting that he loved Frank “more than I thought” during a moonlit swim. That Patrick comes off here as a nagging hypocrite is unsurprising, though the forthrightness with which Looking examines his shortcomings is one of the keys to its emotional heft. Insecure and ill at ease, Patrick has long paid lip service to being above the fray; after all, it’s easier to blame one’s ostensibly noble motives for being unlucky in love than it is to acknowledge the flaws in one’s character. And so, even as he sneers at Agustín’s sexual predilections, Patrick keeps his ongoing affair with Kevin secret.

When the boys return to the cabin, on loan from Dom’s new beau, Lynn, Doris is there to stir the weekend from its ascetic slumber. “Oh, God, it’s like 1994!” she exclaims when Agustín hands out ecstasy a little later, and Weedman’s warm, playful energy suffuses the rest of the episode: The promised land of the title may be a party in the forest, but its surfeit of good feeling is heavenly indeed. While “Looking for the Promised Land” never exactly endorses Agustín’s hedonism (as he tells Patrick, “I deal with feeling like a shitty person by being bad”), the night becomes a fugue state, a dreamy departure; as Agustín commiserates with Eddie, Dom pops the proverbial cherry of his open relationship with Lynn and Patrick meets up with Kevin in the woods.

Yet it’s clear, even in the moment, that the enchantment is bound to wear off. Dom, poised uncomfortably on the edge of commitment, confronts images of Lynn at every turn, whether in the form of a cringe-worthy portrait or an open scrapbook. Agustín must eventually face the fact that he feels like a shitty person in the cold light of day. And Patrick seems destined to be disappointed by having to share Kevin with someone else. “Do that again,” he says after Kevin kisses him. “Maybe it’s the molly, but I can feel it in my toes.” The next morning, Patrick confesses the affair and The The’s “This Is the Day” brightens the soundtrack with its promise that “life will surely change,” but even he knows that the high fades, the spell lifts, reality beckons. “Can we all just watch the sunrise,” he asks, “and pretend that everything’s gonna turn out fine?”