Occasionally, when NBC shuts a door, it opens a window. Maybe not for Conan O’Brien, but for Dick Wolf at least, it seems the network is quite receptive. And why not? After all, Wolf’s Law & Order has become one of the most lucrative and resilient franchises since the Golden Arches. Swap the cast out entirely or set it in another country (like BBC’s recent Law & Order: U.K.) and the show’s strengths remain intact. The patented two-part structure of “Law” and “Order” could even be set on the moon without too much difficulty. So when NBC cancelled the flagship show earlier this year, it wasn’t exactly a surprise that Wolf would soon be producing yet another spinoff, this time set on the West Coast.

Transplanting the successful formula to L.A. should have been easy. But so far, Law & Order: Los Angeles has been a disappointment. Wolf and series producer Blake Masters seem to lack both the faith in their own formula as well as the courage to start anew. The result is a show that’s filled with halfhearted attempts to honor the classic elements of the franchise while at the same time updating them (the show opens with the familiar Steven Zirnkilton voiceover, but no Mike Post title music or credits sequence) mixed with misguided ideas about character development and local color. Instead of merely being set in the city of L.A., the show seems too eager to make it the central character, as if to say, “This isn’t your regular old Law & Order. This is Law & Order: LOS ANGELES.” But if you liked the old show, don’t worry. It’s still the same. Just sunnier.

Skeet Ulrich and Corey Stall play the new detective team, with Rachel Ticotin as their commanding officer, Arleen Gonzales. Like their numerous Law & Order predecessors, these characters are thoroughly professional and totally cynical, delivering their lines with the usual deadpan irony. While the private lives of Law & Order detectives are usually kept off screen, Ulrich’s Detective Rex Winters is given a backstory here. We learn that he cheated on his wife with his former partner (Teri Polo), with whom he’s now married with two kids. Stoll’s Detective Tomas “TJ” Jaruszalski, on the other hand, is defined more by his bald head and mustache than by any unique personal characteristic. The only thing we know about him is that he spent three years in Vice before partnering up with Winters in Homicide. The truth is that we don’t need to know anything about these characters other than what they say and do while carrying out their job. At least Ulrich possesses some charisma; Stoll could easily be replaced by a mannequin without anyone being the wiser. (The bigger names are saved for the prosecution: Peter Coyote is the District Attorney while Alfred Molina and Terrence Howard split duty as ADA of the week.)

Not that any of this should really matter. The genius of Wolf’s format is that it’s about procedure rather than character. We watch the process of the criminal justice system and are presented with stories in which this system is challenged. But this is the main source of trouble for Law & Order: Los Angeles. With a pair of bland leads and a supporting cast that plays musical chairs from episode to episode, the stories needed to be knockouts. Unfortunately they’re not. Cases about beachfront property and women’s rights on oilrigs aren’t exactly issues to get excited about. The original series often found its best material in real life. “Ripped from the Headlines” became a mantra for the program and the new show attempts to continue this tradition, but without using the real-life story as a vehicle to examine the underlying issue, this seems less like smart writing than simple tabloid exploitation and a creative dead end. One episode, involving a politician with a pregnant mistress and a cancer-stricken wife, is basically a retelling of John Edwards’s last few years. But instead of using the Edwards story to say something meaningful about fidelity or hubris or the addictive nature of power, the episode merely recounts the beats of the well-known story without reshaping it into drama.

As for the “local color,” an attempt to give the show some street cred is tiresome and stale. Wolf and Masters seem to think that by featuring surfing, medical marijuana, and “young Hollywood gone wild,” viewers will think the show is showing us the real L.A. But you can find more of the real L.A. by watching five minutes of TMZ. The show needs to get tougher by moving past the glitzy L.A. exterior and focusing on stories that challenge the viewer’s values. The best episodes of Law & Order were about the circumstances of the crime and the moral dilemma that the crime presented to the criminal and those whose job it was to catch or punish him or her. This is what elevated an ordinary police procedural into gripping drama. So far all we’ve seen in Law & Order: Los Angeles is procedure.

Three Pines Review: A Detective Tale That Offers Less Than Meets the Eye 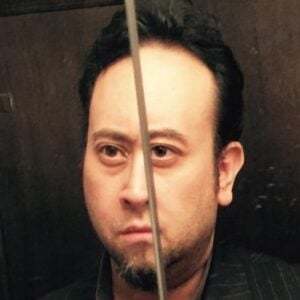