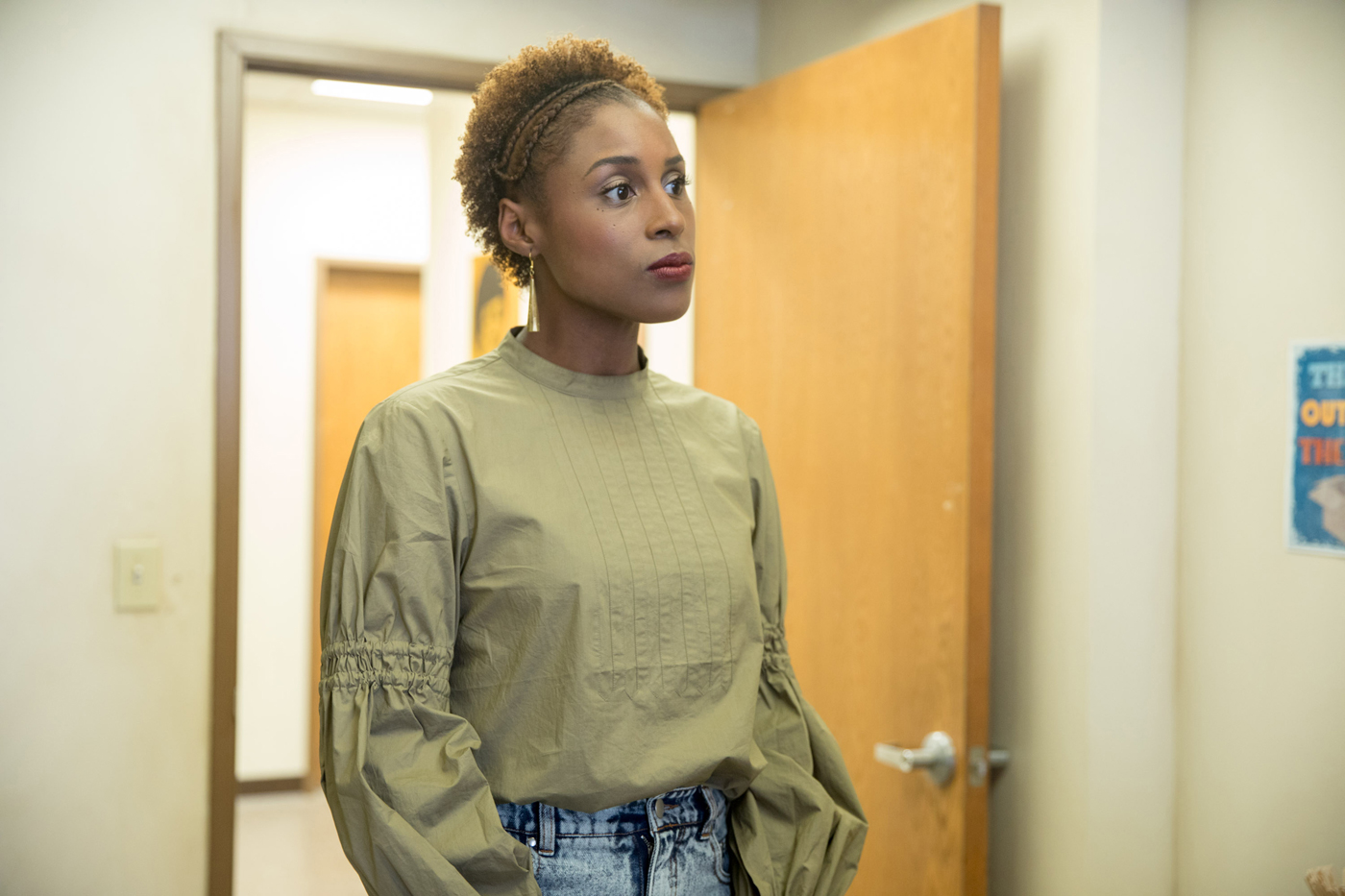 There comes a moment in “Hella Shook” when each of Insecure’s protagonists must ask themselves a very important question: Am I really living my best life? This question is incited by a variety of questionable behavior, whether it’s a dick pic-prompted car crash, a bout of aggressive Facebook stalking, or misguidedly holding out for Mr. Right. Unfortunately for Issa (Issa Rae), Lawrence (Jay Ellis), and Molly (Yvonne Orji), the answer to the question is a resounding “probably not.”

More than any other character on Insecure, Issa is operating under the assumption that she’s, in fact, living her best life; she’s gathering a “hoetation” of men and Tindering with aplomb. But I wonder if Issa knows that putting one’s thirst on a pedestal does not a best life make. She’s yet to master the juggling act of putting her hoetation in order, and hers only has two members: “neighbor bae” and Daniel (Y’lan Noel). The sudden influx of text messages throws Issa off; while she’s driving, an errant nude pic from a potential hookup sends her slamming into the car in front of her. (Based on her carefully pumping less than 10 dollars’ worth of gas into her car, something tells me Issa will be short on funds to fix the wreckage.)

Issa’s messages to Daniel, who she’s known for years, err on the side of callous, her flirtatious “WYD” quickly seguing into a distant “something came up.” Issa deserves credit for being upfront with Daniel this time around—she tells him she’s seeing other people and wants to keep it casual—but one gets the feeling that he wants to be more than just a member of her hoetation given how he approaches her with a certain amount of care and intimacy.

Issa and Daniel’s reunion is also at the center of Lawrence’s storyline. After seeing the pair in a Facebook picture, Lawrence falls into the rabbit hole of social-media stalking. He begins to paint Issa as a worse person than she is, assuming she’d been cheating for much longer than he thought. Derek (Wade Allain-Marcus) convinces him otherwise drops a much-needed truth bomb in the process. “Honestly, this ain’t all on Issa,” Derek says when the pair meets up for drinks. He goes on to reiterate a similar point that Kelli (Natasha Rothwell) made earlier this season—that Lawrence was on Issa’s couch for two years, content to let her pick up the financial slack.

This may be a blow to #LawrenceHive apologists, but it’s the first time on Insecure that someone directly confronts Lawrence about his own flaws in regard to his relationship. More broadly, the episode gives a male character the space to obsess over an ex and reassess his emotions—reactions that are usually only afforded to the female characters.

While Issa focuses on her hoetation and Lawrence obsesses over his past, Molly’s beliefs are reinforced at her parents’ vow-renewal ceremony. It’s only fitting that she brings Lionel (Sterling K. Brown), the good-on-paper guy, to an event in which stability and perfection are being praised. At least, that’s what Molly thinks. She learns that her father once cheated on her mother, and the realization that the relationship she most admires isn’t perfect leaves her in shambles. Molly has always valued perceived perfection over actual happiness, so the news throws a wrench into her entire belief system. It also leads her to abandon Lionel and sleep with Dro (Sarunas J. Jackson), who she’d previously discounted because of his unorthodox open marriage.

Although it’s commendable that Molly is finally switching up her relationship expectations, it’s hard to imagine this will end well, as Dro can’t be entirely emotionally available to her. If sleeping with him suggests that she’s capable of change, it will be interesting to see if she can make a similar adjustment in her work life. In “Hella Shook,” Molly’s co-worker in Chicago suggests that she shouldn’t feel beholden to a firm that doesn’t treat her as well as it could. But Molly loves stability, and it will take more than a romp with Dro to fundamentally alter her character. Perhaps Molly should heed the advice her therapist gave her in “Hella Questions”: If her life didn’t turn out the way she pictured it, would she feel comfortable with it looking a different way?

Review: The Tick: Season One