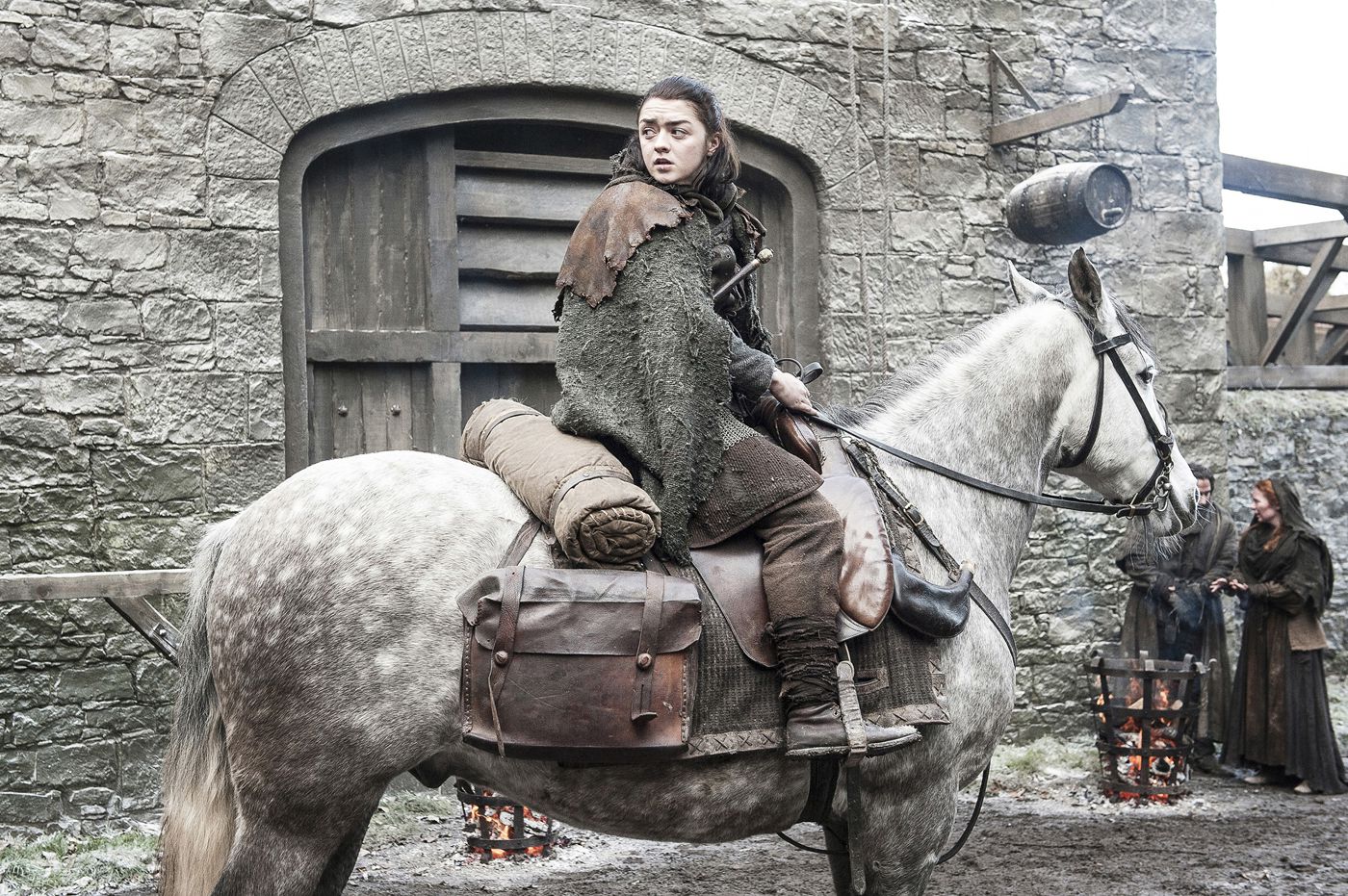 Once upon a time on Game of Thrones, Oberyn Martell made an oath to Cersei Lannister (Lena Headey), promising that her daughter, who’d been sent to Dorne as part of a marriage treaty, would be treated well: “We don’t hurt little girls in Dorne.” After Oberyn’s death, however, his vengeful lover, Ellaria Sand (Indira Varma), did precisely that, poisoning the innocent girl. Now, months later, Tyrion Lannister (Peter Dinklage) calls Ellaria to account for that, passionately arguing before Daenerys Targaryen (Emilia Clarke) that they be more than indiscriminate murderers. It’s one of many callbacks to past actions that are brought up in “Stormborn,” an episode that’s not only packed with intrigue, intimacy, and insanity, but also with a richness of history.

Throughout the episode, there’s a desirable shorthand employed by writer Bryan Cogman. When Qyburn (Anton Lesser) demonstrates to Cersei the dragon-killing ballista in the crypts of King’s Landing, the scene avoids unnecessary exposition by referencing an earlier episode in which one of Daenerys’s dragons was wounded by spears in Meereen. And no time is wasted in reintroducing Randyll Tarly (James Faulkner). When Jaime Lannister (Nikolaj Coster-Waldau) urges Randyll to renounce his loyalty to House Tyrell and to fight instead for the crown, viewers can remember (given how rigidly he cast out his own son) just how highly the old general values honor. And as for Randyll’s son, while the decision that Sam (John Bradley-West) makes to attempt to cure Jorah Mormont (Iain Glen) might not seem relevant to the larger plot, it at least makes sense from a character perspective, given that it was Jorah’s father, Lord Commander Jeor Mormont, who became Sam’s surrogate father in the Night’s Watch.

These moments rely on the past, but they don’t dully dwell on it, allowing for the episode’s action to move relentlessly forward. That doesn’t mean that there isn’t time here for intimacy, as when Arya Stark (Maisie Williams) reunites with two old friends, or when the Unsullied’s commander, Grey Worm (Jacob Anderson), at last professes his love for Daenerys’s aide, Missandrei (Nathalie Emmanuel). But such comparatively small-scale and quiet scenes don’t exist in a void, as they serve to inform the show’s much larger scope.

The case of Grey Worm and Missandrei stands as a definitive rebuttal of the idea that those from Essos are nothing more than “foreign savages and eunuchs.” If anything, whereas Grey Worm once fought to fearlessly die for others, he now has a “weakness”—a woman who he cannot bear to lose—that makes him more human, and him fight even harder. Notably, while Game of Thrones has often been (rightly) criticized for its gratuitous nudity, the moment during which Missandrei glances upon Grey Worm’s castrated body is profound, not profane. It’s a beautiful realization of what Tyrion’s getting at when he suggests that Daenerys should attempt to take the Seven Kingdoms as bloodlessly as possible, that she not be “Queen of the Ashes” or succumb to the mindless violence and fear of the vengeful Olenna Tyrell (Diana Rigg).

“Stormborn” suggests that Game of Thrones is through playing around. When Tyrion recommends that Daenerys seek an alliance with Jon Snow (Kit Harington), vouching for the man based on their time spent traveling to the Wall, the episode cuts immediately to Jon’s receipt of Daenerys’s raven. Now it’s Sansa Stark (Sophie Turner) who cuts to the quick, there to vouch for Tyrion based on their own shared history. A second raven, this one delivering the information Sam discovered in “Dragonstone,” seals the deal, sending Jon and Davos Seaworth (Liam Cunningham) off to meet with Daenerys, leaving Sansa to rule as acting Queen of the North.

The episode sets up future conflicts without sacrificing its rapid pace. There’s mutual animosity packed into a brief exchange between Littlefinger (Aidan Gillen), who still has intentions on Sansa, and Jon, who despises and distrusts the man. And newly arrived at Dragonstone is Melisandre (Carice van Houten). Her presence clarifies an important prophecy (and comments on the sort of casual sexism that causes Westerosi scholars to translate genderless pronouns as male); it also puts her in place for an immediate confrontation with Davos, who once swore to kill her if ever he saw her again.

Accelerated as this plot may be, it never feels overstuffed. En route to King’s Landing, Arya Stark (Maisie Williams) encounters her old companion, Hot Pie (Ben Hawkey), a moment which both calls back to Arya’s childhood—just look at the way she digs into a pie—and serves to inform her that her family has retaken Winterfell. Then, having changed course toward the frozen North, she comes upon her old direwolf, Nymeria, who, like her, has grown up into a savage beast. And yet, when the two old friends commune, they both have the innocent eyes of puppies. In the broader scope of the series, then, it’s up to Arya to decide how to play the game: You can go back home again.

Informative as the rest of “Stormborn” is, it’s the action-packed finale that brings everything home. Here, Yara (Gemma Whelan) and Theon (Alfie Allen) are ambushed by their uncle, Euron Greyjoy (Pilou Asbæk) before they can reach Dorne, and Ellaria is taken as a prize for Cersei. Game of Thrones sometimes draws out its action sequences, but there’s a ruthless efficiency and immediacy to this surprise attack. Every shot is designed for maximum effect, from Euron’s wood-shattering descent onto the ship, to the berserker-bloodied way in which dispatches Nymeria (Jessica Henwick) and Obara (Keisha Castle-Hughes), entirely on his own before capturing Yara.

As for Theon, that “cockless coward” makes good on one of the show’s longest arcs—not because he saves his sister, but because he continues to struggle with the effects of his torture at the hands of Ramsay. The episode doesn’t need flashbacks to reflect this; instead, it cuts between Theon’s face and the butchery he’s surrounded by. Each horrifying image hacks away at his emotional resolve until all that’s left of him is the haunted expression he wore as Reek. When he dives overboard, we follow him, just as with “Stormborn,” Game of Thrones plunges ahead and trusts us to follow along.