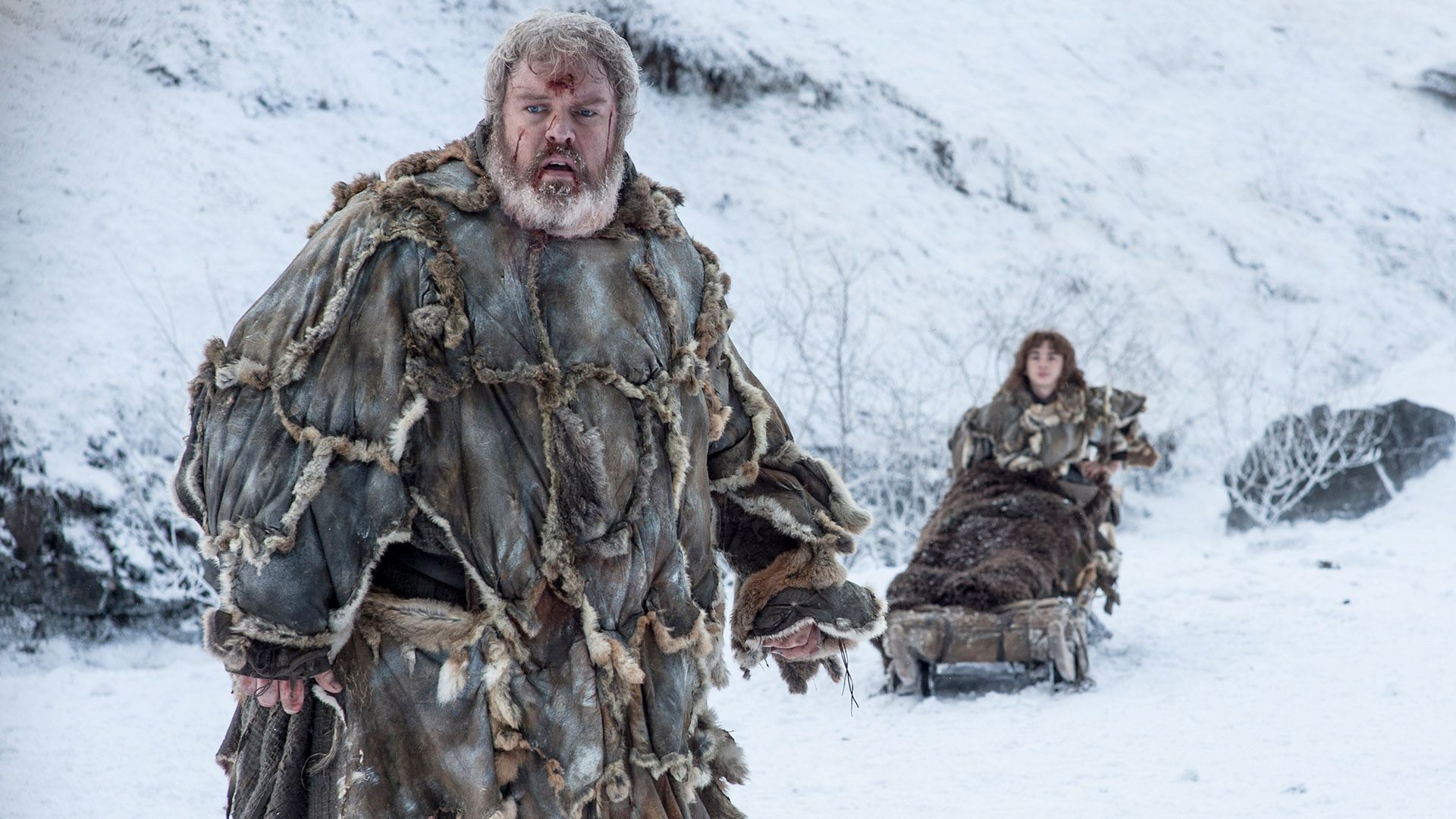 Contrary to the structure of most serial television, Game of Thrones tends to peak with its penultimate episode, leaving finales open to operate as a form of self-summary. They take stock of the dead, consider the implications of arc climaxes, and anticipate how characters will move forward in the subsequent season. This structure fits with the mission statement of George R. R. Martin’s books: to dispel the orthodox narratives and tone of fantasy to consider how magic and dragons might impact something closer to medieval history and anthropology.

This season, the arc that foregrounds this ambition most plainly is Daenerys’ (Emilia Clarke). After liberating the slave city Meereen early in the season, Daenerys has spent the rest of her screen time dealing with the pressures of maintaining the city as slaves struggle to adjust to freedom and their deposed masters organize bloody resistance. Her story tears apart the sense of victory that fantasy usually ascribes to conquest, and if her narrative seems stagnant, that’s crucial to its intended effect. Dany never gets a break this season, but the finale, “The Children,” threatens a whole new level of conflict when a peasant tearfully brings the dragon-charred bones of his daughter to her feet.

This fatalistic view of military triumph similarly characterizes the follow-up with the Night’s Watch. Having successfully organized a defense of the Wall, Jon Snow (Kit Harington) rides out to meet with Wildling king Mance Rayder (Ciarán Hinds) and finds desperately suing for peace unnecessary when Stannis Baratheon (Stephen Dillane) shows up with reinforcements. Instead of any feast or celebration, however, the Battle for the Wall officially closes with a few words said for the dead and torches promptly taken to corpses to prevent the resurrections brought on by White Walkers.

The episode’s title refers to the mysterious race of a creature Bran (Isaac Hempstead-Wright) and his companions discover when they suddenly run afoul of some sword-toting living skeletons who look as though they came from Ray Harryhausen’s Jason and the Argonauts on ski holiday. The sequence, which sports not only these living dead warriors, but the aforementioned Child of the Forest lobbing what appears to be holy hand grenades and the introduction of the ancient individual who’s influenced Bran’s dreams for several seasons, seems like a last-ditch effort to make Bran and his seemingly directionless story relevant to the audience’s interests.

Not even this can make Bran interesting, though at last he appears to be heading in some discernible direction instead of just trudging around tundra looking for an epiphany. But if the title of the episode refers to the new creatures Bran and company briefly meet, it also links together the dramatic thrust of the other characters’ stories. The episode’s Father’s Day airdate is a perfect bit of kismet. Fathers are in short supply in Westeros these days, having died in the civil war or perished long ago, but paternal (or rather, patriarchal) characters latch on to abandoned kids. Often, this proves more harrowing than it’s worth: Arya (Maisie Williams) has spent two seasons tagging along with stated enemy Sandor Clegane (Rory McCann), the brutally violent cur known as the Hound, with whom she enjoys a tenuous armistice. The episode brings this relationship to its close with a deviation from the books that sees Arya and Clegane cross paths with Brienne (Gwendoline Christie). Obviously a means of letting the two like-minded female characters share the frame, the scene does at least lead to a great fight between Brienne and the Hound. Or at least, it would have been a great fight if Alex Graves hadn’t once again bungled a duel with empty coverage and the editing hadn’t obscured the handful of good shots, like split-second one-shots of the backlit fighters spitting silhouetted blood. Yet the scene’s defining moment isn’t its violence, but how bluntly Clegane dismantles Brienne’s single-minded loyalty, pointing out that Arya, having lost nearly every member of her family, has no reason to go with Brienne, because nowhere in Westeros is safe for her. Arya has no say in this conversation, which only stresses how powerless and vulnerable the girl really is when viewed from a more removed perspective than the one that’s reveled in her growing toughness.

The father at the heart of the episode, though, is Tywin (Charles Dance), the forever-plotting patriarch of the Lannister clan. Tywin’s self-interest knows no shame: He basks in the execution of his scheme to finally rid himself of the son he believes sullies the family name while also convincing his favored child to reclaim the inheritance he renounced. Not content to simply be a chess master making aggressive moves against his own flesh and blood, Tywin clearly relishes the chance to win any victory, no matter how heinous. The smug grins he allowed himself during Tyrion’s (Peter Dinklage) trial, each one punctuating the cruelest moments of character assassination, are nothing compared to taking Shae (Sibel Kekilli) as his own prostitute in a final act to ruin whatever his child held dear.

Tywin’s bottomless depravity in the name of upholding an honorable, perfect image helps make the dual rebellions of Cersei (Lena Headey) and Tyrion satisfying despite what it says about both of them. Cersei, as pleased about her brother’s sentence as her father, nonetheless reacts bitterly to his repeated assurances that she will remarry, suddenly realizing that she’s ultimately as dispensable as Tyrion. So, she comes clean about her relationship with Jaime (Nikolaj Coster-Waldau), which doesn’t surprise him even as he clearly reels to hear it said aloud.

As for Tyrion, he exacts the ultimate revenge. Dinklage got to flex his thespian chops in his trial episode with a vituperative speech in reaction to his father’s shaming, but the sheer despair that fills Tyrion’s eyes when he sees Shae in Tywin’s bed is more powerful. Dinklage always put a swagger into Tyrion’s step, a defiance born of a lifetime of seeing the world from the position of a nobleman nonetheless treated like a serf. In Tyrion’s mind, he’s seen it all, and even had an early love interest handed off by his father to a garrison of soldiers to be raped. But to see Shae here reminds him that this world still has ways to kick him like he’s never been kicked before, and when he stumbles to the bathroom to confront Tywin with a crossbow, shooting him seems a relatively mild, swift punishment for his crimes.

This is the most plot-dense season finale of Game of Thrones to date, and as such it offers few of the grace notes that characterize the typical closers. Exceptions crop up here and there: The Hound nearly pleading for death at Arya’s hands proves far more heartbreaking after watching Williams and McCann develop double-act chemistry than it does on the page. Hinds invests Mance with such world-weariness that despite being absent for a season, he can still strike up a fatherly, disappointed rapport with Jon when he sees the young man back in Night’s Watch uniform.

This lopsided ratio of narrative to elegance reflects the last few episodes of the season more than its incredibly strong first half, but “The Children” provides one last sense of direction before the show gears up to delve into the series’s two loosest novels to date. When shackled to Martin’s latest bloodletting, Game of Thrones is a shamelessly calculated but extremely effective page-turner. Perhaps when the show reorients around much humbler narratives, it will be free to pursue more of the small touches that distinguish its most resonant moments.

Orphan Black Recap: Season 2, Episode 9, “Things Which Have Never Yet Been Done”