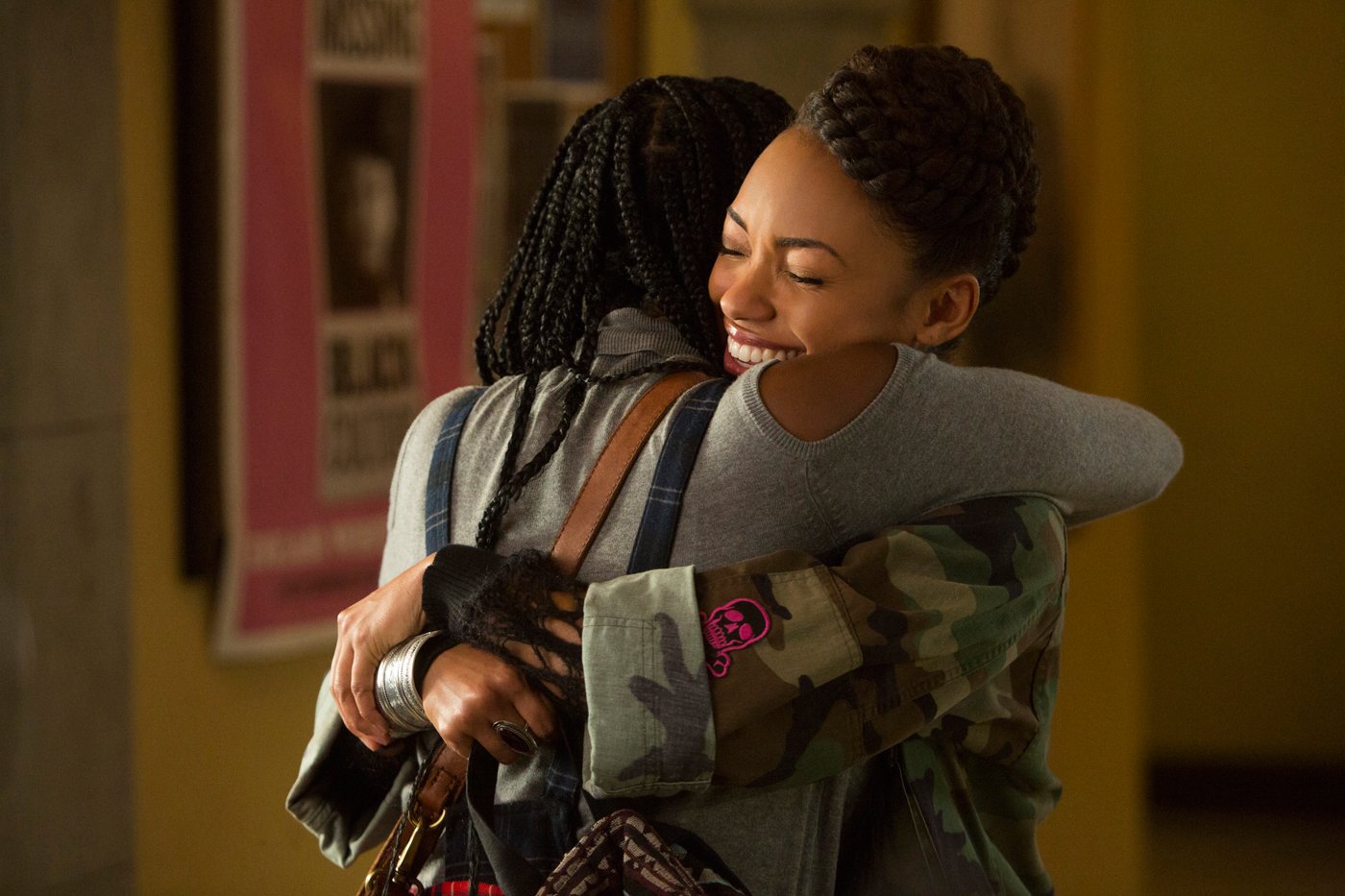 Writer-director Justin Simien’s Dear White People arrived on a wave of incredible American independent films about black identity. Next to films like Fruitvale Station, Blue Caprice, An Oversimplification of Her Beauty, and 12 Years a Slave, it seemed overly obvious, if deeply felt—a lecture to the converted. The new series version of the film, however, benefits from the expanded scope and focus that comes with its conversion to 10 half-hour episodes. The additional writers have helped Simien add specificity, greater emotional stakes, and a more complex look at black identity in a white world. In short, the characters now seem more human and less like mouthpieces.

Dear White People is a funny and heartbreaking look at the thorniness of trying to develop one’s identity on the cusp of adulthood. The writers know that every cause that the students at the fictitious Winchester University champion is half as important as they imagine. Every raised fist and “welcome to the revolution” that the kids in the Black Student Union run by campus revolutionary Reggie (Marque Richardson) extend to each other has a slightly preposterous ring at first, as their biggest enemies on campus, the white kids at a Halloween party where guests are encouraged to show up in black face, are written as a dim-witted, less hostile version of American racists (they’re too dumb to organize behind their worst ideas or do any lasting damage). When the very real threat of the outside world is introduced midway through the season, the action of the BSU suddenly becomes monumental. Tough-as-nails Reggie has the show’s most emotional scene when he’s suddenly faced with a formidable version of the white monster, in the form of campus security, he’s raged against all season long. The intrusion of violence quickly sobers up the pointedly flippant and joke-heavy series.

Those jokes land about half the time, relying on the kind of thematic repetition found on Aaron Sorkin shows and Gilmore Girls. When the humor falls flat, however, the serpentine dramatic arcs more than carry the load. The writers eagerly flesh out characters initially portrayed as one-dimensional throughout the breezily paced season. Reggie, college dean’s son Troy (Brandon P Bell), and Troy’s girlfriend, Coco (Antoinette Robertson), are introduced in the pilot as broad types, roadblocks to the radicalized DJ Sam’s (Logan Browning) journey to self-actualization. By Dear White People’s fourth episode, directed by Tina Mabry, we’re feeling the pain of these people based on lifetimes of prejudice and posturing.

Coco gets perhaps the most revealing and painful backstory as we see the hoops she has to jump through to be accepted by both her white and black peers, which causes the rift in her and Sam’s friendship. The white girls ask less of her, which she doesn’t take for granted. Relative blackness comes between Sam and Coco when they begin using it as a yardstick for authenticity. Coco is the only one who sees through what she calls Sam’s “blacker than thou” attitude. There’s an inspired joke about Sam changing the music in her headphones when other black students walk by that illustrates the demands of Sam’s racial performance. Their clear exhaustion at constantly projecting to cover their weaknesses gets under the skin.

Dear White People announces its completely sincere, unique personality right away, with characters looking right to the camera to further play with the “college as bubble” idea. It’s one of a few devices proudly credited to filmmaker Spike Lee, for whom characters routinely announce their affection. Yes, this is only a television show, and real political action will really begin when these kids graduate (or when the viewer turns off the TV), but there’s undeniable power in these characters’ gestures, words, and confidence.

It’s tough to oversell the direction, which handily makes the series more cinematic than the film that inspired it. In the first episode there’s a montage of Joelle (Ashley Blaine Featherson) and Sam walking across campus that perfectly captures the feeling of days running together as classes become of secondary importance. Their shared experience, unhurried stride, and singular fashion links them as the rest of the campus becomes a homogenous blur. Cinematographer Jeffrey Waldron’s color palette is defined by deep greens, reds, and golds, rounded out with hazy pastels. The bolder colors in the clothes and set design pop out violently, making the faces of the perfectly lit leads a soft resting place for the eye. Look no further than an erotic reverie in which closeted student journalist Lionel (DeRon Horton) reimagines Troy cutting his hair as a sensual daydream. Their mutual abandon is intoxicating. The visuals also deftly explore the nostalgic affection most people associate with school without forgetting the insidious threat of racial violence. Waldron’s shallow-focus compositions highlight each character’s feelings of being an outsider in what should feel like their community.

Dear White People discovers ecstatic highs in the midst of fear and violence. The victories the series rightly celebrates are when these kids, angry and pessimistic, learn to embrace their buried selves, to refuse problems that cull them from their peers. These moments don’t coincidentally happen around their sexual schedules; divining one’s identity is a rush that the series treats with the carnal immediacy of its many sex scenes. Simien’s camera justifiably tries to make icons, like sculptures of Greek gods, out of his heroes. Not because he believes they’re infallible, but because he sees in them the potential for reflection, for changing their small corner of the world from within. He sees jaw-dropping power in their ability to say “no” when they’ve become fed up, even if it’s with their own choices.