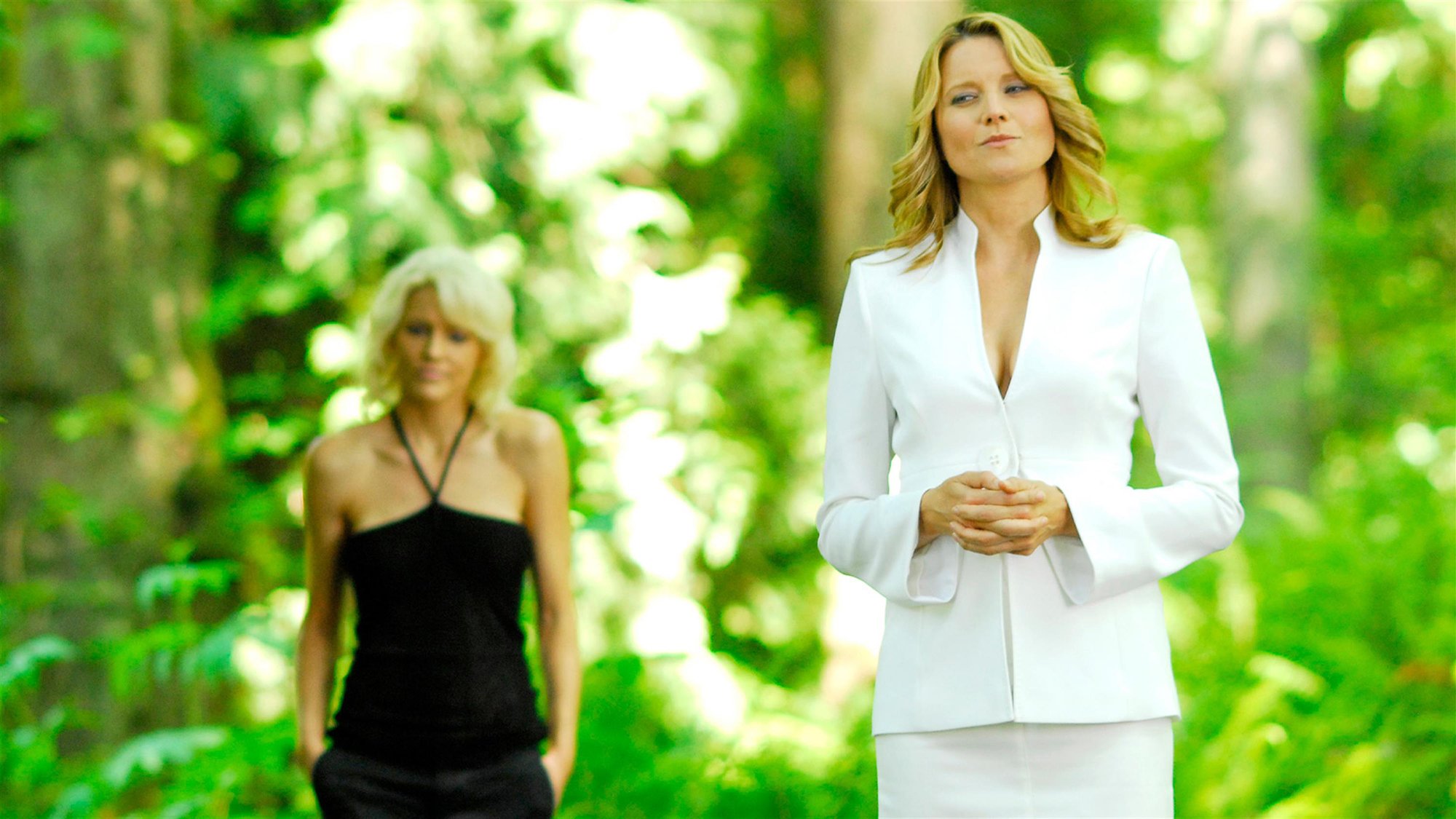 Battlestar Galactica knows how to pose a moral dilemma, but Friday night’s episode, “A Measure of Salvation,” did it less gracefully than usual. Written by Michael Angeli and directed by Bill Eagles, the installment’s B-story was willing to show the psychological ramifications of an already fragile man being subjected to torture, but its A-story, which raised the issue of whether a civilization could commit genocide if its survival was at stake, was curiously inclined to pull its punches. Obviously, the humans couldn’t wipe out the Cylons with the virus they found at the end of last week’s episode (as that would eliminate the need for a show), but actions by some characters went unpunished, and an interesting moral debate was shunted off into the background. In many ways, this was an “up-and-back”—TV writer parlance for an episode of a show (or an act within that show) that doesn’t change anything; a narrative that heads toward a destination, then just as quickly retreats from it.

That’s not to say that this was an awful episode. There was good stuff here to get you through the rough patches, particularly the reuniting of Mary McDonnell (as the steely President Laura Roslin) with the rest of the cast. The oft-pedestrian Galactica scenes were improved considerably just by having her in them. I’ve raved about their work before, but McDonnell and Edward James Olmos (as the steadily softening Admiral Adama) provide such a solid foundation that an episode could consist of two bookending scenes with the two actors and dead air in between and not be a total loss.

What’s more, the scenes featuring the Cylons and Baltar (James Callis, whose performance is somehow reaching new heights of restrained theatricality) were once again significantly better than those among the Colonial fleet. The Cylons, who also knew of the potentially fatal virus, tortured Baltar out of certainty that he had something to do with it, since he sent them to the spot where they found the beacon containing the virus. The Cylons’ torture process wasn’t as grittily visceral as when Starbuck (Katee Sackhoff, who got just one line this week) “interrogated” a Cylon in the season-one episode “Flesh and Bone,” so most of the burden for showing the pain of the procedure fell on Callis. He shuttled us between the very real room where he was being tortured (apparently by having electrical current coursed through his body, then by having some device shoved into his ear) and a hallucination wherein Number Six (Tricia Helfer) tried to talk him through finding his way out of his latest predicament. The scenes ended with a nicely ambiguous moment between Baltar and D’Anna (Lucy Lawless). Baltar, blood streaming from his ear after D’Anna’s torture, cried out to the Six in his head that he loved her as she (apparently) brought him to orgasm. D’Anna looked on in puzzlement, then something approaching understanding. Does she know about the hallucinations? Did she assume his cries of “I love you” were directed at her? Is she the author of the oft-mentioned chip that may or may not be in Baltar’s head? I suspect the middle is the case, but an argument could be made for any of these.

The Baltar torture scenes were also notable in that they didn’t shy away from what was happening. Aside from the early scenes (including a gorgeous special effects shot early on, showing the useless husks of Cylon raiders floating aimlessly in space near the infected basestar), we got little sense of how the virus affected the Cylons or why it hurt them so badly. Perhaps this wouldn’t have been so necessary in an episode that more fully engaged its central premise of the debate over using the virus to wipe out the Cylon race. But after an initial, well-written scene where only the married-to-a-Cylon Helo (Tahmoh Penikett) argued that committing genocide was an unacceptable option for the humans no matter how safe it made them, the episode seemed to agree with Roslin’s opinion that wiping out the Cylons was worth enduring the stern eye of history—that releasing the virus was something of a fait accompli. From there, we had only to wonder how the Cylons would avert their decimation, and it came at the hands of Helo, who killed the Cylons who were to download the virus to the others before the Colonials could do the deed first.

Helo, however, was not punished. Adama decided to let well enough alone, even though Helo’s actions, moral though they may have been, defied a direct order of the President. One of the more curious flaws in Galactica is that it often suggests that the military man or woman who does the “right” thing in a situation loaded with moral ambiguity—even if it goes against orders—won’t necessarily encounter any punishment or resistance from higher-ups. Admittedly, the show offers an idealized military commander in the form of Adama, who is both a great boss and a gruff father figure to his pilots, and the Pegasus arc that marked the midpoint of season two did focus on a leader who would allow no questioning of her policies whatsoever. But the idea that Helo could transform a winnable war back into the unwinnable one that continually dogs his species without enduring so much as a slap on the wrist struck me as false.

Perhaps that’s too much carping about an episode that offered a few memorable moments, some solid acting and a couple of key plot advancements (we learned, for instance, that the beacon infected with the virus was definitively placed there by the people who went on to settle Earth). But Galactica can so often grasp the horror of the moral quandaries of war that when it glosses over something as huge as genocide, it feels slightly off, as if the series had bitten off more than it could chew.