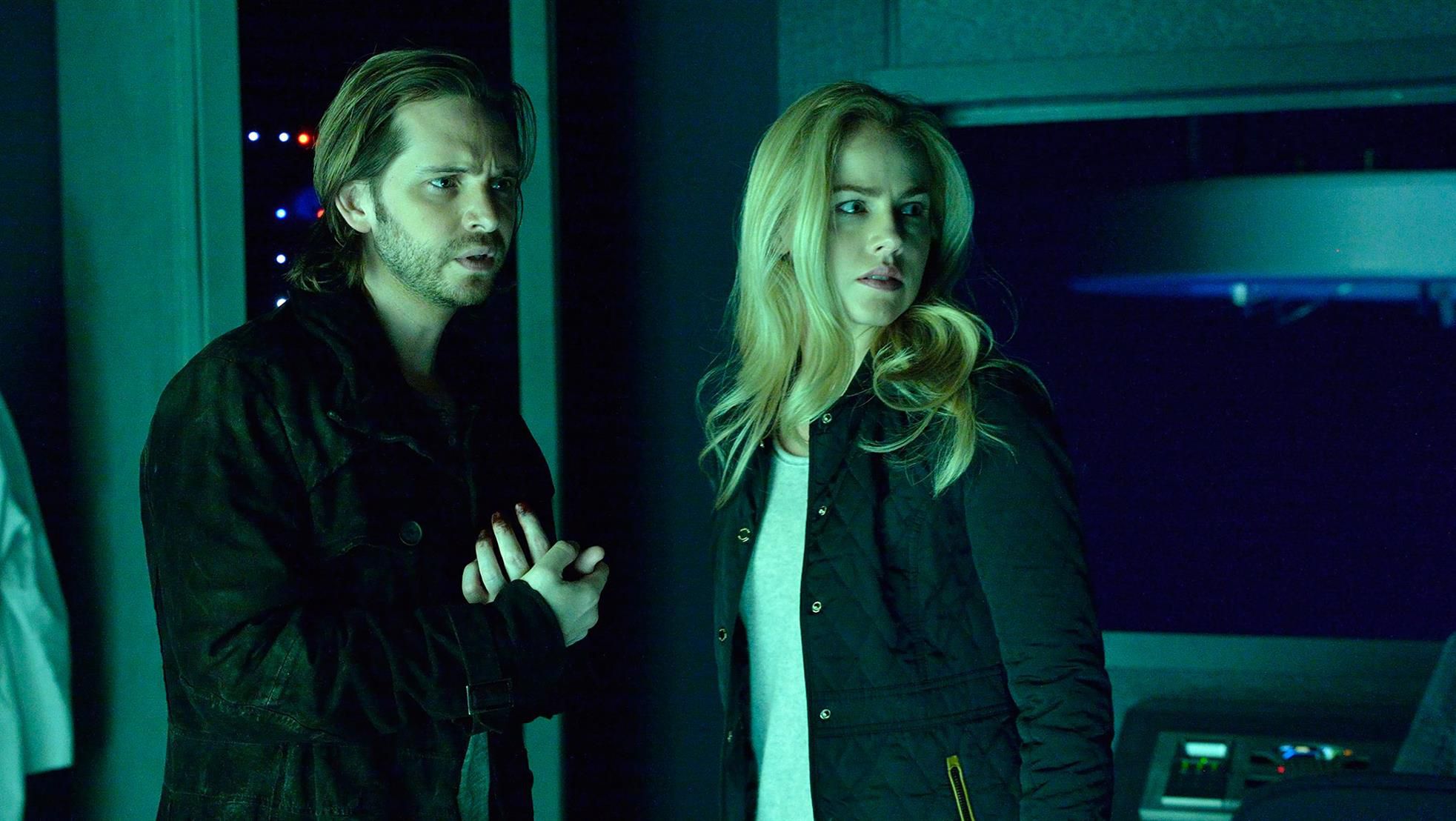 Terry Matalas and Travis Fickett’s 12 Monkeys revels in dispiritingly routine sci-fi action; it’s yet another enterprise that uses the notion of time travel as an excuse to alternate chase scenes with prolonged bursts of expository blathering. The Terry Gilliam film that serves as the show’s inspiration has been pilfered for plot points so generic that they could’ve been taken from a Terminator sequel or from other shows concerned with apocalyptic plague, such as The Walking Dead or The Strain.

As in the film, there’s a troubled hero, James Cole (Aaron Stanford), who’s sent by a group of bumbling scientific bureaucrats from the future to the present to stop bad guys from spreading a disease that will wipe out seven billion people, leading to a society that hides underground in a gray and dank series of caves that resemble a contemporary city ghetto writ large. Similar to the film, James hooks up with a brilliant doctor, now called Cassandra Railly (Amanda Schull), and the two set about battling those who’re connected to a mysterious entity known as the Army of the Twelve Monkeys.

But that’s where the similarities to the film (much less to the film’s own source material, Chris Marker’s classic short, La Jetée) end. Gilliam, as is his wont, wasn’t interested in plot, but in the metaphorical madness brought on by temporal scrambling. The movie is weighed down by the director’s usual indulgent sentimentalizing of insanity as a state of rebellion, and by his overbearingly antic use of tilted, canted low angles, but it conveys a sense of tragic, identity-squandering paradox. As played by Bruce Willis in his best performance, James had real wounded stature as a man out of time who’d fit right in among Vonnegut’s coterie. But as played by Stanford with a growling rasp that only telegraphs a self-consciously “masculine” over-exertion, James is just another disposable action rebel who listens with feigned intensity as a series of characters burden him with the backstory that Gilliam wisely regarded as a farcical fillip.

Deviation from source material isn’t a problem in itself, but something’s obviously amiss when a distinctive work is altered so as to render it generic enough to serve as an inoffensive place-stop between commercials. A scene near the end of the pilot speaks to everything that’s wrong with this 12 Monkeys. James and Cassandra have been caught by bad guys, and James, while explaining some of the show’s rules, produces from his pockets two watches, or really the same watch from two different eras. Rapt, the bad guys watch as James mashes these two watches together, causing an explosion that allows him and Cassandra to escape. A mind-expanding idea of an object that exists as two different versions of itself in one place is reduced to an action scene’s punchline.

That lack of imagination pervades 12 Monkeys, both in plotting and in aesthetic. The film offered one of cinema’s most memorable worlds of chaotic dissolution: Certain images, like a bear on a street, or a man poignantly bundled up in a cobbled-together hazmat suit, contained a wealth of acknowledgements pertaining to functional texture, fleeting beauty, and resigned compromise. That world felt alien. This 12 Monkeys is composed of hallways and TV-movie grays, which are smothered over with the incessant thud-thudding of a score that serves as the thriller equivalent of a laugh track. It’s all so depressingly cynical and anonymous. Never mind Gilliam or especially Marker; this plodding, humorless time-filler doesn’t earn right of comparison to Quantum Leap.