Round and round Blanche DuBois goes, and where she stops, everyone knows. Tennessee Williams’s legendary character earns our respect for refusing to accept defeat despite steadily mounting losses of home, riches, reputation, loved ones, and ultimately her mind. Lately, though, the playwright’s valiant, if fading, heroine has also had to contend with the potential loss of her power to surprise and affect her audience: In just over five years, New York has had three major productions of A Streetcar Named Desire—with Cate Blanchett and Joel Edgerton, Nicole Ari Parker and Blair Underwood, and, now, Gillian Anderson and Ben Foster.

These actors had to overcome short-term memories of the ones who’d so recently appeared in their respective roles, and the long shadows cast by earlier performances of Jessica Tandy, Marlon Brando, Vivien Leigh, Jessica Lange, Alec Baldwin, Ann-Margret, and many others. To entice audiences to return for the umpteenth time, directors often tout a fresh new perspective. Benedict Andrews literally makes good on that claim in his current production by placing the Kowalski apartment in perpetual circular motion.

Andrews introduces his conceit by having the audience file past Magda Willi’s see-through skeletal set. Standing in the center of the playing space, with seats surrounding it on all sides, the design’s steel frame and narrow rectangular shape may call to mind the eponymous streetcar or even a tomb—especially when Blanche, on her entrance, recounts her route here from the Desire line to “one called Cemeteries,” which she rode to this street, Elysian Fields, named for the mythic land of the dead.

Blanche may not see personal meaning in these signposts, as she depends on the kindness of truth-concealing illusions, but her playwright and latest director rely on readily understood allusions. She’s at the end of her road, but refusing to go gently into the good night. Aware of the stakes and reeling from so much loss, she hunts down a bottle of Stanley’s whiskey and tosses one back vowing, “I’ve got to get a hold of myself.” Andrews makes clear how remote that outcome is by having the first slow revolution start. This staging idea may not be especially nuanced, but neither is the play. That doesn’t prevent both from working their potent magic.

In making the dynamics of A Streetcar Named Desire so elemental, especially once the crude Kowalski enters, Williams raises the stage action to a level of ritual which, when performed with spirit, can be viewed multiple times without dilution of its power. The rotating set operates along the same lines: It’s the circle of life that even the formidable Blanche can’t outrun, and a depiction of her skewed, stewed-in-alcohol senses.

Subjectivity is more naturally the province of novels and film, but it’s been used selectively and effectively on stage. Andrews’s staging and Anderson’s whip-smart performance help us feel we’re inside the head of a character whose airs and condescension can easily keep us instead at arm’s length. Andrews and his designers also bridge a potential gap, wrought by the period specifics of a play written nearly 70 years ago, by plunking A Streetcar Named Desire into the present day. Unlike Blanche’s failed attempt to thrive when transplanted from her original habitat to the crude French Quarter, the play finds fertile ground in the now. Decked out in Vivienne Westwood and Moschino, Blanche looks, acts, and feels like someone we could know.

The production plays fair, giving us access to Stanley’s point of view as well. He drinks almost as much as his sister-in-law, but with less of a compulsion. Andrews doesn’t rely only on the movement of his set to generate interest and meaning. On Stanley’s entrance, we watch from the screen door at one end of the set as Blanche tries to create a private space for herself behind a gauzy curtain inside his bedroom. No matter where one’s sitting, the effect is of a cinematic over-the-shoulder shot. We feel as if we’re right there with him, gazing at his sister-in-law with longing and predation. Andrews repeats the blocking at the end of the first act, only this time Stanley hears Blanche tear him down to his wife: “There’s something sub-human about him.” Foster’s tremendous here, devastated enough to have us fully identify with Stanley, while maintaining the man’s thickness and danger.

In the play’s second act, Andrews adds variety to the conceit, changing the direction of the rotation to root the movement in Blanche’s steadily creeping madness. In a welcome development, Vanessa Kirby’s Stella and Corey Johnson’s Mitch finally get, and deserve, our full focus. And even though the set remains the same, Jon Clark’s fluorescent lighting during a scene transition suddenly gives the space an institutional feel, portending in a horrifying flash Blanche’s eventual destination.

But once Stanley’s machinations rob Blanche of her hopes for an escape with Mitch, Andrews has Anderson flip into an extreme insanity that’s grating to experience and then goes even farther, flirting with Bette Davis’s Baby Jane persona. It’s impressive as a feat of endurance. The scenes of madness last for over 40 minutes, but we don’t grieve for what’s being lost.

There’s an essential coldness in this Blanche, who’s portrayed as a complement to Stanley rather than a contrast. There’s justification for this: She tells him near the very start that she hurt her young, sensitive husband “the way you’d like to hurt me.” But Andrews and Anderson take Blanche’s deliberate cruelty as a core trait, denying her a compensatory sense of poetry. When Stanley tosses her on his bed, in the date they’ve had from the beginning, she’s motionless. Squatting over her like the ape she’s called him, he throws layer after layer of her dress over her head as if she were dead. In this production, that’s the real date she’s been on since the streetcar took her here. The set is finally motionless, Blanche’s soul snuffed out, but the show and performance have long since been stuck spinning their wheels. 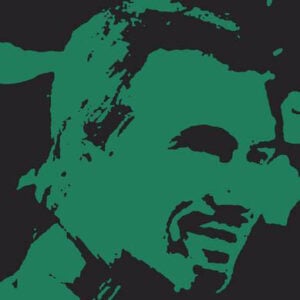 Jon Shear directed, co-wrote, and produced Urbania, which was nominated for the Grand Jury Prize at Sundance. He teaches at New York University and Columbia University.

The Longest Day: Long Day’s Journey into Night at the Roundabout Theatre