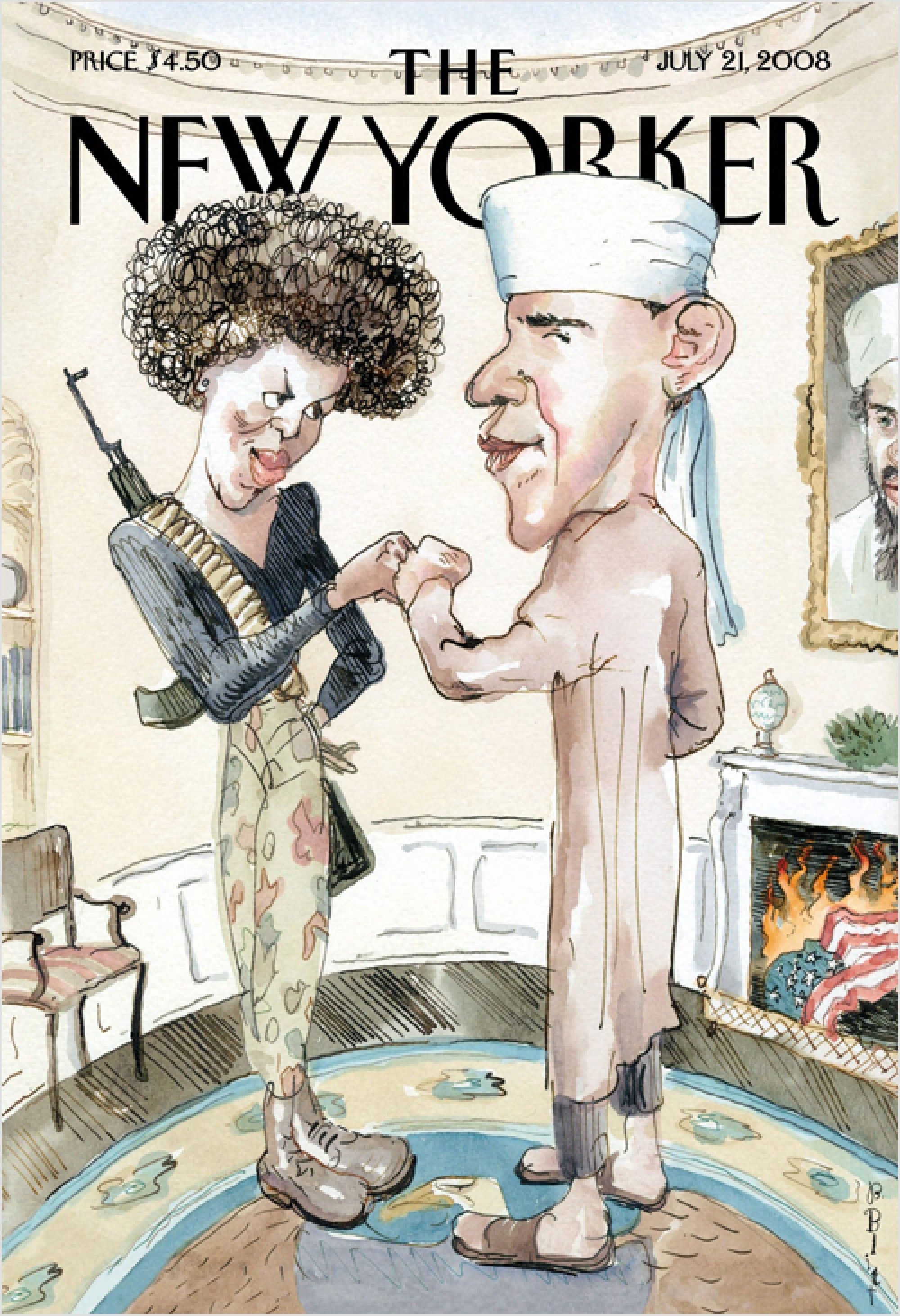 Many Barack Obama supporters are joining a new movement called We Are All Hussein, in which they temporarily change their middle names to Hussein in solidarity with the presidential hopeful in an effort to dilute the absurd stigma associated with the Arabic name (which, despite what some might believe, means “good” and not “Death to America!”). Ultimately, though, they’ll probably succeed more at freaking out their parents than changing perceptions. According to a recent poll, 12% of Americans believe Obama is Muslim (he’s not), while more than a quarter of those polled believe he was, at the very least, raised Muslim (he wasn’t). Of course, no one seems to address the fact that this same 12% probably also think the words Muslim and terrorist are synonyms, but I digress.

The fact that there are so many people who still believe these things, including the myths that Obama refuses to wear a flag pin (for the record, I think Patriot Chic is kind of tacky), or that he doesn’t put his hand over his heart when reciting the pledge of allegiance, or that he was sworn into office using the Koran, is exactly why the new cover of The New Yorker, which features an illustration of Obama dressed in traditional Muslim garb fist-bumping his Black Panther wife after presumably burning the American flag in the Oval Office fireplace with a portrait of Osama bin Laden hanging above it, is so problematic:

New Yorker’s covers often aim to provoke thought. Saul Steinberg’s “View of the World from 9th Avenue,” which appeared on the March 29, 1976 cover of the magazine and depicted the U.S. mainland (along with China, Japan and Russia) in the far distance, lampooned the idea that New Yorkers have an insulated worldview. The joke was clear and probably not entirely untrue. The new cover, however, is a knottier enterprise, much like the We Are All Hussein movement: it’s a satire of a misconception. Anyone with half a brain can see the point, but the argument against the cover is that it reinforces the false perceptions and misinformation that has been spread about Obama by Rush Limbaugh, Melanie Morgan and others on talk radio who have made it their agenda to repeat those lies until they stick.

The idea that people are going to walk down the street and see this cover and think it accurately represents the Obamas condescends to and underestimates the general public. The segment of the population that believes Barack Obama is a Muslim and that Michelle Obama hates America is larger than many of us would like to believe, but it’s still a minority—a racist one that wouldn’t probably ever vote for him in the first place. It’s true, however, that Obama is still a relatively new political figure, and with twits like Michelle Malkin salivating over anything that’s not wrapped in red, white and blue, the cover becomes a somewhat dangerous addition to our national collective psyche. Obama reportedly shrugged off the New Yorker cover in his usual way, while a campaign spokesperson later issued a rather muted response, claiming it was “tasteless and offensive.” John McCain himself echoed the sentiment.

Malkin—largely responsible for pressuring Dunkin’ Donuts to pull an ad featuring Parmagiano regiano connoisseur and terrorist sympathizer Rachael Ray, and who, as a little girl, probably threw very public temper tantrums until she got whatever toy/donut/American flag she demanded—didn’t really report on the cover, but instead condescendingly commented on Obama’s non-response by essentially telling him to suck it up. She and “American Thinker” Rick Moran then proceeded to virtually pat each other on the back for their witty bits of sexism like telling Obama to “grow a pair” and “man up,” respectively. We can all thank the Reverend Jesse Jackson for that.