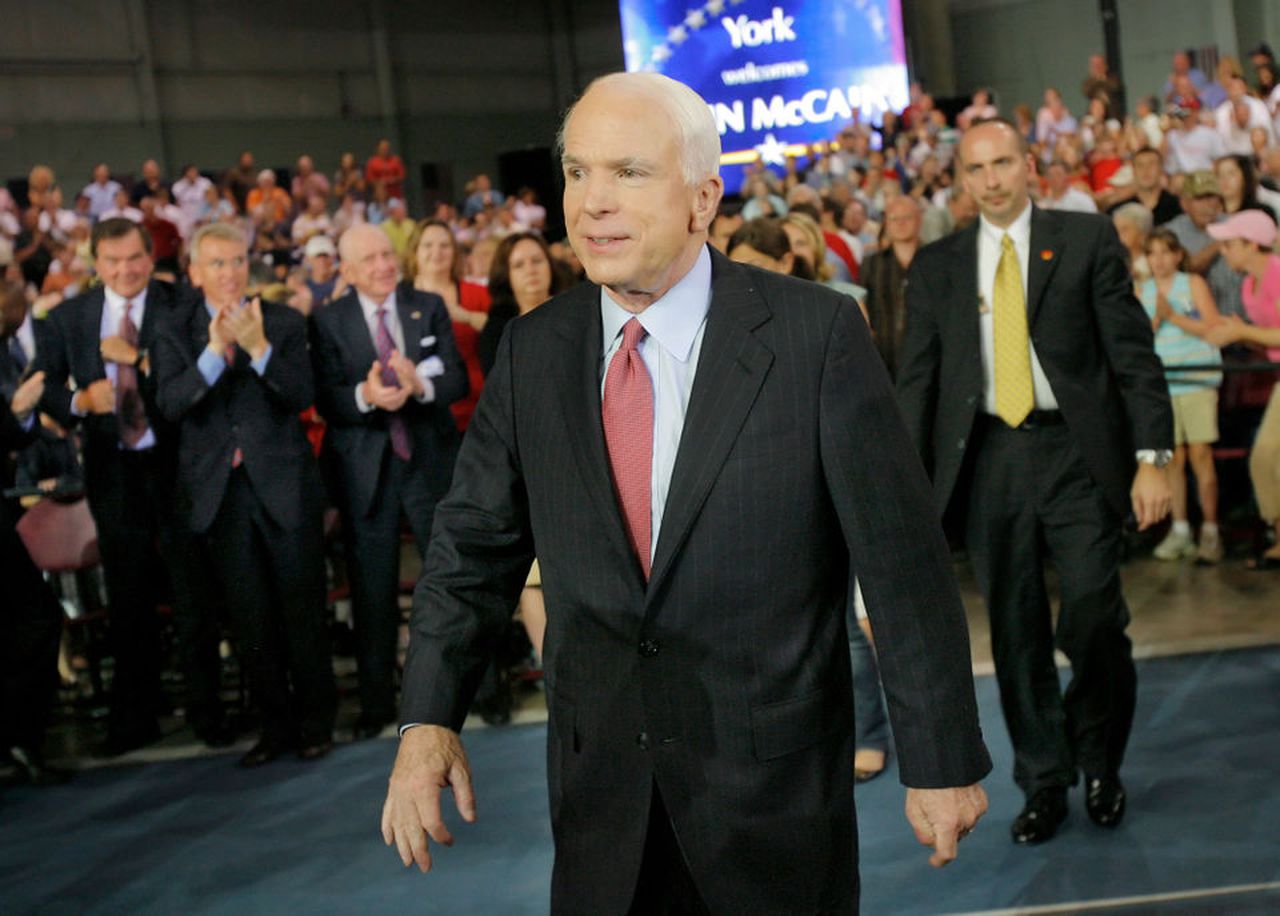 In a rational world, John McCain’s bid for the White House would have come crashing down this week like the housing market. When the presumptive Republican nominee was asked by a reporter on Wednesday how many houses he and his wife Cindy own, he answered: “I think, uh, I’ll have my staff get to ya,” after which he babbled something in his usual, endearingly conversational tone about condominiums—you know, those quaint little things with price tags that often run into the millions but apparently don’t really count as actual “houses.” McCain is liable to defer to his staff when asked about anything that can’t be answered with the words “victory,” “terrorists” or “my friends.” Politico.com claims the McCains own at least eight properties (the Barack Obama camp is slightly more conservative, citing seven in their new ad), but the number of houses/condominiums/properties/outhouses McCain (or his family) owns is the least of his problems. His lack of awareness of their existence and/or his reluctance to disclose the truth coupled with the timing of the gaffe—in the midst of a brutal mortgage crisis that has put three-quarters of a million homeowners in foreclosure in the second quarter of 2008 alone—is more troubling.

No one—not McCain, not Obama, not John Kerry—should be faulted for making good or marrying into it, but McCain’s accusations that Obama is an “elitist” and “out of touch” point to an indefensible hypocrisy that, in turn, points to a flaw in both character and, more essentially, Republican campaign tactics. The question has been posed before but it bears repeating: How have Republicans managed to convince the working class, whose interests lie with Democrats on a majority of vital issues that affect them daily, to vote for them in election cycle after election cycle? By trumpeting wedge and values issues, for sure—the ones Obama duly identified when he spoke about Americans clinging to guns and religion (read, once and for all, damn it: voting on issues like guns and religion because they believe neither party can truly make a difference when it comes to their realization of the American Dream)—but also by effectively, ruthlessly and cunningly defining Democrats as too “liberal,” “elite” and “out of touch.”

Perhaps key to understanding McCain’s stance on many economic issues facing the country is to examine his definition of “rich.” When asked by Saddleback Church pastor Rick Warren during last week’s faith forum at what point an individual is considered wealthy, McCain speculated, “How about $5 million?” He reiterated to Politico a few days later: “I define rich in other ways besides income. Some people are wealthy and rich in their lives and their children and their ability to educate them. Others are poor if they’re billionaires.” In other words, don’t raise taxes on the fiscally wealthy, because they’re poor on the inside. McCain’s proposed tax policy would afford him a $300,000 tax break; that’s 1,000 times more than the average American would see. And as recently as this week, McCain has cited the strength of U.S. economic “fundamentals,” putting him fundamentally out of touch with not only the working class, but Wall Street too.

Presidents shouldn’t be expected to be economists. George W. Bush isn’t any more responsible for the perceived economic lull of the last eight years—which saw the kind of systematic redistribution of wealth that historically inspires the storming of castles and the lobbing of heads—than Bill Clinton was for the relative economic equality of the 1990s. Okay, so maybe he is, but it’s a president’s non-economic policies, and the advisors they surround themselves with, that help shape the economy during their tenure in the White House. Phil Gramm, who resigned as McCain’s campaign co-chairman after calling the U.S. a “nation of whiners” but who on all accounts is still privately advising the campaign, was responsible for deregulating the banking and financial services industry as chairman of the Senate Banking Committee a decade ago. In a recent Washington Post article, University of Texas economist James K. Galbraith called Gramm “a sorcerer’s apprentice of instability and disaster in the financial system.” Gramm was also responsible for legislating the deregulation of the oil futures market, which many economists believe is a significant factor for the current price of gas.

McCain’s duplicitous attacks on Obama don’t just start or end with real estate. After admonishing Obama for his supposedly presumptuous presidential behavior abroad last month, McCain took some hits for acting like commander in chief during the Russia-Georgia conflict. With our military crippled by his own party, McCain’s bellicose approach to foreign policy is not only ill advised but, quite simply, a joke. In order to sustain the wars in Iraq and Afghanistan while at the same time policing other conflicts (to say nothing of protecting our own country against an attack) would require a draft—a hot topic on which, contrary to his campaign’s spokespeople, McCain has never been consistent. Cutting spending in almost every area except defense is the economic policy of a warmonger. Slashing taxes for corporations and the “rich” (as defined by reality and not a man who defers to his campaign staff as often as he misstates his own policies) is the economic policy of a man who owns so many houses that he’s lost count.