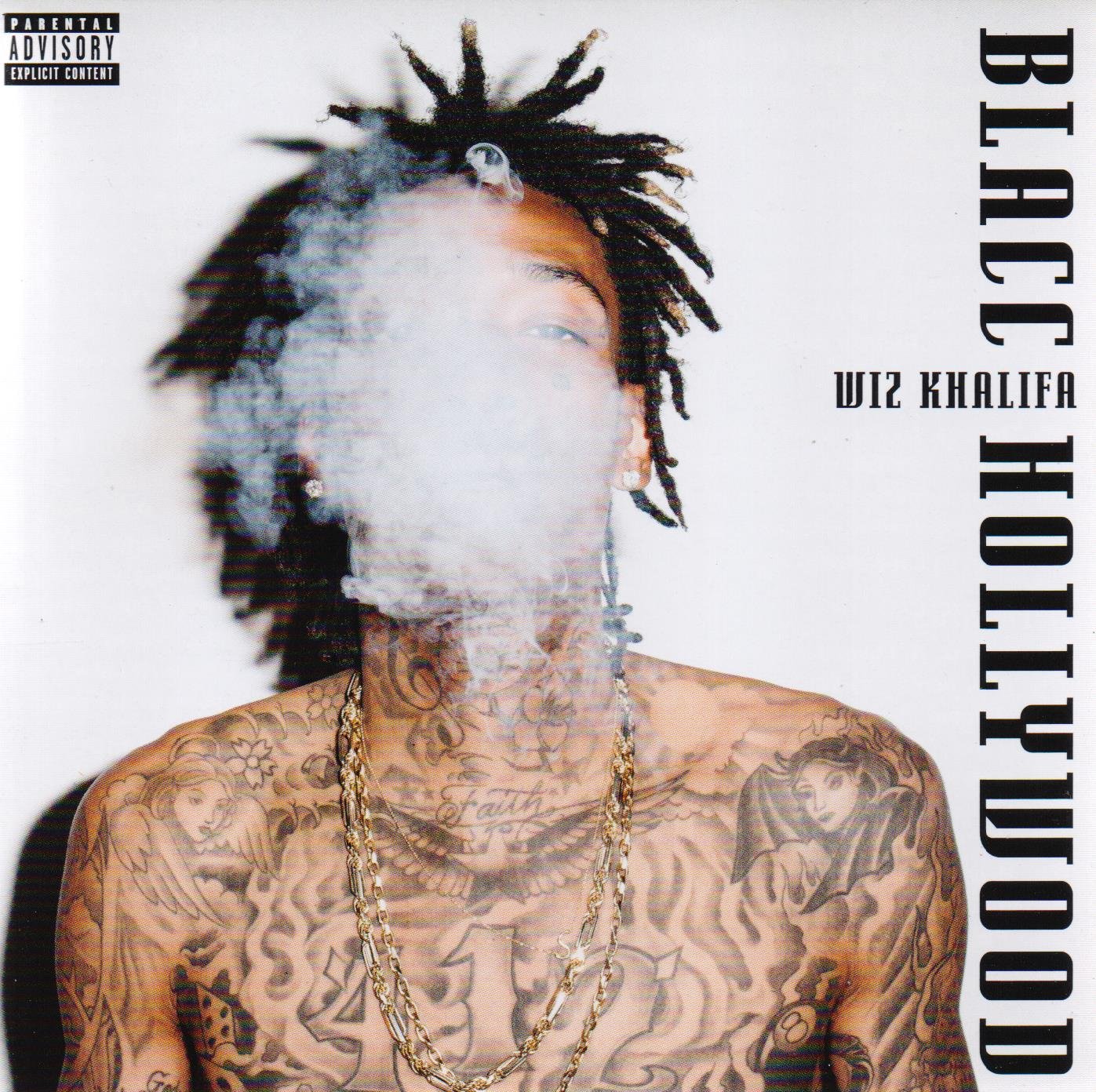 Wiz Khalifa’s latest album opens with “Hope,” a song marked by two conflicting messages: the laudatory bombast of the intro, orated by Taylor Gang labelmate Chevy Woods, and the not-so-hopeful tenor of the track itself, which shifts into a nihilistic riff on the inevitable emptiness of money and fame. It’s an odd transition, but it’s far from the last instance of tonal confusion on Blacc Hollywood, which seems equally focused on carefree party rap and emotional, self-lacerating message music, less an agglomeration of these two modes than an uncomfortable tug of war between them, one style undercutting the other. Continuing to circle the mainstream in the wake of his first #1 hit, Khalifa remains an outsider both by choice—part of his shakily defined bad-boy persona and refusal to fully identify as a rapper, dotting his music with sing-song passages and anthemic hooks—and as a consequence of his continuing failure to deliver a coherent album.

It’s fitting, then, that the material here is so up and down, with Khalifa skewing melancholy and sympathetic at some points, greedily cold-hearted at others, a would-be rebel whose appetites for weed, booze, and women serve as both a signifier and a crutch, the roguish patina on a persona otherwise short on marketable characteristics. All of these issues are exacerbated by the plain fact that Khalifa isn’t an especially good rapper, and often doesn’t seem too intent on actually rapping; whether rhyming, singing, or just hovering in the background, he lacks the presence to truly fill out a track, let alone an entire album. This leaves Blacc Hollywood a roundly mediocre effort, filled with half-cocked, unimpressive radio bait, exacerbating the issues that plagued the already uneven “Rolling Papers.” But it’s also a more poignant album, one whose instability speaks more to the difficulty of transitioning from background player to mainstream star. Khalifa seeks to confirm his status as the latter with would-be anthems like “Stayin Out All Night” and tedious lifestyle missives like “Hollywood Hills,” but none of it really clicks, leaving him stuck in a dreary no man’s land between thinking man and party animal, rapper, and pop star.

Even sadder is the fact that he doesn’t really seem suited for either side. He makes a wan overall impression here, most clearly indicated by the void of personality that dominates the original version of “We Dem Boyz,” and the distance between the song and its deluxe-edition remix, which crowds in Rick Ross, Schoolboy Q, and Nas, each commanding his share of the track, more assured and powerful than anything on the actual album. Left on his own, Khalifa feels small, crying out for attention, but unsure of how to most easily earn it. It’s hard to tell whether he’s genuinely torn between guilt and pride or just being pulled between diverging trends—playing up his largesse on some tracks, his emotional capacity on others. But what’s clear is that in neither mode is he especially articulate. This sense of puzzled division remains the only really interesting thing about Blacc Hollywood, an album that’s remarkable only as a ghostly portrait of a half-formed figure prowling the fringes of success.