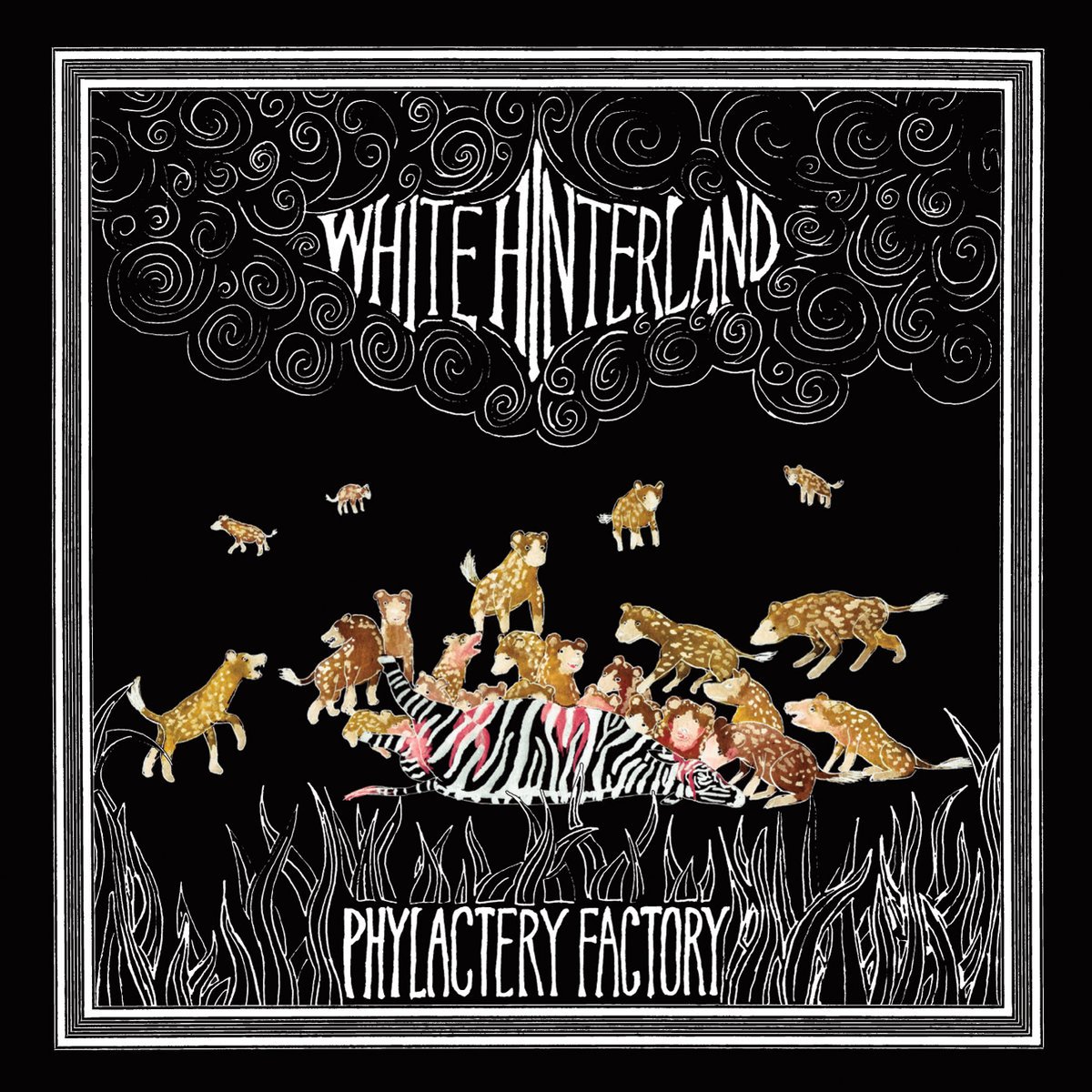 Singer-songwriter Casey Dienel is the type of girl that laments the deaths of clawfoot bathtubs. Death, in fact, permeates much of her second album (her first under the name White Hinterland), Phylactery Factory, and war colors several songs, including “Hometown Hooray,” a bouncy, jovial ode to a soldier’s homecoming…in a casket. For all the myriad verses and bridges and detailed imagery of yellow ribbons on trees and Sapphic celebrations, it’s the repeated refrain, “No one wants to believe you died in vain,” that gives the song its gravity. Dienel’s lyrics are elegiac and dense, pieced together line by line into rich portraits and narratives: the death of a friend or relationship is fashioned into a metaphor the size of the beached whale that’s picked apart and hauled off to a museum on “A Beast Washed Ashore”; the timely opening track, “The Destruction of the Art Deco House,” observes the dismantling of past establishments and the introduction of a new “wunderkind” come to save us. Trouble is, Dienel’s wispy voice isn’t enough to sustain a whole song, let alone an entire album, which leaves her band to shoulder the weight of the songs’ melodies and structure. Luckily, they succeed. The jazz bass notes, piano, and strings of “Calliope” begin independently, all equally captivating but never in competition, before combining by song’s end, while “Dreaming of the Plum Trees” best sums up the album’s sound: jazz music that’s half Mr. Rogers’s Neighborhood of Make-Believe and half Tuesday nights at Smalls.