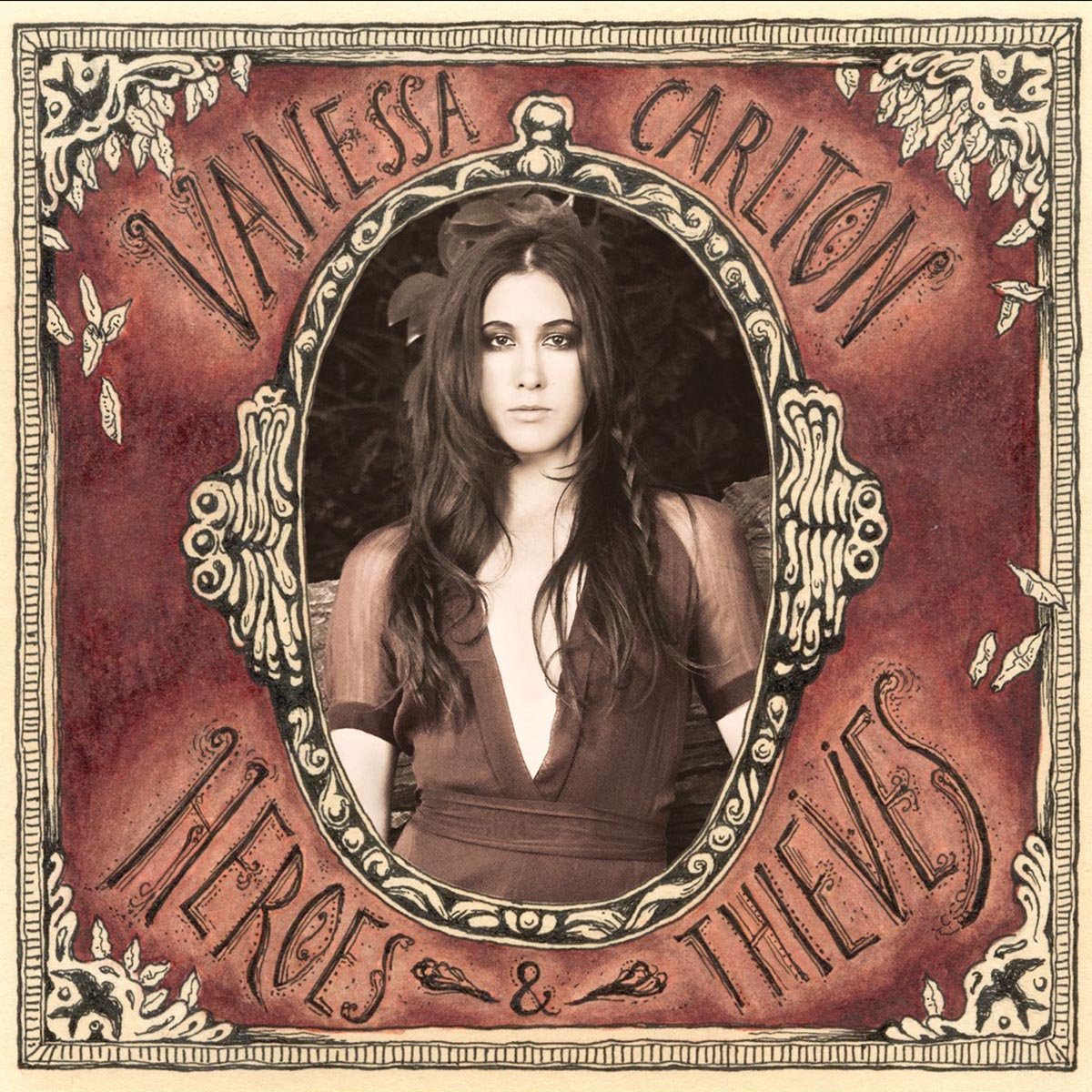 If 2004’s Harmonium allowed Vanessa Carlton to spread her wings and reach new heights as a songwriter, then her follow-up, Heroes & Thieves (her first in a new deal with Irv Gotti’s The Inc.), finds her simply coasting. “Nolita Fairytale” joins Carlton’s already impressive list of exceptional singles, matching her lilting piano and vocal melodies with shuffling marching-band drums and autobiographical lyrics that espouse the virtues of life without a record deal and fashion week (“Nolita flat on rent control, that’s the life I choose,” she sings proudly), but the album as a whole is less experimental, less gothic, and the arrangements less intricate than its predecessor. Though it’s not an unwise move, commercially speaking (the title track will be music to the ears of fans of the singer’s “A Thousand Miles”), and there are hints of that adventurousness throughout (particularly in the coda of the pretty ballad “Home,” which displays Carlton’s prodigious classical training, and in the subtle Eastern influences of “Hands on Me,” the small, brief choir of which is reprised in full on the album’s rousing closer, “More Than This”), a pair of contributions from producer Linda Perry proves too conventional for the slightly left-of-center singer-songwriter. Carlton’s voice continues to mature (there’s a gritty quality to her vocals on songs like “Fools Like Me,” and the earthiness of guest Stevie Nicks’s alto harmonies on the country-leaning “The One” tempers Carlton’s more reedy lead vocal), but the material in general isn’t exactly what you’d expect from an artist who left the nest in search of creative freedom and appreciation, making Heroes & Thieves somewhat less rewarding than her last album.