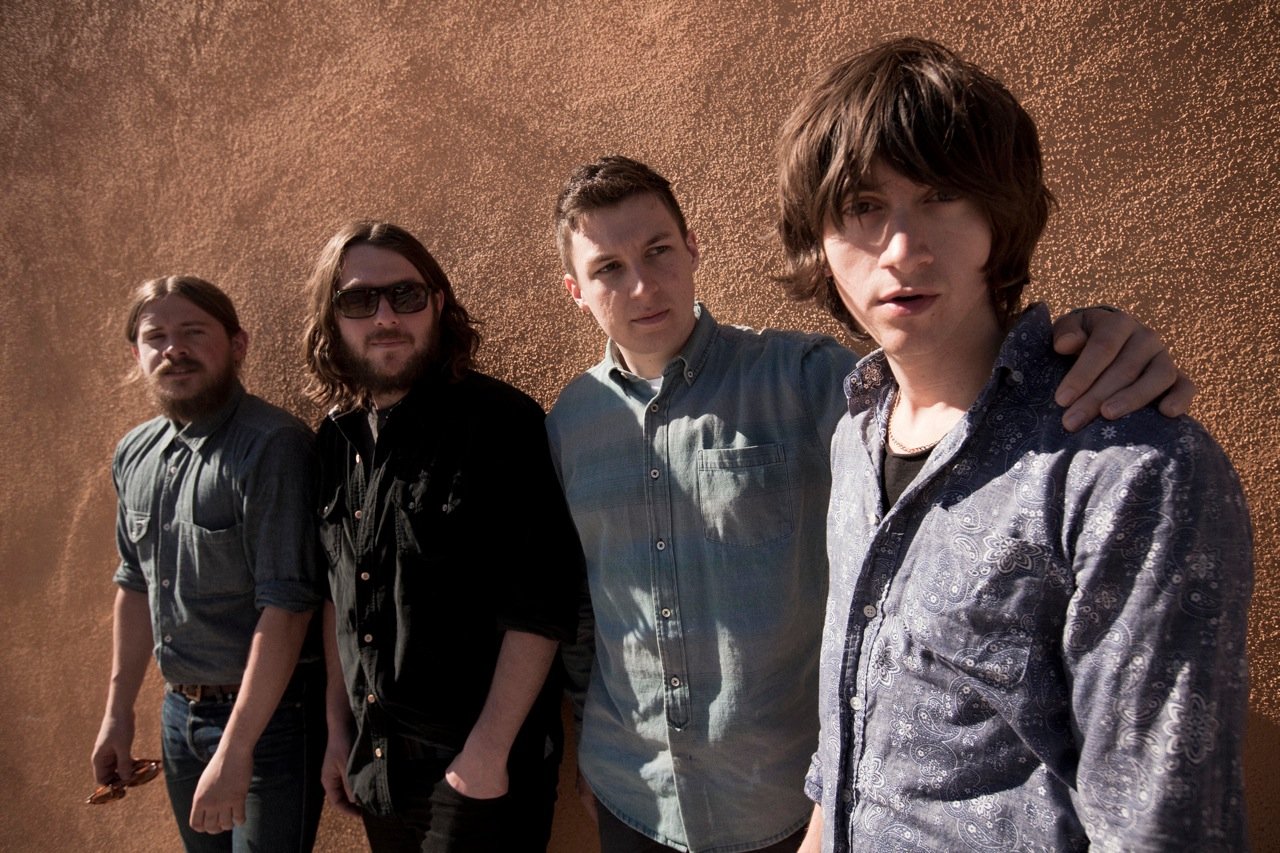 Arctic Monkeys, “Don’t Sit Down ‘Cause I’ve Moved Your Chair.” The Arctic Monkeys’s love affair with Queens of the Stone Age’s Josh Homme (he produced their 2009 album Humbug) continues with the official lead single from their upcoming Suck It and See, “Don’t Sit Down ‘Cause I’ve Moved Your Chair” (apparently they also still enjoy long song titles). The fingerprints of stoner/desert rock’s elder statesman are all over this track, with the Monkeys moving further away from the upbeat punk of their early output and toward slower, heavier riffs. But pop-oriented habits die hard, with Alex Turner still singing with cool detachment and the “yeah, yeah, yeah” backing vocals showing up in all the right places. Michael Kilpatrick

Vanessa Carlton, “Carousel.” Vanessa Carlton’s piano-pop has always fallen dangerously close to the wrong side of twee, but she and Doves producer Steve Osborne manage to employ sleigh bells, handclaps, and even a children’s choir in a surprisingly understated fashion on her new single, “Carousel.” Carlton’s sweetened vocals, which sound like they were recorded in a bathtub, make the song’s poetic yet practical opening lyric, “For all you brokenhearted lovers lost, go find another one,” sting a little bit less. Sal Cinquemani

Kenna featuring Shimmy Hoffa, “Chains.” Produced by the Neptunes’ Chad Hugo (who’s apparently now going under the name Shimmy Hoffa, which he describes as a “rogue character” sprung from the producer’s “recluse” mind) and co-written by Interpol’s Paul Banks, “Chains” is more strictly dance than anything Kenna’s done before. He sings, “These chains/These chains won’t break, but they will sl-i-i-i-i-i-de,” before shouting “bang bang bang” over an all-out 4/4 beat. The chains in question have something to do with limits of artistic freedom, but this sounds more like a party you never want to end. Who knew Kenna could make such a straightforward—and utterly satisfying—club song? (Who knew Interpol could?) The rest of Kenna’s new EP, Land 2 Air Chronicles I: Chaos and the Darkness, is the sort of lame urban-crossover crap that’s more or less alienated Kenna from his original fanbase. Which makes you wonder who the hell is directing the artist’s career these days and how they allowed us to glimpse this glorious mistake. Paul Schrodt

Review: The Vaccines, What Did You Expect from the Vaccines?