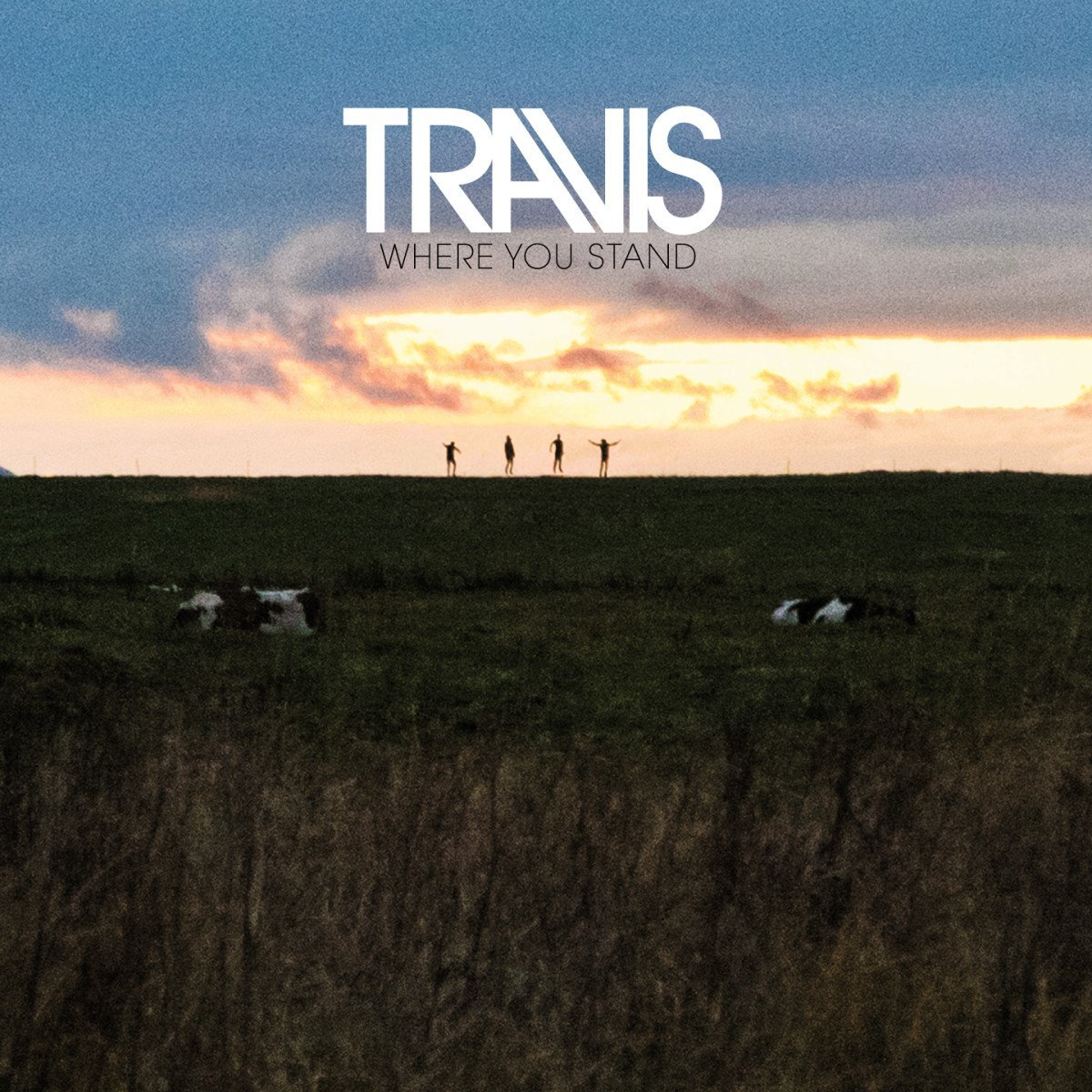 Travis has never been cool. But why has the band’s earnest embrace of ‘70s soft rock always been considered unfashionable while Daft Punk’s wholesale theft of those same sounds is celebrated? Is sounding like Seals and Croft only acceptable when it’s cross-referenced with Donna Summer? Nostalgia given a heavy gloss of irony is still nostalgia. Sadly, pointing out the hypocrisy of what’s considered “cool” won’t ever change the fact that, to many, their music is B-squad dad rock. But to dismiss them thusly is to forget this band’s potential for lovely, transcendent songs. Only the chronically churlish would deny the charms of “Why Does It Always Rain on Me?” or “Writing to Reach You,” both from 1999’s minor classic, The Man Who.

Though Where You Stand, their first album in five years, doesn’t scale quite the same heights, there’s real beauty in it too. The aptly titled “Moving” is a polished but genuinely affecting ballad that starts with Strokes-style chugging guitars before breaking into a widescreen chorus that imagines what modern U2 might sound like without all the condescending bathos. Songs like this—and, to a lesser extent, “Mother,” “On My Wall,” “Another Guy,” and the title track—point up what Travis is capable at their best: creating music that’s at once convincingly big and small. They can write songs about wistful recrimination (pretty much lyrical modus operandi for frontman Fran Healy) that are canyon-sized without cheapening the sadness contained therein.

Travis manages to replicate this trick successfully for roughly half of Where You Stand, while the other half vacillates between Ikea muzak and actively embarrassing. “Reminder,” an example of the latter, is an irritatingly chirpy, whistling facsimile of Edwin Sharpe and Peter Bjorn and John that suggests the band is hell-bent on soundtracking a future Old Navy commercial. “New Shoes” doesn’t fare much better, attempting the kind of listlessly lumbering, stoned trip-hop that even Tricky left on the floor of his tour bus in 2002.

This is what Travis is in 2013: a hugely successful band (in their native U.K., at least) torn between turning out the melancholy sing-alongs that made them famous and trying to keep up with these new kids they keep reading about in the Daily Mail. Uncool though it will perpetually be, the band is far better off pursuing the familiar. In an era when nearly every other artist seems content with mining its narrow niche, happy to have its own little choir to preach to, there’s genuine nobility in the way Travis is still trying to wrap its arms around the world.