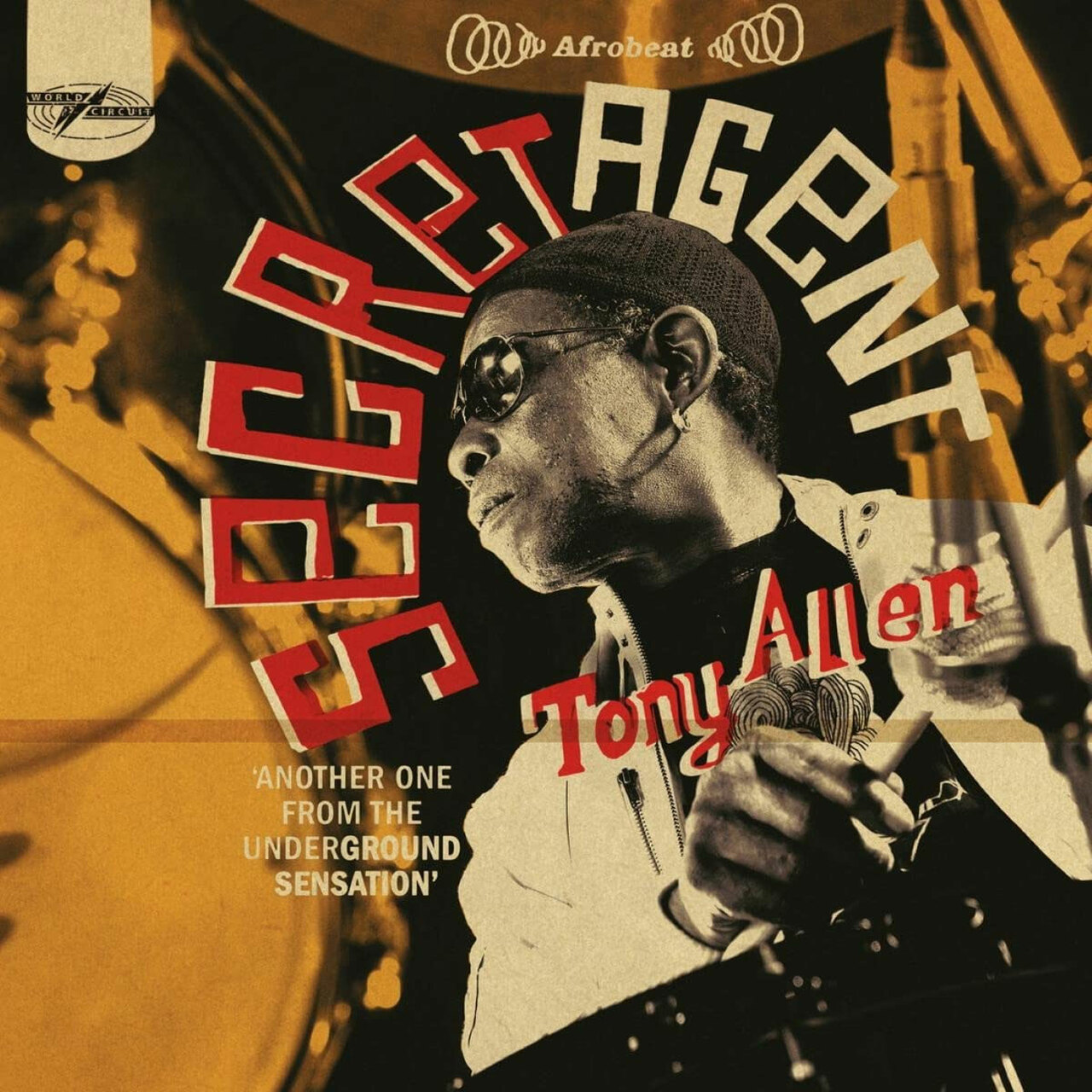 The export of jazz to Africa has functioned as a double boon, reseeding the genre while spawning countless regional permutations, latching onto local traditions while functioning as a modernizing catalyst for music steeped in ancient cultural traditions. While the ‘80s found American jazz splintering into the warring paths of dull Marsalis-helmed traditionalism and increasingly incomprehensible experimentalism, with funk already congealed into self-parody, African adaptations of those styles continued to adapt, mutating into subgenres that are still bearing fascinating fruit.

A founding member of Fela Kuti’s band, Tony Allen was a big part of this growth, helping to prove how vital a combination of traditional and modern could sound. Brian Eno called him “perhaps the greatest drummer to ever live.” But despite these cozy laurels and a release on a relatively safe label like Nonesuch, Secret Agent is a vital, insistently probing work which continues the explorations of Allen’s early career. This is evident from an early song like “Ijo,” which coils its sinewy, lilting guitar lines into a stream of computerized bleeps and bloops; “Switch” has a hard-edged female hip-hop vocal and a blues guitar riff that, if not exactly exciting, find an interesting parity between similarly sourced styles.

This is joyful, colorful, uplifting music, bursting with complex horns and restive use of time signatures. Constantly positive without feeling naïve, Secret Agent finds the best in all its influences, leaving us with a daring assemblage of styles that’s impossible to adequately define.