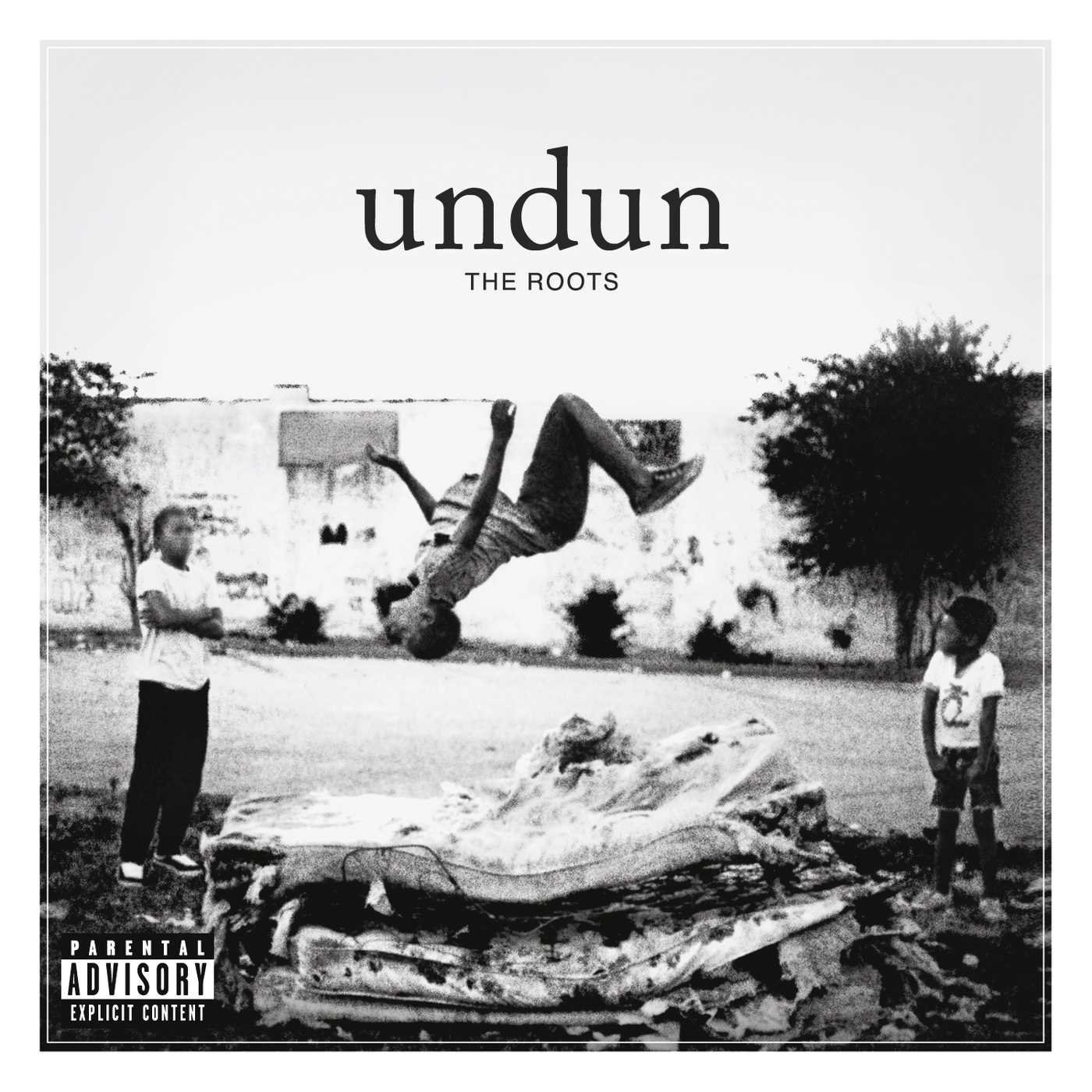 Anyone who forgot the Roots’s wrathful gravitas as a result of the group’s recent mellow albums was given an intoxicating refresher when they welcomed Michele Bachmann onto Late Night with Jimmy Fallon with a taunting rendition of Fishbone’s “Lyin’ Ass Bitch.” It was an explosive, cheeky display that cut through any sanctimony left in Bachmann’s long-ago sputtering geek-show campaign. So naturally, Fallon himself Tweeted an olive branch to the woman on the Roots’s behalf, which goes to show that some prefer their anger slow-cooked and predigested.

Though only a pithy 38 minutes in length, the Roots’s new album, Undun, serves up indignation in such manner: tempered, strung out in a rolling wave of despair and discontent. If it’s not as immediately galvanizing as, say, Rising Down, it lingers. Borrowing a riff from Sufjan Stevens’s Michigan and building a doomed character around it, Undun’s conceptual pitch is akin to a hip-hop retooling of Gaspar Noe’s Enter the Void—minus the pyrotechnics, plus the efficacy. The album opens on a flatline, as “Dun” makes clear right off the bat that the fictional story of Redford Stephens doesn’t come with a happy ending. From Redford’s death, Undun flashes back through the plaintive signposts of a life needlessly wasted.

As noted by Questlove in the press, Redford is a young black man given an empty choice in life: to either try to avoid drugs or to succumb to them. Either way, his life’s journey is predestined to be marked by crime and poverty, only to end prematurely. As a bitter aside in the jagged, piano-tracked “One Time” says, “I wonder, when you die, do you hear harps and bagpipes if you’re born on the other side of the crack pipe?” Later on, in the funereal dirge “Tip the Scale,” an eerily double-tracked Redford howls: “I’m a side of suicide, heads or tails/Some think life is living hell, some live life just living well/I live life tryin’ to tip the scale my way.”

If all Undun did was detail the lonesome death of Redford in the now-quite-familiar form of the Roots’s hip-hop balladry, it would still be a compelling listen, with the disquieted memento mori “I Remember” and the snaky grooves and Mellotron curlicues forming the outro to “Make My” as obvious highlights. But it would still lack the sort of focus and clarity one would expect from a project like this. What really sells the album’s concept is the four-part suite that closes the ersatz memorial service, beginning with a note-for-note needle drop of Sufjan Stevens’s “Redford” and then opening it up into variations both neo-classical and horror-jazzy in nature before rectifying the two discordant halves in “Finality.” Seemingly borrowing from the stylistic playbook of Phrenology’s “Water,” the “Redford” suite leaves all the album’s questions tantalizingly unanswered, and the briefness of the suite (a symphony compacted into just over five minutes) compared against the variety of its musical styles makes manifest the sad brevity of the hypothetical life to which Undun pays tribute.

Review: The Roots, …And Then You Shoot Your Cousin