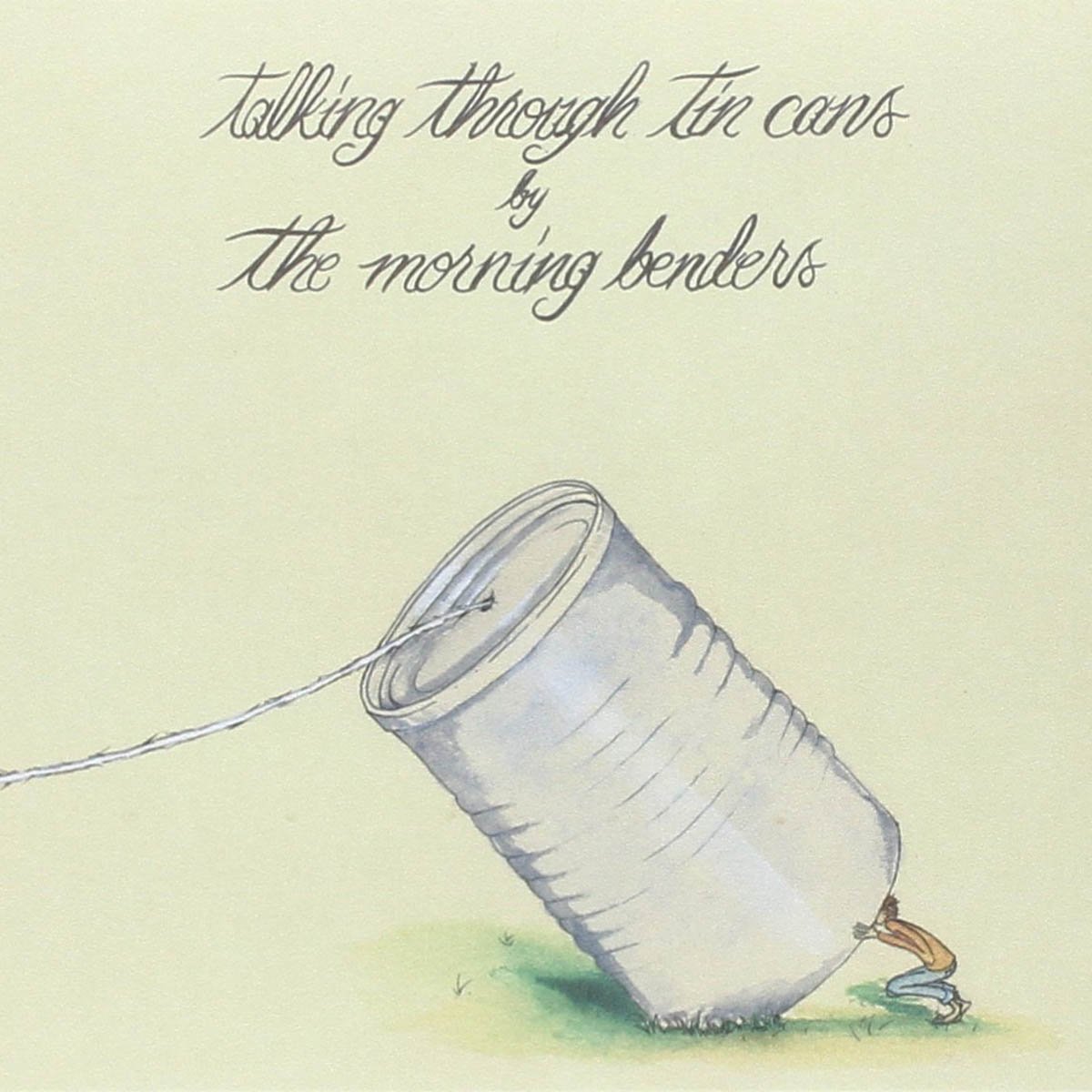 Making their proper full-length debut after releasing a couple of well-received EPs, Berkeley’s the Morning Benders manage the increasingly difficult feat of distinguishing themselves from the glut of soundalike acts on the crowded indie-pop scene. Talking Through Tin Cans combines a handful of new songs with some re-recorded versions of highlights from their Loose Change and Boarded Doors EPs. Predominantly uptempo and under three-and-a-half minutes apiece, the songs don’t overstay their welcome, and the band’s definite selling point is their knack for ingratiating pop melodies: The wordplay and bouncy, octave-jumping verses of “Patient Patient” and the b-sections of “I Was Wrong” and “Loose Change” speak to a Beatles influence that is obvious without ever becoming derivative. The band’s lo-fi recording leaves a good deal of distortion in the lead guitars, and standout “Waiting for a War” is driven by a noticeably out-of-tune church piano. The percussion is foregrounded in many of the mixes, which gives the songs a real sense of heft and draws attention to drummer Julian Harmon’s just-off-beat rhythms. Beyond its unshakable melodies, the sloppiness of these tracks is a major source of their charm: The Morning Benders make their brand of ‘60s-inspired pop seem effortless. There’s nothing revolutionary here, but Talking Through Tin Cans is one of the most unabashedly fun pop debuts in recent memory.