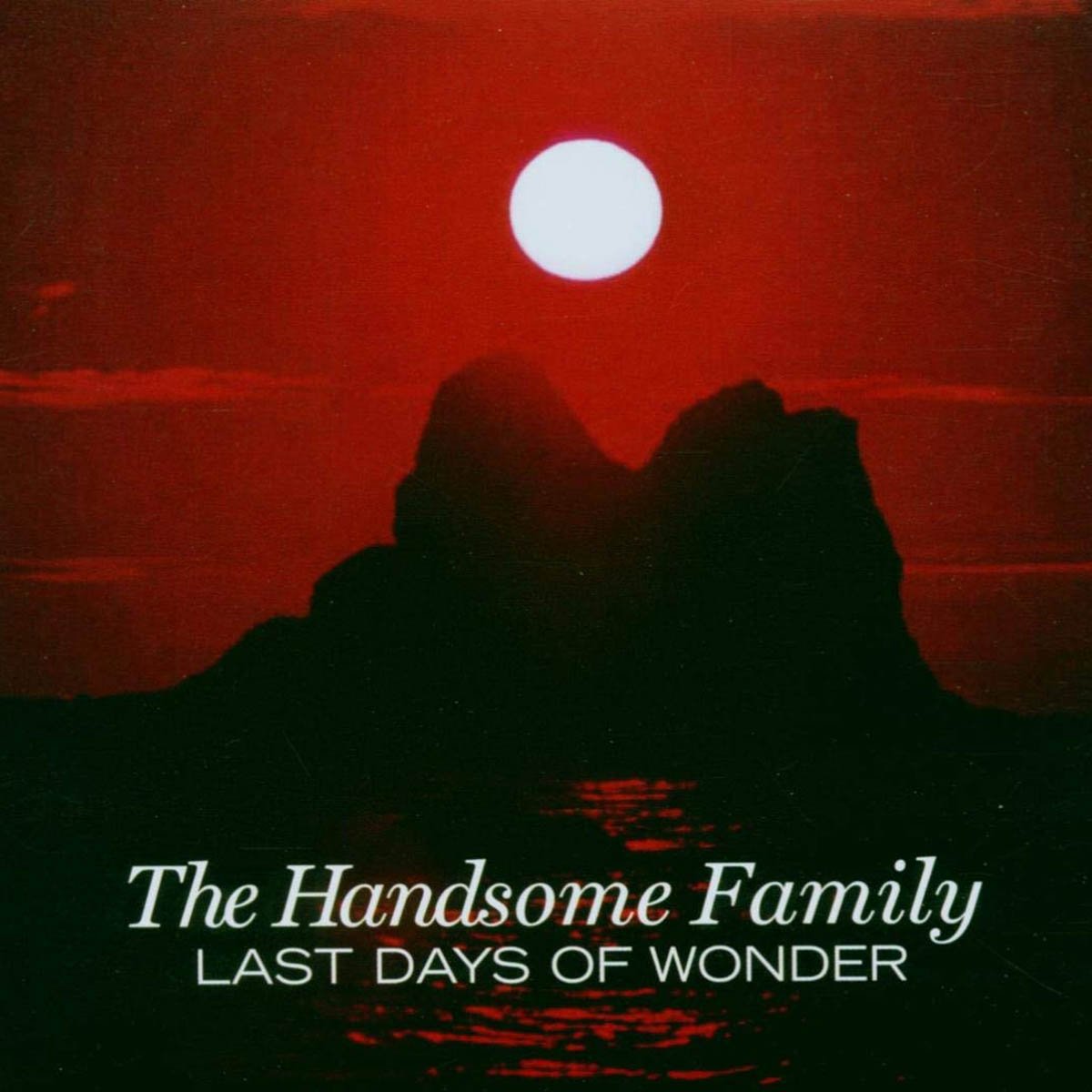 Despite a three-year hiatus since the Handsome Family’s last record, Singing Bones, Last Days of Wonder picks up more or less where the husband-wife duo left off—although fans may disagree, citing the subtle tweaks in the production and incorporation of singing saws, trombones, and the like throughout the album. Actually, the most noticeable difference from earlier Handsome Family records is the shift away from murder ballads toward evocative, miniscule detail-laden love stories not unlike a Dan Clowes comic. The duo’s greatest trait has always been Rennie Sparks’s dark and literary lyrics, and Last Days of Wonder demonstrates she can effectively depict the solitary ennui of a strip mall or airport concourse as well as the brutality of survival in the wilderness or a narrator wrestling with a psychotic urge. The two best tracks, “All The Time In Airports” and “Bowling Alley Bar,” are mesmerizing portraits of two commonplace settings that are nonetheless rich with personal grief and joy.

Last Days of Wonder tries to start with a bang—literally—as opener “Your Great Journey” compares the daily trials of losing your wallet or struggling to operate automatic sinks in a public restroom to the “four million tons of hydrogen exploding on the sun.” The song’s melody and arrangement are not quite so bombastic: this is the familiar, whispering, and gloomy alt-country that Brett and Rennie Sparks have been recording for over a decade. Regrettably, the album continues with a few of its weakest tracks—a stab at Tom Waits burlesque “These Golden Jewels” and the odd, yet flat “Tesla’s Hotel Room”—before hitting its stride with the wicked “After We Shot The Grizzly,” a gentle, old-timey swing anthem about plane crash survivors setting out on an Aguirre-style rafting adventure. The rest of the album is rarely as grotesque, and ballads are hauntingly sweet; on “Flapping Your Broken Wings,” Rennie notes a lover’s “grass-stained underwear” after a tryst on a golf course.

It’s easy enough to listen to the album as a whole, but roughly a third of the songs are clunkers. “Hunter Green,” in particular, cannot recover from Rennie’s weak vocal performance (think Scout Nibblet, but with less personality). Brett’s rumbling drawl is largely successful, though his baritone suggests John Flansburgh of They Might Be Giants as often as it does Buck Owens, particularly when recounting a drive-through order on “Somewhere Else To Be.” But while Last Days of Wonder may not place the Handsome Family among their influences—be it Johnny Cash or Raymond Carver—they remain among the best of their contemporaries.

Review: Searching for the Wrong-Eyed Jesus

Review: The Replacements, Don’t You Know Who I Think I Was?