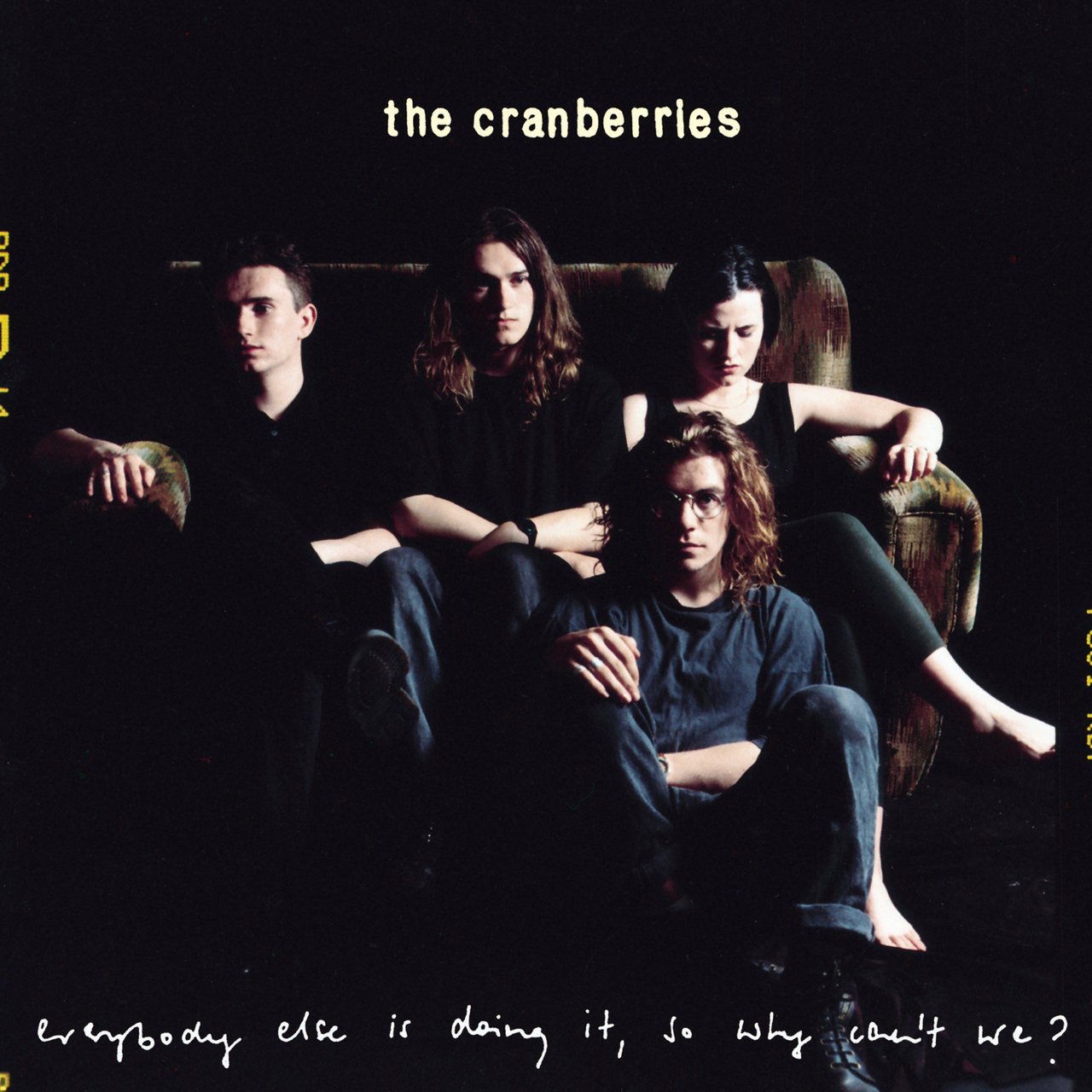 By 1993, grunge rock had seeped in from every dark, brooding corner and penetrated the typically candy-coated walls of pop music, giving way to a different kind of mainstream. Amid the angst-ridden rock of bands like Nirvana and Pearl Jam, the Cranberries’s “Linger,” an understated lament on the falls of love, was one of the poppiest things on the radio. Dance-pop tarts like Paula Abdul had been extradited from MTV, replaced instead with good ol’ fashioned, guitar-wielding rock bands. But beneath its alternative guise, the Cranberries’s debut album, Everybody Else Is Doing It, So Why Can’t We?, was filled with what can only be described as straight-up pop.

Singer Dolores O’Roirdan’s delicate brogue is like that of a less refined Sinéad O’Connor, while Noel Hogan’s guitars jangle and pop like that other, more famous Irish band’s. The quietly stormy choruses of tracks like “Not Sorry” and “Still Can’t…” hint at the angst that would later spew out of a less inhibited O’Roirdan (to varying degrees of success) on subsequent Cranberries albums, but her voice is mostly soft and wispy here. Her voice is often doubled and tripled with harmonies to dazzling effect: A wailing, operatic vocal floats ominously throughout the opening track “I Still Do” and the closing number “Put Me Down,” both of which find O’Roirdan tentatively leaving a dissolving relationship. Like “Linger,” “Sunday” elegantly combines O’Roirdan’s tinny acoustic guitar with a sweeping orchestra, while “Dreams” and “How” mix Celtic influences and driving backbeats with Hogan’s reverb-heavy electric guitars.

The Cranberries’s sophomore effort, No Need to Argue, may have been their crowning achievement in regard to production quality, social and political relevance, and sheer drama, but many of that album’s songs were overly ambitious. Everybody Else Is Doing It is instead filled with succinct, pretty songs about timeless lovelorn truths. Call it what you will: dream-pop, Euro-pop, indie-pop (the album was produced by Stephen Street, whose résumé includes the Smiths and Blur), but while the Cranberries’s music is firmly rooted in the pop-scape of the early ‘90s, their dreamy sonic textures and plaintive melodies weren’t exactly something everybody else was doing.