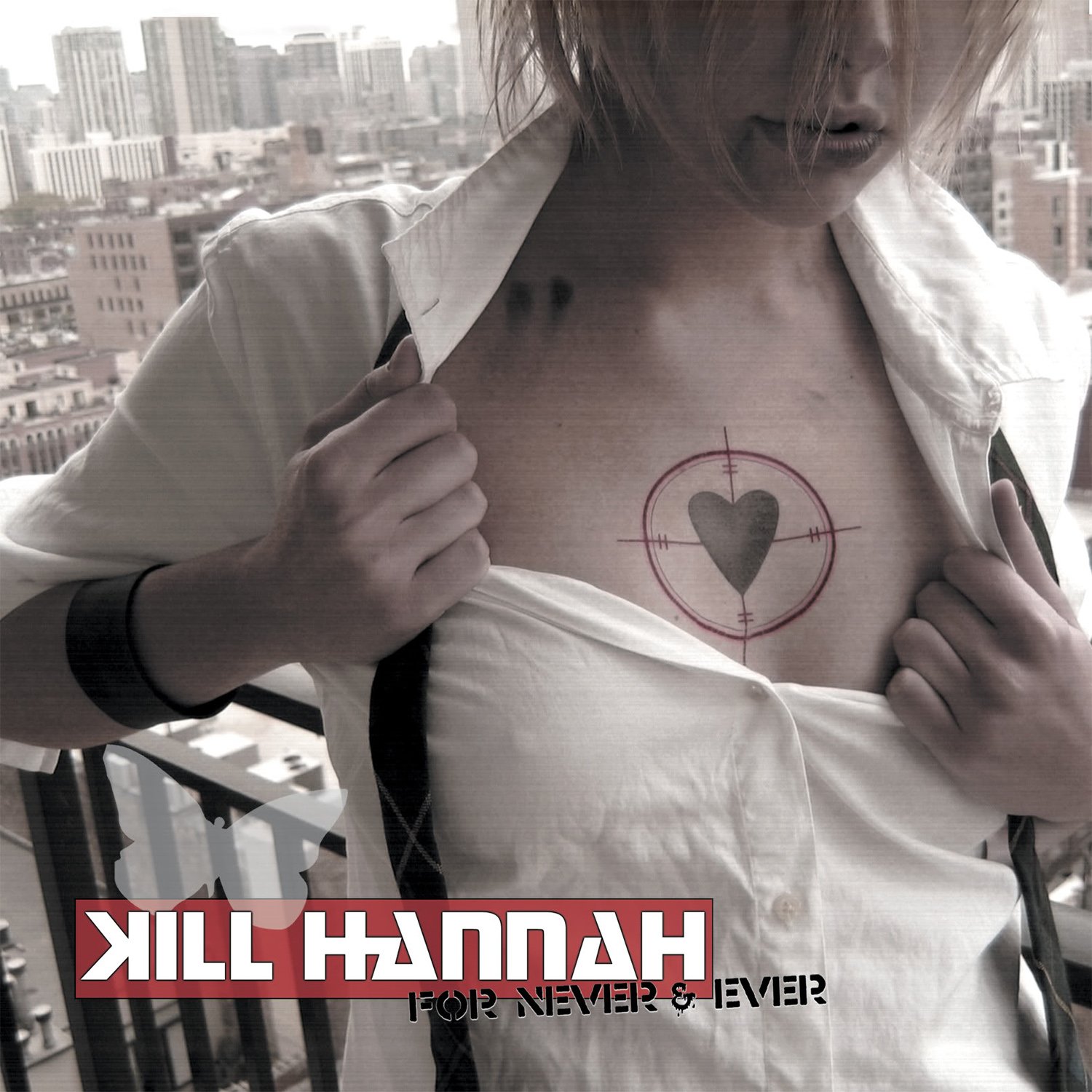 One part glam-rock (dig that eye shadow!) and one part industrial pop-rock, Kill Hannah’s major label debut is a worthy addition to the melody-driven, heavy rock releases which largely shape the genre today. The Chicago five-piece masterfully presents chunky guitar rhythms and emotional vocals, turning even the most routine loud-rock clichés into something palpable and original (i.e. the mournful, lost-without-a-clue bleakness of “No One Dreams Anyway”). The band—sounding eerily more like Smashing Pumpkins than Smashing Pumpkins ever did themselves—can pump it hard and groovy (“They Can’t Save Us Now”), shrewd and cheeky (“Kennedy”), and modernly electronic (“New Heart for Xmas”). Add the occasionally bombastic guitar riff and you’ve got a new breed of arena rock hero unseen since the days Ziggy played guitar. Produced by Sean Beavan (Slayer, Nine Inch Nails), For Never & Ever is a cunningly wicked mix of popish accessibility and fun-infused power rock. A dose of Hannah is sure to help remedy the rock n’ roll doldrums.

Review: The Cranberries, Everybody Else Is Doing It, So Why Can’t We?