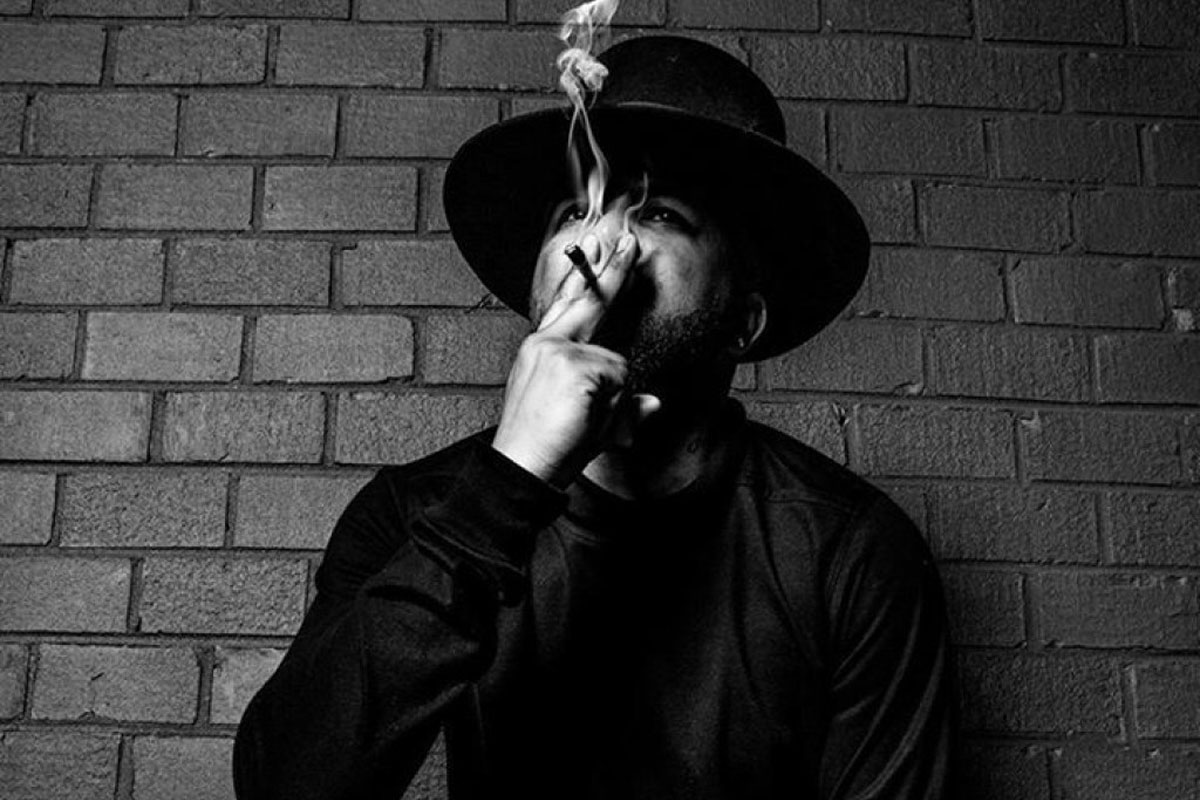 Editor’s Note: “The Blender” is a series dedicated to highlighting notable new releases in the mixtape world.

I haven’t lived in D.C. for a few years now, but thanks to the Internet I can still vicariously follow its rap scene. And say what you will about D.C.’s rappers, they’re both better and more numerous than the one’s we’ve got in North Carolina’s Raleigh-Durham Metropolitan Area. I’ve taken up for the underrated Diamond District against more than one critic intent on reducing the city to Wale and the rap-ish skits by the Capitol Steps; this month, Diamond District’s Uptown XO drops a solo mixtape called Monumental II, which I can forgive for the ridiculous pun, but not for coming out in September. Because this is exactly the type of mixtape that I love to listen to during the summer, and while I certainly didn’t mind taking Returnof4Eva for its three-dozenth spin, Uptown’s mixtape could’ve at least jostled it for playlist space.

Uptown is gifted with a stunning set of tracks by A.B. the Producer, whose sampling style, best heard on “Rumors” and “Write a Song,” adorns spare Wu-Tang soul with the sort of pitched-up vocal loops used in Southern rap. A.B. isn’t above indulging in provincial scene-pimping, as he uses “Clappas” to show just how good D.C.’s homegrown go-go style can sound, but for the most part he’s busy establishing his own identity. There’s a real contrast between the smooth, summery tracks and Uptown’s lyrics, which are often pointed and serious, but the MC has enough charisma to make the blend work. Even his remarks on D.C.’s segregation problem scan as more insightful than scathing; folks used to say that 2Pac and Biggie brought America the “black CNN,” but Uptown’s style is more like NPR. Maybe he doesn’t quite channel star power of chart-topping magnitude, but he’s also used to sharing the mic in a group format. It’ll be interesting to see how he evolves as a solo artist.

Which is also true of Exile, best known to the indie-rap world as the production half of Blu & Exile. Their Below the Heavens is among the best rap albums of the last decade, and you don’t have to spend much time on a rap message board to encounter a legion of fans who will tell you just that. Lest you have come to the understanding that Exile has only one stellar album to his name, he’s constructed a generous best-of sampler called Intro the Outro. I don’t usually review compilation tapes for this column (not because they’re bad, but because there are too many candidates for inclusion every month), but I couldn’t bring myself to snub this gorgeous mixtape. The average Exile track, like the Pharoahe Monch showcase “Evolve” from We Are Renegades, or the Below the Heavens highlight “Cold Heated,” is roughly chopped and expressive, and, yes, soulful, though that’s an understatement.

Exile is capable of more than just winsome, tear-jerking soul though, and the mixtape gives him a few winning outlets for his bad-boy side. “Brolic,” with its roiling basslines, is hard enough for Bun B to bark over, while “Tema Do Cannibal” is a team-up with Madlib that finds Exile dabbling in Stones Throw-style abstraction. If all Intro to the Outro needed to do was prove that Exile is one of hip-hop’s most underrated and versatile producers, it’d be a total success. But Exile is actually priming listeners for next month’s 4TRK MIND, an album on which he both produced and raps on. The evidence compiled here suggests his skills as an MC will need to have drastically improved for that to work. Exile has little presence at the mic; usually when he raps it’s as part of a duo where he functions primarily as producer, and that shows. He’s far from talentless, but compared to any of the genuinely great rappers who spit over his tracks on this mixtape, he’s easy to forget.

Exile might be the best producer to drop a mixtape this month, but he’s far from the most famous. For that, we look to The-Dream. But where Exile is bidding to make his name as performer-producer, The-Dream wants us to believe he’s trying to escape his star persona. As Terius Nash, he gives us 1977, an odd R&B album named for the year of his birth (also the year Prince was first recorded with 94 East, whoa!). Naturally, Nash loads the first release to bear his Christian name with a load of introspective tunes which often browbeat us with how revealing/personal they’re supposed to be. He’s clearly cribbing, thematically, from Drake and the Weeknd, but since the popularization of his synth tracks were the necessary condition of both Canucks’ careers, I suppose that’s fair game. The first half sounds most apiece with the hookier material he’s made as The-Dream, and it’s decent enough. Later we get featherweight ballads (we’re talking sub-Memoirs of an Imperfect Angel) sung by unknown and uninteresting divas. Nice getting to know Terius more personally and all, but I suspect he’ll do better when he resumes The-Dream mantle for The Love, IV later this year.

Occupying nearly the opposite end of the fun spectrum, Chevy Woods and Taylor Gang comrade Wiz Khalifa make a decently dynamic duo for Chevy & Wiz’s The Cookout. True to its name, the mixtape features relaxed production, which is actually more apiece with the Taylor Gang style than the super-sleek Stargate stuff found on Wiz’s Rolling Papers. You can certainly vibe out to this if that’s your thing, but I wouldn’t recommend listening too closely to the rapping. I don’t know how much Wiz smoked before he agreed to jump on board, but he doesn’t do himself any favors by trading bars with an MC as marginal as Chevy. Wiz remains an oddly charismatic stoner and passable rapper, while Chevy just seems like some guy who hangs out with him. Even on the odd track where Chevy raps well, it’s clear who’s carrying the mixtape, and the only good thing that could come out of their future collaboration would be a web series remake of How High.

But really, what do you do when all of your friends are getting famous for occasionally being able to rap? Domo Genesis has probably thought about this problem a lot, perhaps most recently when Tyler, the Creator nabbed his Moonman at the VMAs. To be clear, Under the Influence is a marked improvement over Genesis’s past work with the group, but he’s still a second-stringer in Odd Future, and Odd Future isn’t exactly the Wu-Tang Clan. Genesis pays homage to his favorite rappers and producers, nabbing choice tracks such as Kanye West’s “We Major,” the Kanye-produced “Guess Who’s Back,” and the theme from Pokemon. I now suspect that Domo’s limited horizon of influences could explain his arrested development relative to the rest of the pack. Come for the samples, stay for the Tyler guest spot.

While the ascent of the Golf Wang tribe remains an arresting showcase to what can be accomplished with an adequately sycophantic Internet fanbase (though still less so than Lil B, who released two mixtapes this month, neither deserving further comment), Florida’s Plies gestures toward another odd feature of the online rap community. In what I’d call rap’s approximation of Rule 34, if you can think of a rapper, no matter how lame, somewhere there’s a corresponding fanbase eagerly anticipating his or her next mixtape. Apparently, BET-Rap-Ringtone-of-the-Year-Award Winner Plies is revered by enough people in the world that he can release a mixtape called Aristotle and not be mocked into retirement. In its best moments, Aristotle sounds like Lil Jon, give or take a few East Side Boyz, at its worst, well, at its worst is a song called “Fuck the Shit Out of You,” which is a slow jam, and a sincere one at that. Nonetheless, certain hip-hop publications have sized up the mixtape favorably, for, among other things, proving that Plies is still “Goon Affiliated.” Thank God for that!

Review: Dreamers of the Ghetto, Enemy/Lover