Next month, perennial rap-rookie-of-the-year contender J. Cole will finally drop his major label debut, Cole World: The Sideline Story. Cole has some big names in his corner, Jay-Z among them, many of them claiming that the upstart MC from “Fayettenam,” North Carolina is nothing less than the future of rap—unless, of course, the future of rap turns out to be Drake (probable), Curren (less so), or Wale (exceedingly unlikely). All the same, kid’s gone through hell trying to get his album finished and released, though as many times as Watch the Throne and Tha Carter IV got pushed back, you might conclude that a rapper hasn’t made it big until his album’s been delayed three or four times. The early singles from Cole World haven’t exactly been fire, though that’s not the only reason the album’s release will be anticlimactic. Label backing or no, Cole’s provided a generous stream of free music to his fans over the past couple of years, and production values aside, his album will mostly be distinguished from his mixtapes by the extent to which it hues to the rap-radio playbook (the perfunctory cameos from Drake and Trey Songz have already been confirmed).

This month, Cole began releasing a series of mixtapes called Any Given Sunday, and intends to keep them coming weekly-ish until September 27th. “Bring’em In,” the brass-driven track that opens Any Given Sunday #2 is the best of the series so far, a groovier and more sedated variant on the pep-band funk of last summer’s “Who Dat.” That sonic motif makes sense given the everyman—or at least everysmalltownblackyouth—image that Cole has cultivated. His last mixtape was called Friday Night Lights, and the cover for Cole World shows him slouched between lockers, rocking a letterman. Cole’s lyrics frequently revolve around the struggles of small-town folk, and he’s worked pretty aggressively to sell the analogy between his own come-up and the miniature moments of glory played out in high school stadiums around the country. He’s not immune to rapping about money, fame, or weed, but Cole does the best job of distinguishing himself from his peers when he focuses on those stories of decent people persevering under hardship. On “Unabomber,” the quiet sendoff to Any Given Sunday #1, he talks about his family, rhyming “Bill collectors blowin’ us up/They couldn’t fade us/Bitch, I made straight A’s/Go ahead and try to degrade us,” but what’s even more impressive is when he extends the same level of pride and empathy to others. Near the end of the song he states: “I ain’t judging though/To each his own/You pay your bills and raise your kids inside a decent home/More power to you.”

These rhymes can be cloying or amateurish in their own right, but Cole’s warmth usually prevails. Hearing him rap about getting busted with pot or making passes at girls in homeroom, I’m reminded of nothing so much as the Kanye West of “All Falls Down,” an empathetic observer and storyteller, distinctly middle-class and a few steps removed from the ghetto scene around which most rap is centered, for better and worse. There’s a good chance Cole is aware of the similarity. He’s paid homage to West a couple of times now, sampling “The New Workout Plan” on his most recent single and Common’s “Go!,” a West production, on Any Given Sunday #1, while Any Given Sunday #2 ends with Cole freestyling over “Be,” another Common/West collaboration. It makes sense that Cole gravitates toward West’s early work, since those tracks and little else preserve the memory of a West who wasn’t entirely enslaved by his own ego, and if Cole is indeed tracing West’s early career path, then let’s hope it’s with the intention of avoiding some of his recent missteps.

But Cole’s not the only young Southern MC to put his stamp on the mixtape circuit this month. New Orleans’s Curren$y released his third album of the year this week, the DJ Drama-produced Verde Terrace. Curren$y, like his friend and occasional collaborator Wiz Khalifa, raps about little besides smoking pot, but he’s made it abundantly clear by now that he doesn’t have the work ethic of your stereotypical stoner. Not only has he put out an impressive six albums in the last two years, but he’s maintained a level of quality between them while changing his style with each outing. DJ Drama, who’s best known for working with MCs like Young Jeezy and Rick Ross, isn’t the most obvious producer for Curren$y’s low-stakes style of rap, and there’s no doubt that the tracks Drama serves up here (“Pinifarina” and “Car Talk”) are some of the heavier ones that Curren$y’s rhymed over. Curren$y rises to the occasion though, making minimal adjustments to his flow—clipping his syllables more, adding some extra sneer to incomprehensible shit-talk like “What you want?/Stop the jets fool!”—that help him put up a fight against the harder beats on the mixtape.

Not that it’s all ghetto-blaster kinda stuff. Drama actually proves himself pretty gifted at emulating the airy production style that Ski Beatz brought to Curren$y’s rep-making Pilot Talk LPs, and the result is material like “High Tunes,” which sound quintessentially like Curren$y tracks, albeit a bit jazzier and more noirish. There are a few more guest spots than usual, though few really shine. One problem with Curren$y’s super-chill style is that guest MCs sound out of place if they try too hard to kill a verse, while emulating Curren$y’s flow sans his oddball wit isn’t a winning proposition either. That said, Wilie the Kid deserves props for his wordplay on “Sky Miles,” turning out winning lines like, “Root canal/Bicuspid/I’m on the cusp of these bucks/Not a husband/But I’m in love with the money/Fucking lusting.” Still, there’s no beating Curren$y on his own turf. He’s a master at making total non sequiturs sound like comic gold, as when he raps about a girl “working at the Gap folding jeans on the counter/Niggas lounging/Wood panels on the wall like the inside of them late-’70s houses.”

Should his turn at the mic win him any new followers, Willie the Kid has his own mixtape out this month, and it’s just as easy to sink into as Curren$y’s. Titled #TheCrates, Willie’s mixtape is held together thematically by its vintage soul and funk samples (freshly cut by Willie himself), but it’s propelled far more powerfully by the MC’s crisp, clever verses. Willie’s knack for knotty rhyme schemes, not to mention his fondness for euphonious SAT words, makes him a delight to listen to regardless of what he’s rapping over, but his decision to draw his samples from the likes of David Axelrod and Minnie Riperton, artists who instantly cue a sense of nostalgia regardless of whether you like their music or were alive when it was popular, makes #TheCrates and obvious crowd-pleaser. Most of the songs sampled here have shown up in other rap or R&B songs, which makes the mixtape a kind of anthropology of urban music’s past and present. If you have even a passing interest in funk, R&B, or hip-hop, this mixtape is definitely worth hearing.

You couldn’t find a more jarring contrast with the blissed out vibe of any of the four mixtapes mentioned above than Chris Brown’s Boy in Detention. Neither looking toward rap’s future nor interested in its past, the mixtape is all about the noisy present. It’s an agonizingly long and cluttered tape that follows up on the attempt made with recent mega-hit “Look at Me Now” to establish Brown as an MC in addition to a singer/dancer/professional asshole. The truth is, Brown’s not a bad rapper. He’s not as good as some of his guests (Big K.R.I.T. and Wiz Khalifa both upstage him on “Yoko”), but he’s rarely embarrassed. Your enjoyment of Boy in Detention will ultimately depend on your tolerance for Brown’s “bad boy” persona. There are moments on the mixtape where he shows real skill on the mic in terms of delivery, but the content of his verses is almost invariably whack. It’s almost as though he can’t help but sound self-centered and sophomoric. He jumps on Drake’s “Marvin’s Room,” which everyone from Lil Wayne to Jhene Aiko has managed to do something special with, and turns it into a diss track. Where Drake’s song looks at a love triangle with great emotional acuity, the best Brown can do is declare that the heartbroken guy from his girl’s past “sounds like a hata.” Boy in Detention works best when Brown drops the rap shtick altogether and goes for the easy pop-R&B hooks he’s made his career on.

If Boy in Detention gave August it’s most ego-driven mixtape, then perhaps the best cure is a dive into the id-fueled R&B of The Weeknd’s Thursday. The hugely anticipated follow-up to House of Balloons doesn’t spare on any of the dark production or self-lacerating lyrics of its predecessor; if anything, it ups the ante on both. Life of the Party pounds with electro-industrial muscle, sounding like nothing so much as the Nine Inch Nails of The Downward Spiral, while Lonely Star is reminiscent of Massive Attack circa Mezzanine. Genius production aside, Thursday delivers the first fruits of the bromance between the Weeknd’s Abel Tesfaye and the more famous but equally moody Torontonian Drake. The Young Money superstar closes out the seven-minute “Gone” with a verse that shows exactly how far he’s come as an MC since his debut was released just last year. Increasingly introspective in his lyrics and surprisingly sophisticated with his rhythms, Drake seems finally to have internalized that he can’t keep claiming to be the best rapper out there without improving his rapping. My biggest complaint with Thursday is that the closing track, “Heaven or Las Vegas,” didn’t turn out to be a Cocteau Twins cover. Nothing else about this mixtape is even remotely disappointing. 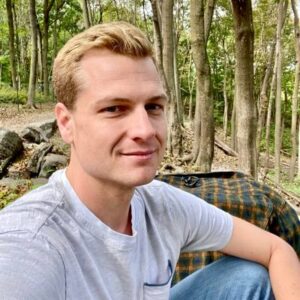 Review: Thundercat, The Golden Age of the Apocalypse