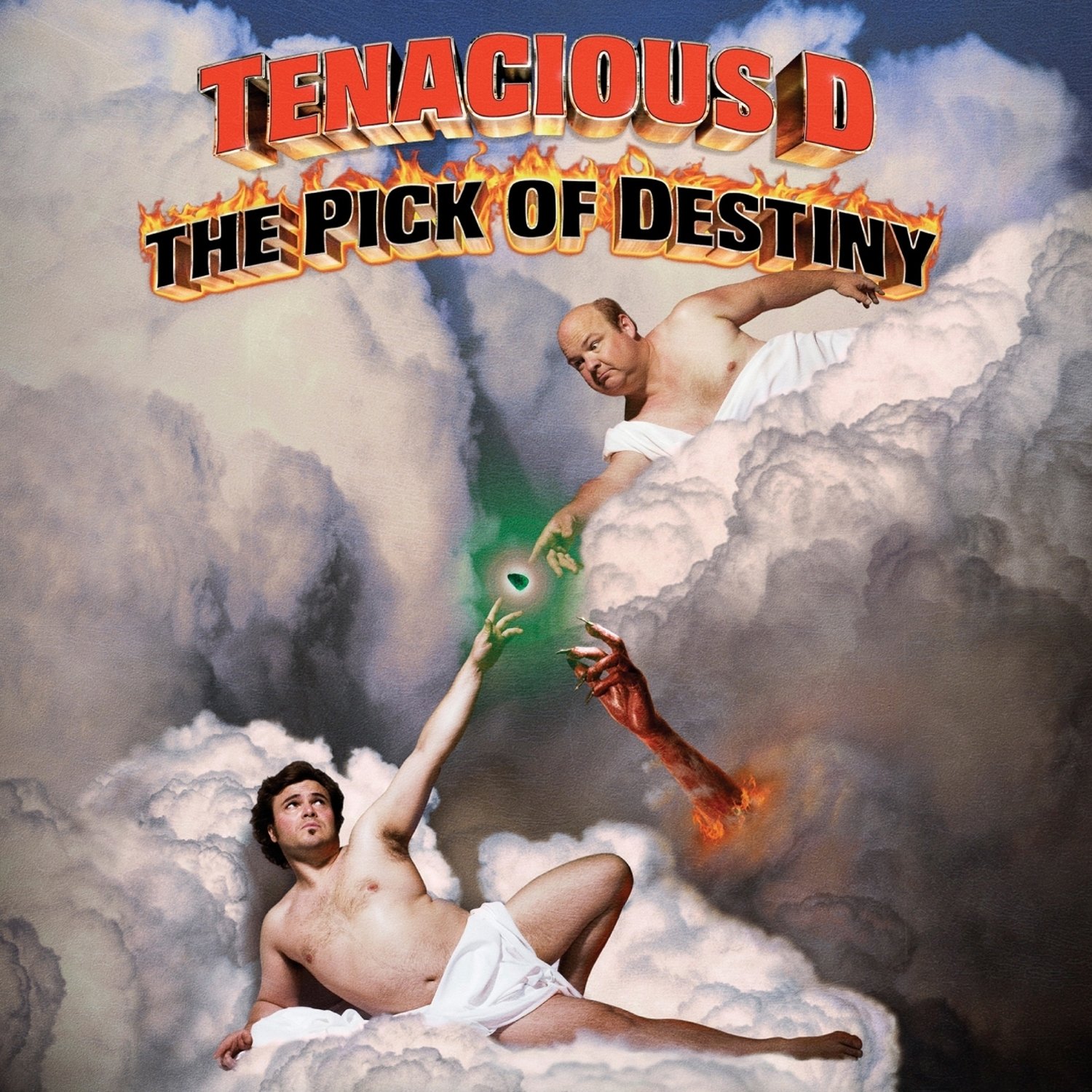 The seams are starting to show in Jack Black’s shtick: layering admittedly creative profanity into nonsensical rants pitched at ear-bleeding volume was funny early on, but now it’s beginning to smack of desperation. Same goes for Tenacious D, Black’s faux-metal acoustic folk-flecked rock duo with Kyle Gass. What was once a cult curio on HBO that affectionately sent up the inanity of the music business is now a brand name, something to be latched onto without really understanding what it’s all about.

The long-gestating feature film Tenacious D in the Pick of Destiny confirms that Black has blown his wad; with much of the screen time devoted to his sweaty mugging, you leave the theater feeling drained, but not from ceaseless laughter. Rather, it’s a weary resignation that, once again, Hollywood has managed to thoroughly fuck up what was once quite funny for a few hundred devoted fans.

Those anticipating the film’s soundtrack should probably brace themselves for another wave of the doldrums; in a baffling move, the soundtrack cannot exist without the movie, relying on you having seen the film to really connect with all of the songs. Whereas Tenacious D was a brilliant parody of the blood-and-thunder metal genre, functioning as a cohesive, hilarious whole, The Pick of Destiny is mere bong resin. Few of the tracks crack the three-minute mark—save the Dave Grohl co-starrer “Beelzeboss (The Final Showdown)”—and nearly all of them feel tossed off. So, don’t bother cracking open your wallet for the disc when you could follow these easy steps and achieve the same result: absorb nearly lethal doses of prime ‘70s head-bangin’ metal (Dio, Sabbath…you get the idea), write a bunch of middling two-minute songs for acoustic guitar (cramming in as many utterances of “cock” and “fuck” as you can), shake, and serve.