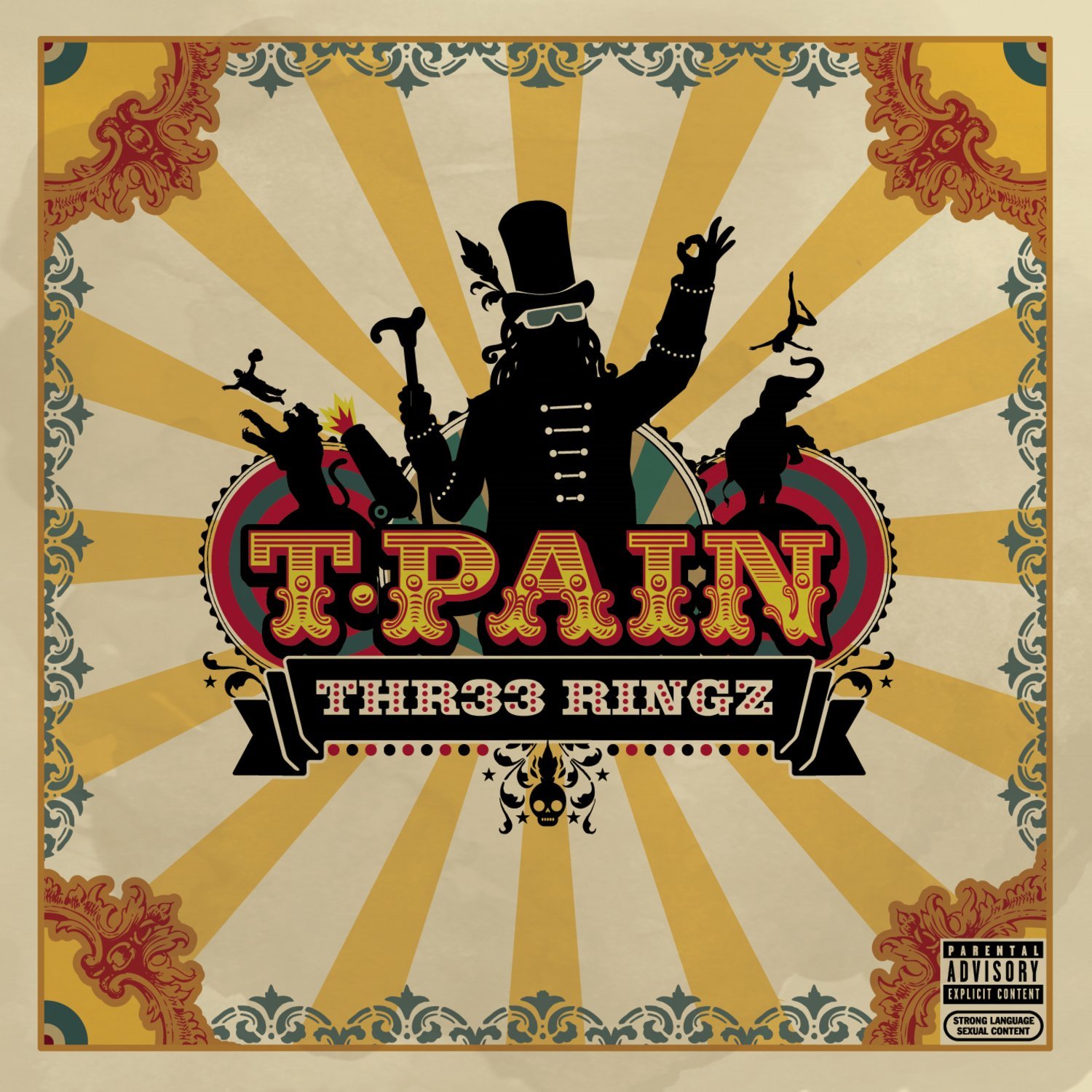 T-Pain’s entire career thus far has sort of been one squishy barf-bag ode to adolescents’ unwavering capability for acting as though every thought and emotion was first thought and felt by them. A few years back, when his reedy, AutoTune-corrected vocalizations were still waxing ubiquitous, he either had the gall or a legitimate lack of knowledge of recent pop history to claim ownership of the singing gimmick (which has been around, in various forms, since before Foxy’s synthetically expulsive “guitar” solo in the disco-era party anthem “Get Off”). I was willing to cut him some credit and presume it was more the latter, but then he had to go and namedrop Roger Troutman on “Karaoke,” the final track on his third album Thr33 Ringz.

Even more egregiously, he drops that presumably court-ordered history lesson in the middle of a take-no-prisoners attack against “karaoke niggas,” a song in which he unequivocally attempts to ascend to the heights of overblown self-regard previously achieved by Kanye West. Since it’s undeniable now that he realizes one of his major predecessors, the tone of its context suggests T-Pain also thinks he’s refining and improving the technique. All you have to do is listen to the soulful, bending, pleading notes Troutman howled over the bridge of Zapp’s “I Can Make You Dance” to know that T-Pain’s scale-stuttering Autotron act is no improvement, much less an innovation.

That said, Thr33 Ringz emerges as such a polished and self-fulfilling collection of hip-pop singles that it almost makes one wonder why T-Pain insists on drawing attention to the most derivative aspect of his musical career at the expense of some of his other, modest but real talents. Sure they all sound alike, but nearly any song on the album would make a suitable single. (I picture Mariah Carey, having been newly reintroduced to the hard knock life with the relative disappointment of E=MC2, listening to it and wiping away a pink, gelatinous teardrop.)

The leadoff single “Can’t Believe It” leans back on a synth chime and hollow finger snaps (the whole spare groove sounds fine-tuned for maximum strip-club impact); “Freeze” might be another freeze-dried Chris Brown upper, but it boasts the cleanest production this side of Ne-Yo; “Change,” which features Akon, Diddy and Mary J. Blige and shamelessly swipes the refrain from Babyface and Eric Clapton’s “Change the World,” almost registers as a mockery of Kanye’s more bald-faced Grammy-grabs of late; and “Therapy,” a duet with Kanye, extends the egoism of both to amusing, onanistic ends (“I don’t need your sex, I’ll masturbate” is the chorus). T-Pain’s got the pop credentials. It’s just a pity that this entire album is drenched in what already sounded like last year’s sound a couple years ago.

Review: Love Is All, A Hundred Things Keep Me Up at Night