[Editor’s Note: “The Blender” is a new series dedicated to highlighting notable new releases in the mixtape world.]

Mixtapes are often low-risk, low-reward affairs, but every now and then an MC exploits the format in the name of some rep-making (or rep-breaking) stunt. See, for example, Lil Wayne’s flood of output in the lead-up to Tha Carter III, Clipse’s ruthlessly virtuosic We Got It 4 Cheap series, or even Young Jeezy’s scorching introduction on Trap or Die. Without a doubt the past month’s most audacious mixtape came in the form of Elzi’s Elmatic. Elzhi is best known for his work with Slum Village, the long-running Michigan rap crew that also launched the career of J Dilla, but his 2008 solo LP, The Preface, is his best work, exactly the type of lost classic that diligent cratediggers (or whatever their digital equivalent is called) hope to come across as they pilfer the discographies of the obscure and overlooked. Elzhi’s got chops, no doubt, but even a man who can rhyme with the greatest MCs can’t be cavalier about revising an acknowledged masterpiece. And where hip-hop is concerned, no album occasions fearful treading quite like Nas’s Illmatic. Fortunately, Elzhi and producer Will Sessions aren’t too orthodox in their homage: The whole production is an act of reverence, so, respects paid, the pair apparently felt free to rework the classic Illmatic tracks into an album that’s instantly familiar, but still fascinating and new in its own right. Sessions adds new instrumental passages to a number of the tracks, for example, and his digressions on “Life’s a Bitch” and “It Ain’t Hard to Tell” are every bit as evocative and melodically pleasing as their inspirations.

Verse for verse, Elzhi keeps up with his master exceptionally well. His style is different enough from Nas’s to make direct comparisons of skill fruitless (Elzhi is conversational and descriptive where the young Nas was emotive and impressionistic), so I’ll just say that he sounds terrific, full stop. His flows are fast and confident, while his lyrics maintain an impressive level of coherence and clarity. A typical verse, from the reworked “One Love,” recounts a girl’s poor choice of suitors: “She moved out at 16 to live with this older guy/He was 25/The nigga used to blow her high/Had a few exes, one name was Robbie/Was pushin’ a new Lexus, ownin’ some duplexes/Only thing was he was too sexist/Baby girl was gettin’ beatdowns, body slams, and suplexes…” Elzhi’s stories never pack the same emotional or philosophical punch as Nas’s, but in rising to that impossible challenge, he may still have set a personal benchmark for storytelling prowess. You can almost imagine the Detroit MC wandering through the Queensbridge projects pictured on the cover of Illmatic, distinctions between decades and time zones collapsing under the power of one (well, now two) visionary rap albums. Elmatic ends with Pete Rock, who produced on the original album, showing up with a brand new track for Elzhi to rap on, and damn if the old man doesn’t nearly steal the show with a gorgeous slice of jazzy, melodic hip-hop that would have held its own against Illmatic’s 10 classic tracks.

Of course, the majority of the mixtapes that dropped in May compare pretty poorly against such a well-conceptualized and deftly executed work. For the most part, the month’s offerings hewed to a pretty familiar formula, with big-name rappers putting out predictable variations on their past work, hoping to tide over fans who wait impatiently for a much-delayed studio LP. One of the most downloaded mixtapes was T-Pain’s PrEVOLVEr. As its name suggests, the mixtape is meant as a prequel to T-Pain’s rEVOLVEr album, which, according to the artist, has been completed for a year now. The mixtape impresses only by sheer volume, containing 30 tracks and running 80 minutes in all. But anyone waiting on the only man who can boast his own Auto-Tuning iPhone app to switch up his game or stop leaning on the gimmicky vocals and goofy outfits will have to wait for the proper LP to see if T-Pain’s planning to bring anything new to his music. Of course, if you’ve always loved T-Pain for the bottle-popping clown that he is, you’ll have no trouble finding staples for your summer party playlist here.

Now, you might not expect the perpetually snarling Young Jeezy to have much in common with T-Pain, but it turns out that the two MCs are of one mind about the purpose of a mixtape. The Georgia rapper is already infamous for steadfastly refusing to change his style, preferring instead to manhandle fat, gothic beats with his signature growl. It’s been three years since Jeezy’s put anything out on Def Jam, and given the label’s current inertia, it’s hard to imagine that Thug Motivation 103 will actually see a release this year. This is surely frustrating to Jeezy fans, and so it’s no surprise to see the rapper using The Real Is Back as an opportunity to throw red meat to his base. Working with frequent collaborator DJ Drama, Jeezy has put out another album of pulverizing rap tracks: He doesn’t do anything to move out of his niche, but he’s definitely doing his best to make sure people know whose niche it is. Listening to more than a few tracks of the tape at a time isn’t recommended, but on their own, menacing cuts like “Snow Go” and “Ballin’” should do right by fans.

Actually, Jeezy’s “Ballin” has taken on a life of its own on in the mixtape game, popping up on a few other tapes this month. The official “G-Mix” is on Trae the Truth’s Undisputed, and it’s a pretty solid improvement on the original. Trae’s charred, throaty delivery adds a new level of drama to the track, while Lil Wayne’s so-so verse actually sounds more acrobatic when juxtaposed with two much slower MCs. The rest of Trae’s mixtape is a decent showcase from the undersung Houston vet, though it also makes the case that Trae’s B-list status owes to his inclination to follow trends where he could be setting them. Adele’s “Hometown” provides the key sample on the opening track, and as I pointed out in last month’s column, Adele has become oddly ubiquitous on street albums of late. Trae also raps over Kanye West’s “All of the Lights,” and invites flavor-of-the-month MCs like Yelawolf, Ace Hood, Rick Ross, and Yo Gotti to join him elsewhere. By far the best tracks on the mixtape come in the pair of “Slammin’ Doors” and “Comin Thru,” two chopped-and-screwed Three 6 Mafia-style jams courtesy of producer Platinum Hands. With all the trendy beats and guest spots cluttering the tape, it’s nice to see Trae excelling when he’s truest to his roots in the Houston underground.

With so many veteran rappers putting out mixtapes over the last few weeks, up-and-comers have had a tough time being heard. That said, there’s at least one unknown who deserves props for his work, and that’s Nashville’s Starlito. He was briefly signed to Cash Money, but his work with the label never culminated in a release. That may have been for the best: Starlito’s new mixtape, @ War W/ Myself, certainly lacks the commercial bent—though also the superabundant charisma—of a Drake or Nicki Minaj release. The tracks are heavy and dense, while Starlito’s laidback bark suggests an odd mixture of venom and guy-next-door charm, like if Jeezy smoked enough dope to feel comfortable kicking it in front of an Xbox with Curren$y or Wiz Khalifa. “Felt Like Giving Up” becomes a highlight by virtue of Starlito’s raw confessional verses and the insane, machine-gun beat over which he delivers them. Slightly less intense and probably easier on the ears are cuts like “Zip Codes” and “People in the Streets,” which temper their aggressive beats with pop and soul inflections. In the end, it’s a diverse and enticing set, one which suggests that, label or no, we haven’t heard the last from Starlito.

Review: Stormzy’s Heavy Is the Head Strikes a Deft Balance of Hard and Soft 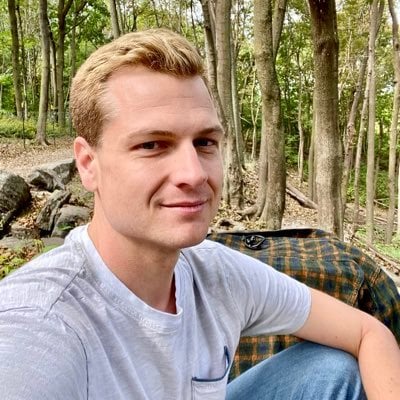