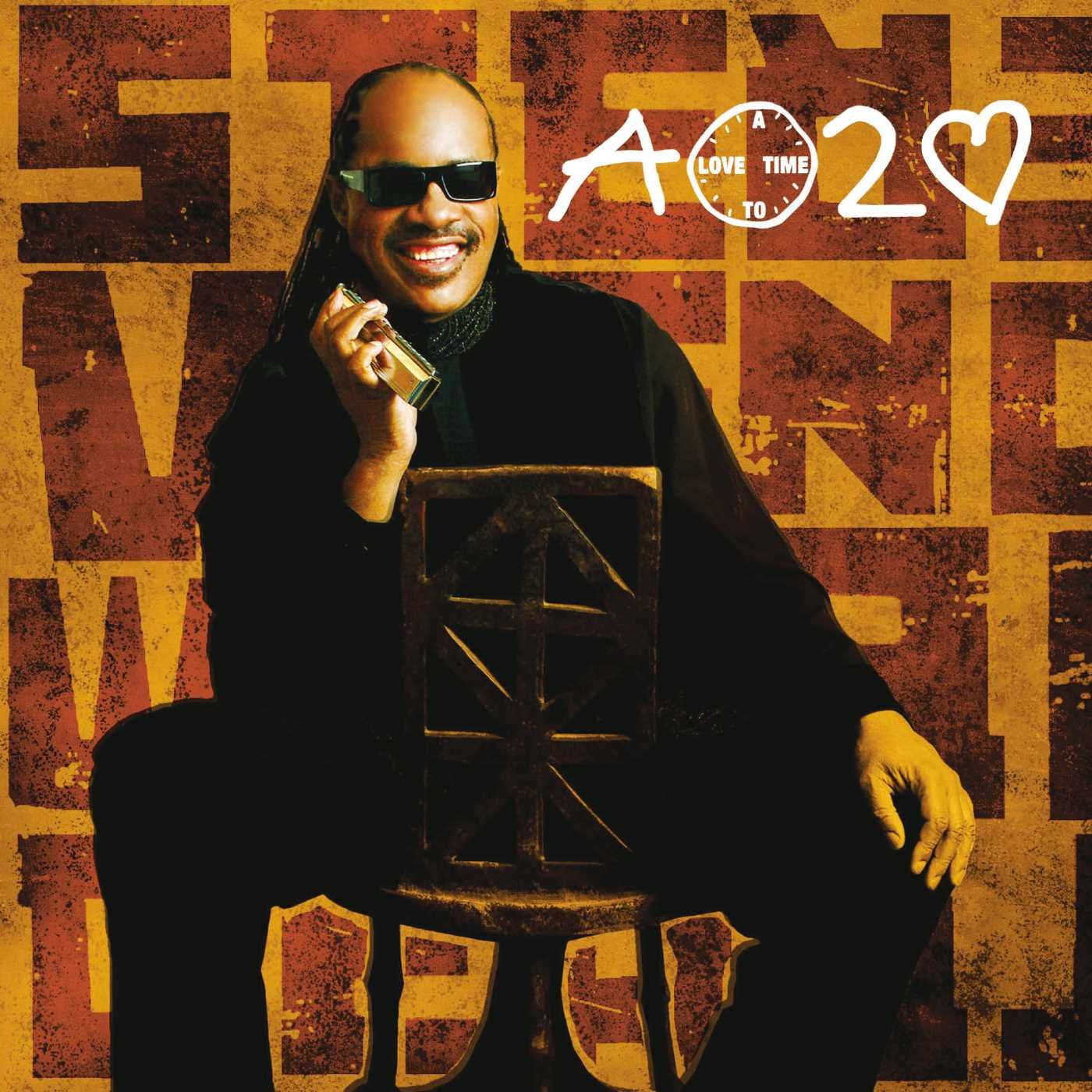 It kills me more than anything to have to write this review. In the space of just a few years, I’ve managed to dismiss or at least shrug my shoulders over new albums from nearly every artist who I’ve ever thought meant a damned thing in the world of popular music, at least from the funk wing: Chaka Khan, Prince, Herbie Hancock, and now, holiest of holies, Stevie Wonder. But, just as Nietzsche said of Wagner, a knock on Stevie is never to be construed as an invitation to compare him with other, entirely irrelevant musicians. Not even when he continues his quixotic quest to keep up with the vanguard of electronic production long after “I Just Called To Say I Love You” confirmed that even the astonishing technician behind Innervisions would probably have done better to keep his songwriting talent sharp into the ‘80s and ‘90s, or to at least be less stingy about doling out the storied stockpile of some 400 to 800 tunes he’d written and catalogued in the first half of the ‘70s.

So even though A Time 2 Love, a pace-settingly tardy follow up to 1995’s Conversation Piece (and people used to say the two years between Fulfillingness’ First Finale and Songs In The Key Of Life were excessive), is an entirely mundane collection of pop gimmes, it’s still filled out with the shadings of an undisputed talent. It sounds better than any album that begins with background vocalists crooning “Moooo…moo-moo-moooo” probably has any right to, and contains at least a couple lo-fi AC ballad keepers. It’s fitting that the man whose career began with an explosion (his spontaneous ad-libbed long goodbye from a live performance of “Fingertips” that wound up an improbable but unstoppable number one hit) should culminate in a prolonged series of gentle whispers—the single finest song the man has recorded in the last two decades is the delicate, stately, near-tony string ballad he contributed to Spike Lee’s Jungle Fever “Feeding Off The Love Of The Land.” And the laidback, unforced “Moon Blue” matches that song’s glacial dignity and cross-pollinates it with the slow calypso sway of Hotter Than July’s “Rocket Love.” As if sedated by his surroundings, Stevie’s voice sounds almost baritone here, like a 45 played at 33 1/3. In its surroundings, the song is almost stunning (and would’ve made a nice b-side back in the day). “True Love,” another of the album’s almost incidental slow jams, is so short by Stevie’s latter-day standards (six minutes seems to be his default) as to be an interlude, but it’s nice to hear him reject all postproduction and just work with a live quartet. Even if it all sounds just too Norah Jones.

Not every ballad ekes by on the coattails of neo-soul serendipity. “From The Bottom Of My Heart” and “Shelter In The Rain” drip with those, err, “A Very Special Fisher Price Christmas” arrangements that made him a natural choice for Jonathan Taylor Thomas’s The Adventures of Pinocchio soundtrack. But what’s unfortunately more distressing about A Time 2 Love is the near absence (excepting “Moon Blue”) of those gutsy chord progressions that elevated Stevie to the level of Lennon-McCartney (surpassed them, in that respect): the escalating despair in the ascending minor chords of the chorus of “Look Around” that spun the song from a moody, neo-baroque lark into a howl of existential torment, or (on the flip) the rich timber of “Too Shy To Say” and its slow descent into ever deeper, ever more molasses-hued romantic rapture, or the swooping, anguised synth transition from “Superwoman” into its self-contained reappraisal “Where Were You When I Needed You.”

“Positivity” (one of two duets with his daughter Aisha, a la Nat King and Natalie Cole…only Stevie isn’t exactly dead yet) has a fresh, rhythm-guitar twanging exuberance, but after a couple of minutes, you can’t ignore the fact that it’s just two alternating warm/fuzzy chords, not even a real song. And when the most galvanizing lyrical conceit of the entire album can be found in the two beats that Stevie damn near tricks you into thinking he just spat out “what the fuck” (nope, just kidding, the song’s called “So What The Fuss”), we’re talking nadir, even for a man whose oft naïve lyrics have always been treated condescendingly. Nietzsche also once wrote (not about music but books, but the metaphor stands) “a reader is doubly guilty of bad manners against the author when he praises the second book at the expense of the first (or vice versa) and then asks the author to be grateful for that.” I wonder what Nietzsche would say about the throngs who beg musical geniuses to, please, quit while they’re still ahead.

Review: Ashlee Simpson, I Am Me