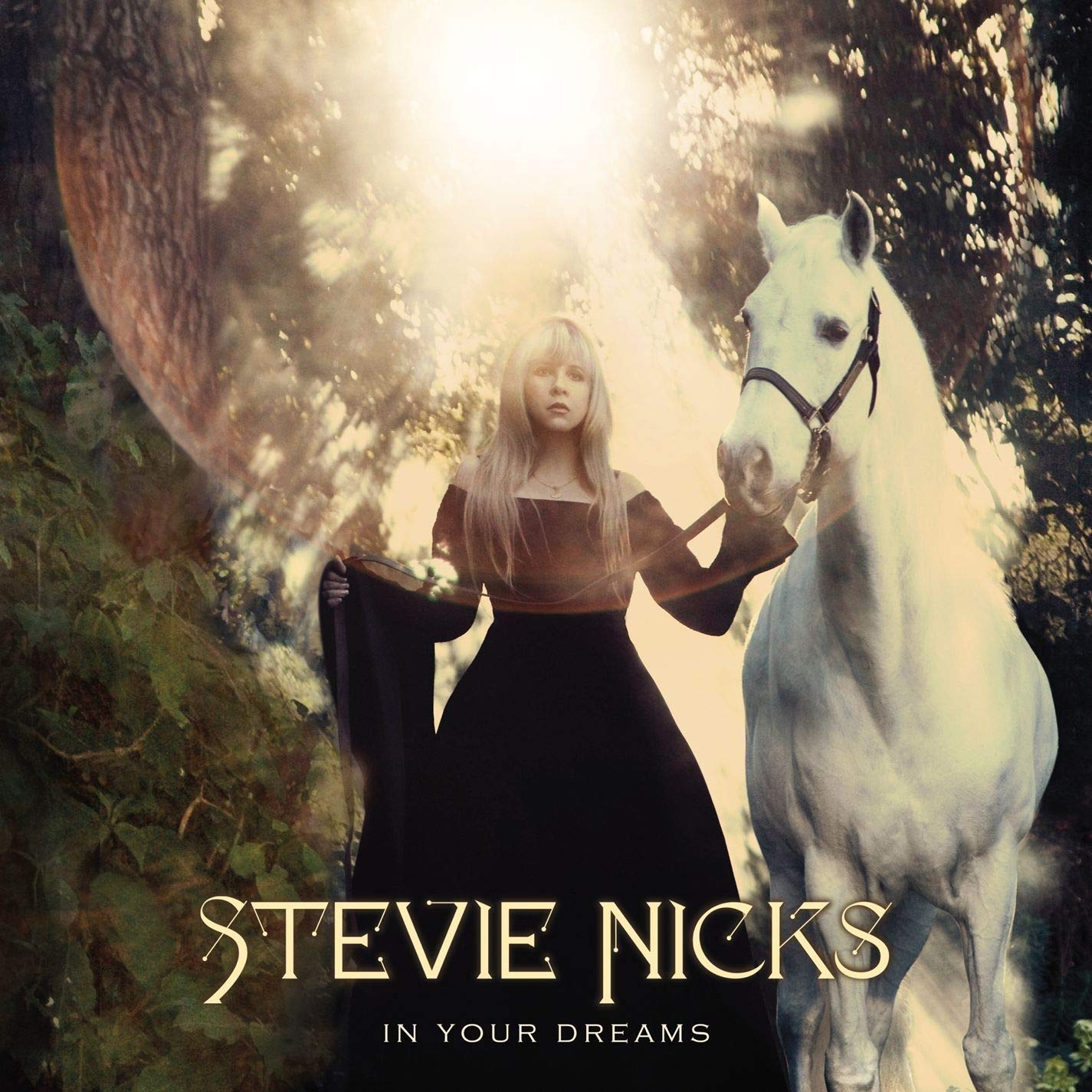 A new solo album from rock legend and beloved quasi-mystical figure Stevie Nicks should be cause for celebration. From a year’s worth of tweets by producer Dave Stewart to a predictably fawning Rolling Stone profile, the lead-up to Nicks’s In Your Dreams has certainly built a fever-pitched level of anticipation among the singer’s die-hard fans. But In Your Dreams indulges in some of Nicks’s worst tendencies as a songwriter and is slathered in chintzy, dated production values.

Lead single “Secret Love” opens the album with what turns out to be its best-written song. That Nicks originally wrote the tune during the recording of Fleetwood Mac’s landmark Rumours is telling: It’s a fine enough song, but it wasn’t quite good enough to make the cut for that classic album. That Stewart misses an opportunity to give the song some of the grit of vintage Fleetwood Mac and instead douses it in a banal, easy-listening wash does Nicks no favors. Even the album’s harder, uptempo blues cuts are spit-polished to a suffocating, antiseptic degree.

Unfortunately, the poor quality of the songwriting falls primarily on Nicks’s shoulders. “Moonlight (A Vampire’s Dream)” was inspired by her viewing of The Twilight Saga: New Moon while on tour, and it boasts exactly the same degree of depth as Stephenie Meyer’s vapid, wooden prose. Even worse is “New Orleans,” with a howlingly bad chorus that finds Nicks singing, “I want to dress up/I want to wear beads/I want to wear feathers and lace/I want to brush by Anne Rice,” with an inexplicable reverence. That the melody lifts at the end of each line overemphasizes the final word of those lines, giving the song an obnoxious, stilted cadence. It’s perhaps the worst song in Nicks’s entire catalogue, reducing the culture of New Orleans to Bourbon Street and vampire lore.

“Italian Summer” misses its mark almost as badly, with hollow exclamations about how the hard rain in Italy is “so romantic” and, oddly, “soulful.” And “Cheaper Than Free,” a duet with Stewart, is structured like a nursery rhyme, with the two singers posing questions that they immediately answer with pat rhymes. Nicks is simply too good to be singing lines like “What’s faster than a speeding car? A beating heart” or “What’s more exciting than high fashion? High passion.”

Stewart’s production choices are just as tin-eared. Dating back to his tenure with the Eurythmics, Stewart has proven himself to be one of pop music’s most progressive, fearless producers, which would make him a perfect choice to work with an icon like Nicks on her first solo album in 10 years. But he’s rarely sounded so conservative at the mixing board as he does on In Your Dreams. The reserved acoustic strumming that drives “For What It’s Worth” only exacerbates the song’s monotonous melody, highlighting how much range and power Nicks’s voice has lost in the decade since the underappreciated Trouble in Shangri-La.

There’s simply nothing about In Your Dreams that works. Nicks and Stewart have both claimed that the recording of the album was one of the most enjoyable experiences in their respective careers, and certainly stars of their stature and undeniable talent deserve to take pleasure in their work. But the end product is anything but pleasurable. Nicks’s devoted followers and Team Edward might go for In Your Dreams out of loyalty, but the album is a rare misfire from Nicks.