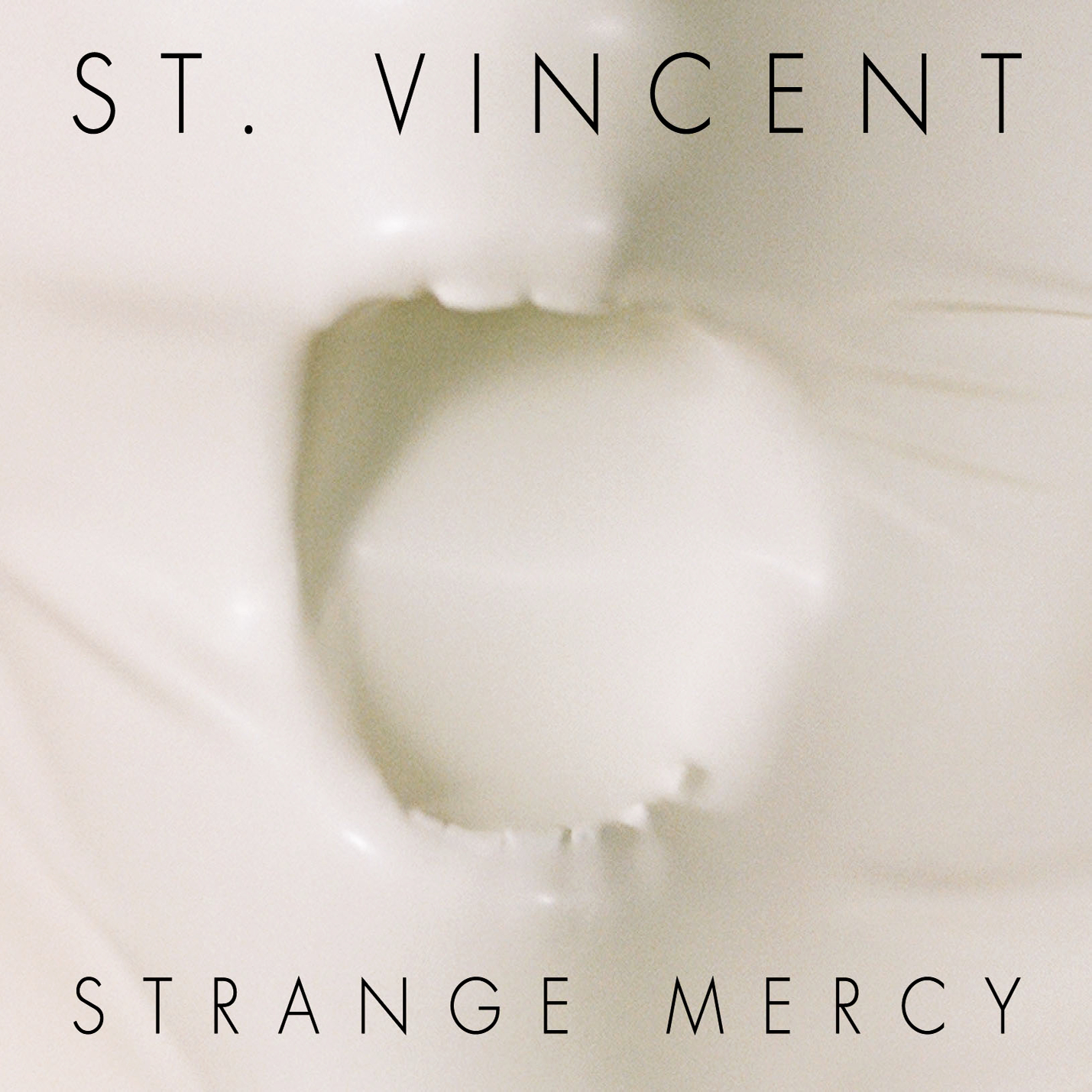 Annie Clark may have cut her symphonic teeth touring with Sufjan Stevens, but the ominous grace with which she imbues her surreal, baroque sound is wholly her own. The deceptively demure Texan has enjoyed a quick musical evolution: Somewhere in between the prickly, quirky-cute ditties of Marry Me and the frightening splendor of Actor’s offerings, Clark developed a taste for rich, biting indie pop dressed up in sinister production values, and her third album, Strange Mercy, plays out as a stark concentration of that dazzling but foreboding style.

Unlike Actor, which built its creepy melodies on nebulous atmospherics, Strange Mercy is immediate—acute and razorlike in delivering Clark’s blistered romance and slithering compositions. Thus, while nothing here comes close to achieving the formless, shuddersome beauty of “The Strangers,” Clark achieves a level of precision and texture so far lacking in her oeuvre. Fuzzed-out and crunchy, Strange Mercy is wonderfully capricious, led by crispy-edged guitars that wriggle, squirm, and writhe, their sound varying wildly between clean, jazz-like improvisation and disheveled, prog-rock indulgence. The guitar riffing comes early and often, with angular, whipping stringwork interrupting the synthed-out choir of opener “Chloe in the Afternoon,” rolling up and down like an electrified zipper atop the fractured percussion.

Production adjustments aside, the real draw of any St. Vincent album is Clark herself. A waif-like ringmaster with a chilling voice that evokes both guile and vulnerability, Clark sat in the middle of Actor’s chaos like a coked-out Dorothy watching the cyclone from within her spinning, airborne house. On Strange Mercy, she’s more of a pensive engima; even when her words are desperate, you still hear more philosophy than sweat.

And though she’s far less morose and detached than on previous outings, when Clark’s blank mask falls, the glimpse at the face underneath is brief and cryptic. On the title track, she stammers the half-finished threat, “If I ever meet the dirty policeman who roughed you up…” She coos another symbolic line of detached violence and obtrusive sexuality with cold seduction on “Surgeon”: “Best find a surgeon to come cut me open.” And yet, far from a liability, Clark’s bare, sedate St. Vincent persona is the highlight of Strange Mercy, reflecting all the terror, beauty, and allure of her music more effectively than any cantakerous narrator could muster.

Review: Lady Antebellum, Own the Night