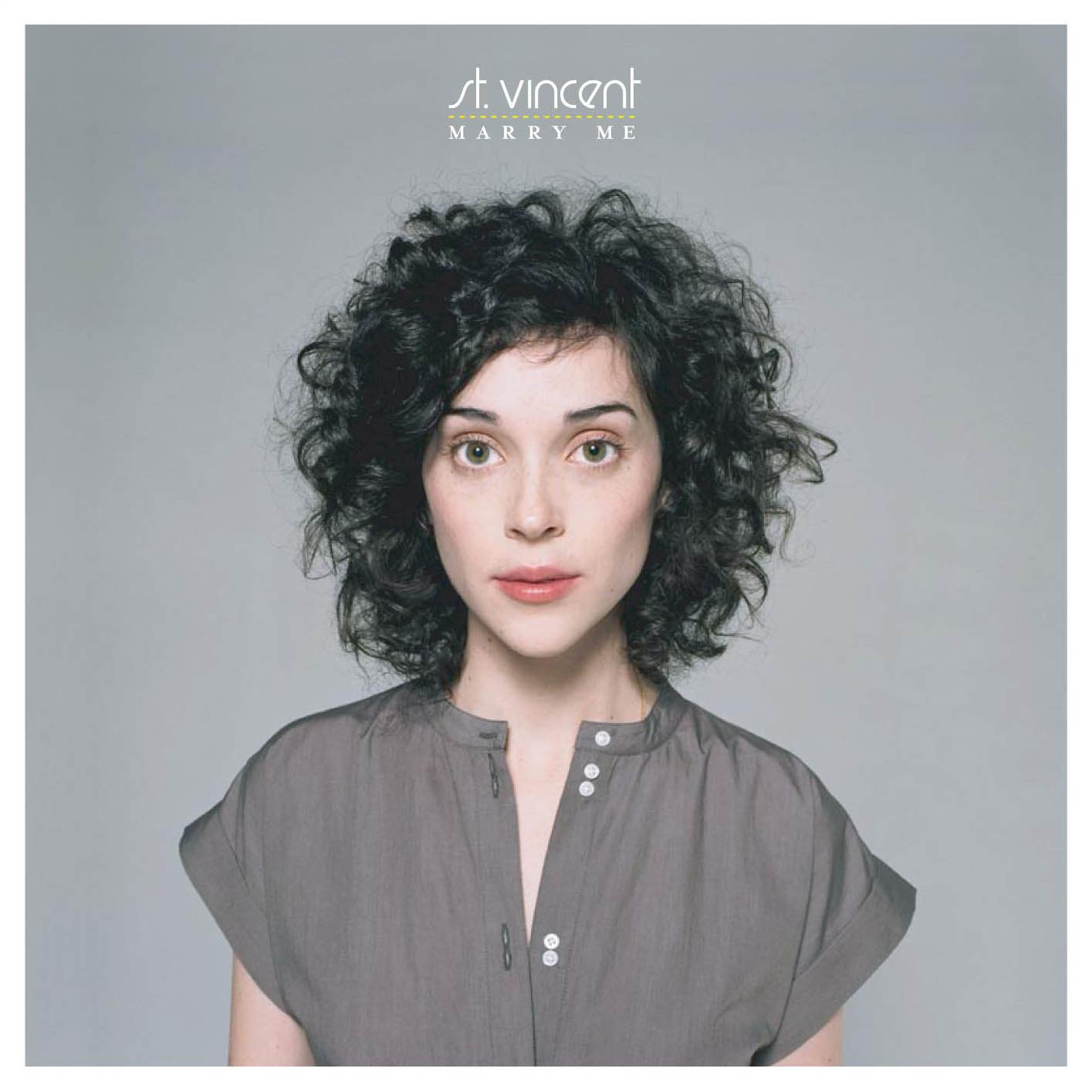 St. Vincent, née Annie Clark, is a doe-eyed, curly-frocked multi-instrumentalist who’s toured with the Polyphonic Spree and Sufjan Stevens, among others, and who would look perfectly at home in a Tim Burton animated feature. Clark’s songs carry the weight of adult introspection and wisdom but also childlike wonderment. On “Now, Now,” the opening track of her full-length debut, Marry Me, a crèche choir chants,“You don’t mean that, say you’re sorry!” amid a swirling backdrop of Clark’s fancy guitarwork and a bristling, noise-pop climax.

The album includes songs influenced by an array of traditional genres, from classical, cabaret-pop, lounge music, and blues, and even electronica (the spatial atmospherics of “Land Mines” recall those of Björk) and soft-rock and R&B (the title track’s bassline could have been lifted from a contemporary hip-hop slow jam), but it’s her timely lyrical ideas—about war and revolution, love, fear, and faith—that linger long after the disc has ended, and her understanding of philosophy is just as well-versed as her musical prowess.

Clark is capable of turning clichés into revelations on tracks like the waltzy “Paris Is Burning,” in which she leads the charge of an underclass revolt, and “The Apocalypse Song,” in which she literally gasps for “little death.” She also renders simplicity profound on the standout “Your Lips Are Red,” on which she laments, “Your skin’s so fair it’s not fair.”

Clark takes the bibilical and literary parables that have been long engrained in our culture and regards them through her unique and distinctly modern perspective: “Juliet, how you been? You look like death, like you could use some rest,” she sings on “Human Racing”; “Let’s do what Mary and Joseph did…without the kid,” she quips on the helplessly romantic “Marry Me”; and “Jesus Saves, I Spend,” written with not-quite-Alanis-style precision, is a clever take on holiday commercialism from a woman who grew up surrounded by various religious ideologies, a fact that has, ostensibly, made her both proficient and skeptical of them all. Marry Me isn’t quite a religious experience, but it’s unequivocally divine.

Q: What Movie Music Won’t Stop Playing in Your Head? A: