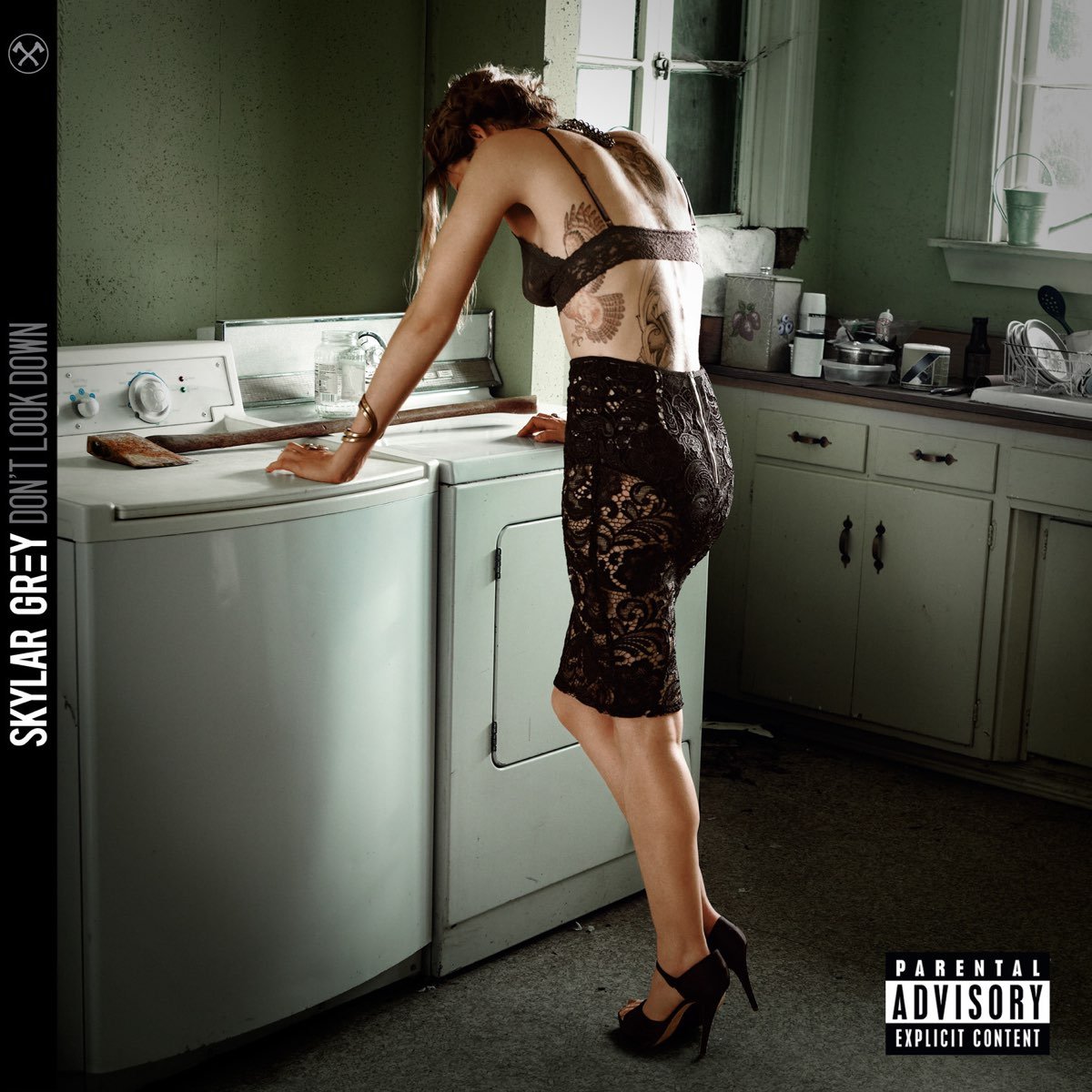 Holly Brook Hafermann, a.k.a. Skylar Grey, is best known as the brains behind Eminem and Rihanna’s “Love the Way You Lie,” and Marshall Mathers has been grooming the singer-songwriter for a splashy Interscope debut ever since. Don’t Look Down is the sound of an artist negotiating with her own MC impulses, of a talented lyricist whose pop instincts tell her to abridge herself. Complicating matters further, executive producer Eminem allows far too many cooks in the kitchen, a reflexive inclusivity that leaves the album feeling over-processed. At heart, Don’t Look Down is a vaguely hip-hop-inflected homage to ‘90s pop, not so much uninteresting as underwhelming and repetitive in its orchestration. Grey writes a great abortion song, but you’d be forgiven if you confused it with her song about the weather.

Grey’s voice is a versatile instrument, capable of channeling various pop idioms while only sometimes disappearing into them (à la Vanessa Carlton). Her default setting is a curious midpoint between Shakira and Shania Twain. She performs her vocal flips with a savvy precision (again, rather too cleanly), but can also bring in darker tones, as on the boozy “Wear Me Out,” an Amy Winehouse-style midtempo song of erotic defiance. When she’s having fun you can tell: “C’mon Let Me Ride,” featuring Eminem, is a high-camp glory of a song, as Grey expresses her libido through the usual perverse childish metaphors and Mathers apes Freddy Mercury’s “Bicycle” before dropping a zig-zagging verse that turns the beat on its head. It’s the funniest fuck song of the year so far.

Grey’s influences can lead her to sound like a China doll at times, too polished and coy and pure. Yet throughout, she’s forthright about her sexual standards, exhorting an ex to improve his cunnilingus technique, if only for the next girl’s sake. On “Shit Man!,” which features an excellent, Nicki-Minaj-once-removed verse from Angel Haze, Grey rocks out over some heavy-ass questions: “So now what happens if I choose/To have this child with you?” More to the point, she answers them: “We don’t even have a ring yet/We’re gonna need a bigger house,” she reasons during the chorus, “And you say you’re not ready/I don’t believe in abortions.” What could be more jarring than this near-conservative sense of purpose, this unrepentant ultimatum? It’s an awesome celebration of choice, and an object lesson in Grey’s impulse to baffle expectations in her songs.

One wishes Grey would approach her producers and patrons with the same no-bullshit persona that galvanizes her better songs. Does she want to be Sarah McLachlan, Sophie Ellis Bextor, Fiona Apple, Frank Ocean? It’s impossible to tell behind the phalanx of producers (the exception being perhaps J.R. Rotem, whose contributions are at least consistent). When she has room to find a melody, as in “Clear Blue Sky” and “White Suburban,” Grey sparkles. Her next album will tell whether she’s learned to trust her own estimable instincts—or whether she’s content to simply be an Interscope team player.