Röyksopp concludes their Profound Mysteries trilogy with some of their most ambitious songs to date. All three installments attempt to marry the Norwegian electronic duo’s laidback electronica with accessible, melodic songwriting and elaborate arrangements. But while Profound Mysteries III’s sonic palette is nearly identical to its two predecessors, there are some subtle differences that make this the most introspective release of the bunch.

The album opens on a downcast note with “So Ambiguous,” featuring a rather dejected guest vocal from Jamie Irrepressible, a stark contrast to the track’s gorgeous synth passages. The singer also contributes vocals to “The Next Day,” a song which borders on amorphous filler. Though the track’s placement makes sense within the context of the album’s flow, coming right after the epic and multifaceted “Speed King,” as a self-contained song it’s ultimately forgettable.

Much of Profound Mysteries III finds Röyksopp continuing to experiment with the extended song lengths and multifaceted melodic progressions that are hallmarks of the prior two albums. “Speed King” is the centerpiece here, a nearly 10-minute ambient bed of swelling synths that builds dynamically as it progresses. Due to its length and the diversity of its melodic and sonic ideas, the song serves as the boldest and most memorable composition in the trilogy.

The eight-minute “Feel It” is a comparatively more upbeat song featuring impassioned vocals from Maurissa Rose. Though it breaks into a killer midtempo groove, the song lacks the gradual progression of energy that made “Speed King” so engaging, and as a consequence drags on a bit too long. “The Night,” by contrast, makes every second of its seven-and-a-half minute runtime count; its frantic collage of beats evoking a room of people dancing to a different rhythm, while electronic songstress Alison Goldfrapp sings in a manner that’s at once robotic and beckoning.

The remaining tracks find Röyksopp exploring more ethereal, introspective sonic palettes, and with similarly mixed results. Songs like “Just Wanted to Know,” “Stay Awhile,” and “Lights Out” are reasonably atmospheric, serving as intermittent breaks from the album’s more upbeat material. But these tracks, and their sequencing, also bring Profound Mysteries III’s momentum to a halt—more musical wallpaper than anything else.

The album’s string-laden closing track, “Like an Old Dog,” is filled with an incessant and unnerving refrain, reminding us that we’ll all eventually “drop dead like an old dog.” It’s a strangely maudlin and ultimately disappointing note upon which to end the trilogy. Despite several standout moments that are worthy additions to Röyksopp’s illustrious catalog, Profound Mysteries III can, like its two predecessors, sometimes feel too indulgent for its own good.

Robyn and Röyksopp Get Monumental in New Music Video for “Monument” 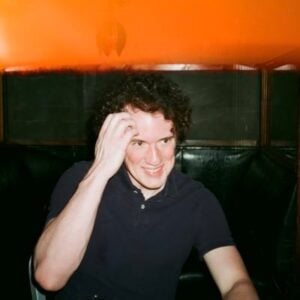 Thomas Bedenbaugh recently graduated from the University of South Carolina with an M.A. in English. He is currently an instructor of freshman literature and rhetoric.

Bruce Springsteen Only the Strong Survive Review: A Tribute That Lacks Grit