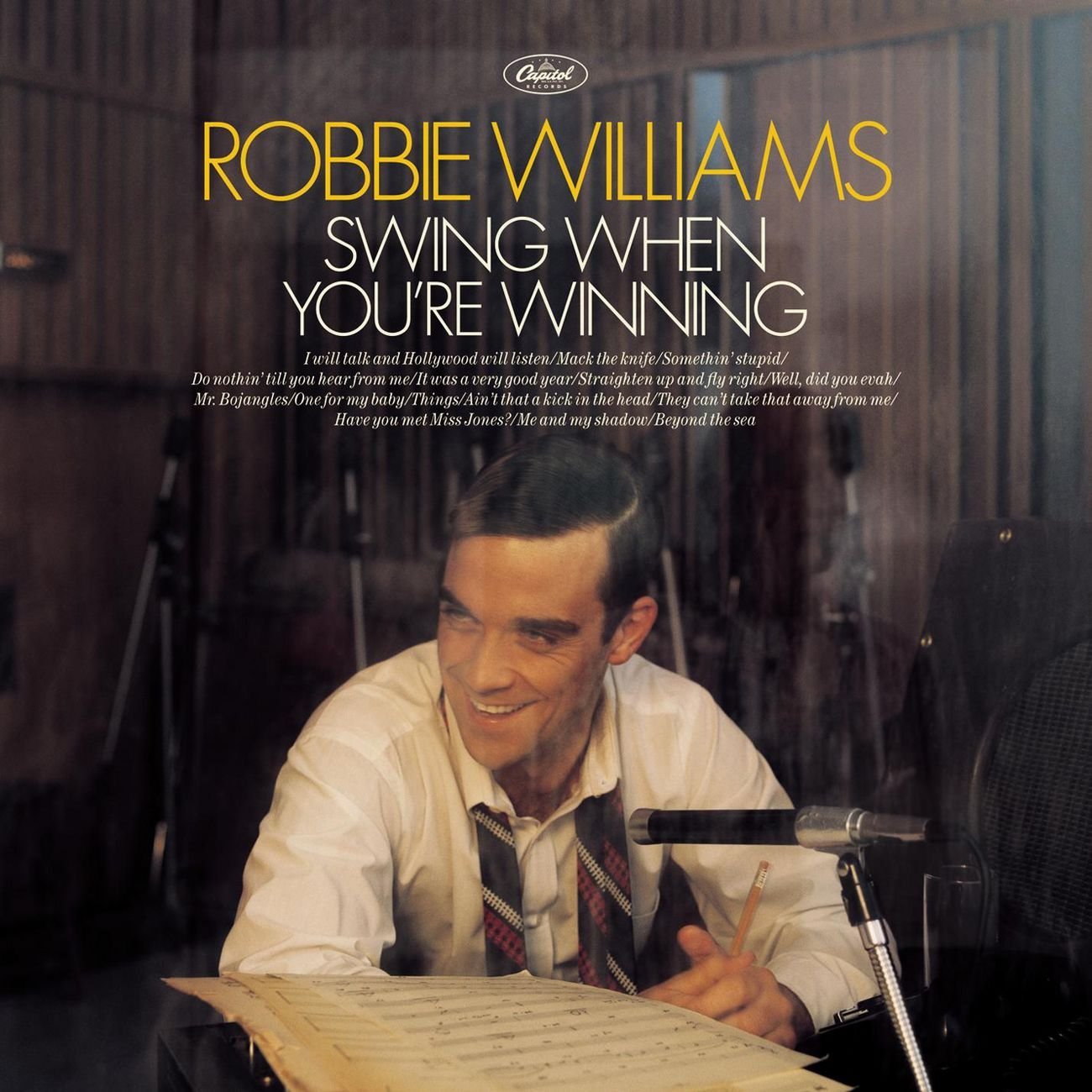 Years after escaping Take That, the mid-‘90s British boy band conceivably responsible for the Backstreet Boys, Robbie Williams has emerged as one of popular music’s most consistently entertaining, dynamic and, yes, talented male performers of our time. Michael Jackson’s comeback trails have become increasingly disappointing; George Michael, not exactly the most prolific singer-songwriter, has all but eliminated himself from the running; and younger artists like Lenny Kravitz have proved to be anything but progressive. But with Swing When You’re Winning, Williams’s new collection of Rat Pack-era swing songs, Britian’s bad boy proves that not only can he artfully capture our attention, he’s actually worthy of it.

Recorded at Capitol Studios in Los Angeles (the very same studio where legends like Frank Sinatra, Sammy Davis Jr. and Dean Martin recorded), Swing authentically captures the magic of those classic recording sessions. Williams called on a lengthy list of guest performers for help, including 84-year-old Bill Miller, one of Sinatra’s original session pianists, for a faithful rendition of “One for My Baby.” The album’s first single, a cover of the Frank and Nancy Sinatra number “Somethin’ Stupid,” features Nicole Kidman (hot off the movie musical Moulin Rouge); actor Jon Lovitz fills in on the Cole Porter classic “Well Did You Evah,” Sinatra’s duet with Bing Crosby from the 1956 film High Society.

Ol’ Blue Eyes himself makes a technologically-advanced appearance on the moving “It Was a Very Good Year.” Williams’s confident performance and agreeable tonality (heard throughout the disc on tracks like the Duke Ellington-penned “Do Nothing Till You Hear from Me” and the wistful “Beyond the Sea”) are dampened only when juxtaposed with Sinatra’s unparalleled vocal timbre and phrasing. However, Williams looms large over actor Rupert Everett on a cover of the famous Gershwin tune “They Can’t Take That Away from Me.”

Like his pop offerings, Swing is doused with cheeky humor. Williams transforms the Bobby Darin-penned “Things” into a campy duet with British actress Jane Horrocks, best known to American audiences as Bubble from the sitcom import “Absolutely Fabulous.” The album’s sole original composition, “I Will Talk and Hollywood Will Listen,” is a satirical ditty that, intentional or not, begs to know why America has yet to embrace Williams (“Cameron Diaz, give me a sign…Steven Spielberg, look what you’re missing”). Currently available as an import only, perhaps Swing will find a proper Stateside release. The album is, after all, a collection inspired by and dedicated to America’s own musical history.

Review: Deee-Lite, Dewdrops in the Garden