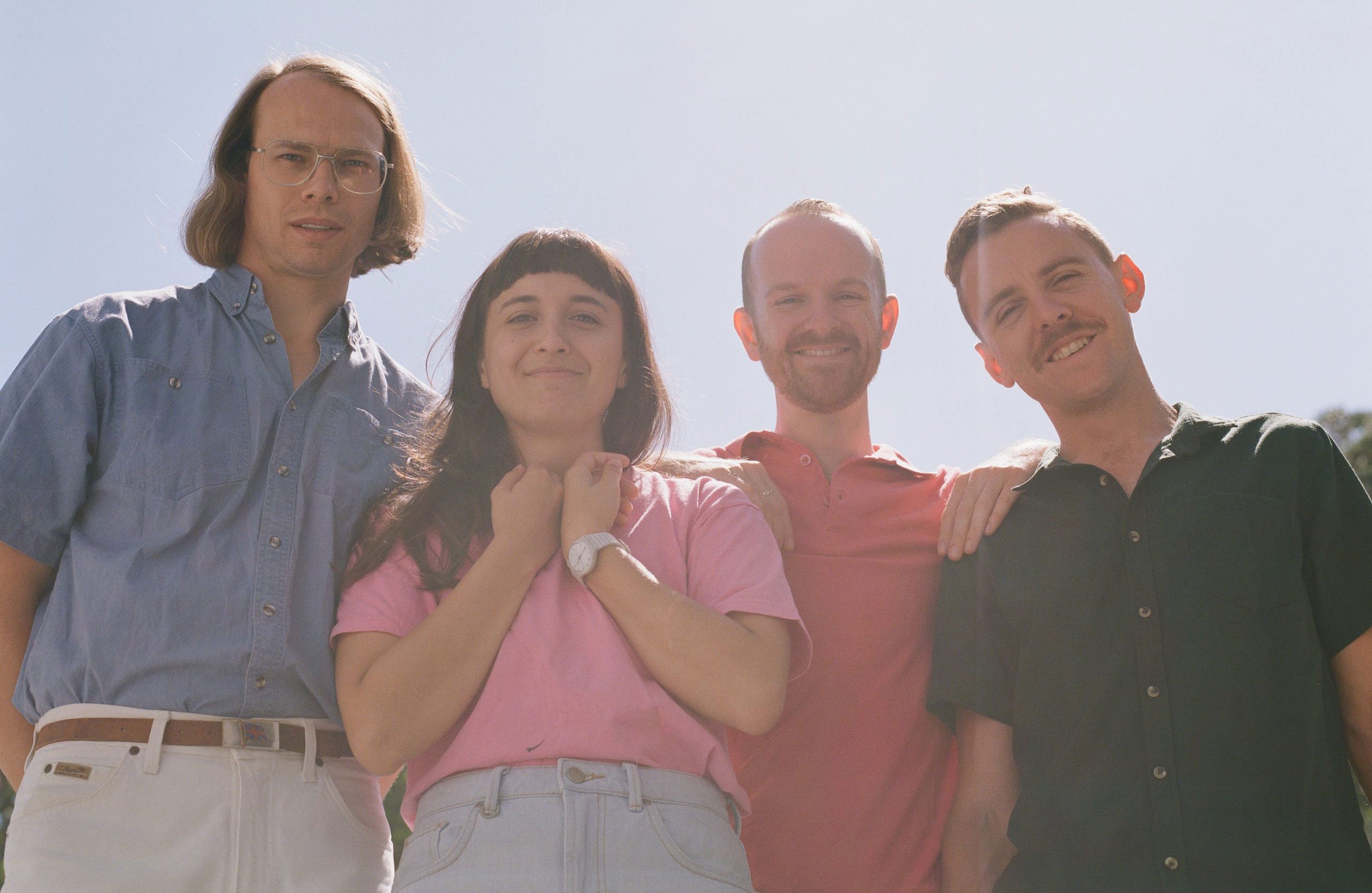 Though indie pop seems to be having a particularly dour year, with albums like Soccer Mommy’s Color Theory and Perfume Genius’s Set My Heart on Fire Immediately focusing on heavier-hearted subjects and exploring denser, more brooding sonic palettes, the Beths’s sophomore effort, Jump Rope Gazers, relies mostly on upbeat pop-rock. That’s not to say that the New Zealand band is anxiety-free, but they’re so canny at cloaking heartbreak and dread in bright, warm hooks that their music never sounds too dire.

The album’s opening track, “I’m Not Getting Excited,” is a charged-up rocker that’s so spirited that it’s easy to miss the song’s passing references to death. Lead singer Elizabeth Stokes eagerly bursts into a brilliant falsetto to deliver the song’s caffeinated chorus. Songs like “Dying to Believe” and “Out of Sight” keep this energy going, with drummer Tristan Deck and bassist Benjamin Sinclair maintaining a brisk rhythm section as Stokes and Jonathan Pearce’s guitars shimmer, groove, and ignite in equal measure.

But the Beths are, perhaps, at their best when they’re at their breeziest. The languid verses of the album’s midtempo title track are set against a backdrop of sun-soaked harmonies, as Stokes describes a crumbling relationship: “If I don’t see your face tonight, well, I guess I’ll be fine.” The song’s chorus is more melancholic, with Stokes delivering lines like “I think I love you/And I think I loved you the whole time” with a wistful nostalgia.

The album’s closer, “Just Shy of Sure,” is lush and mellow, tinged with more sadness than its laidback demeanor might suggest. Here, the Beths approach a relationship from a pained angle: “Love in memory is a plague that consumed me,” Stokes sings matter-of-factly. The song finds the singer grateful for the experience even if it didn’t end the way she might have hoped: “Hey, you can’t win without entering/Do you care to lose everything?” These songs display the Beths’s penchant and skill for making the bittersweet sound so good.

Jump Rope Gazers was written while the Beths toured the world in support of their 2018 debut, Future Me Hates Me, and songs like “You are a Beam of Light,” a bleary ode to a loved one, reflect the feeling of being far away from the people and the places you know best. Besides the band’s pitch-perfect songwriting, though, one of the things that makes the album so endlessly infectious is Pearce’s crisp and spacious production. From the acoustic and electric guitars that gently intertwine on “Do You Want Me Now” to each layer of the band’s crystalline harmonies on “Acrid,” every element of the album is so richly defined that these songs can’t help but pop.

Review: Pop Smoke’s Shoot for the Stars Aim for the Moon Is a Half-Baked Epitaph