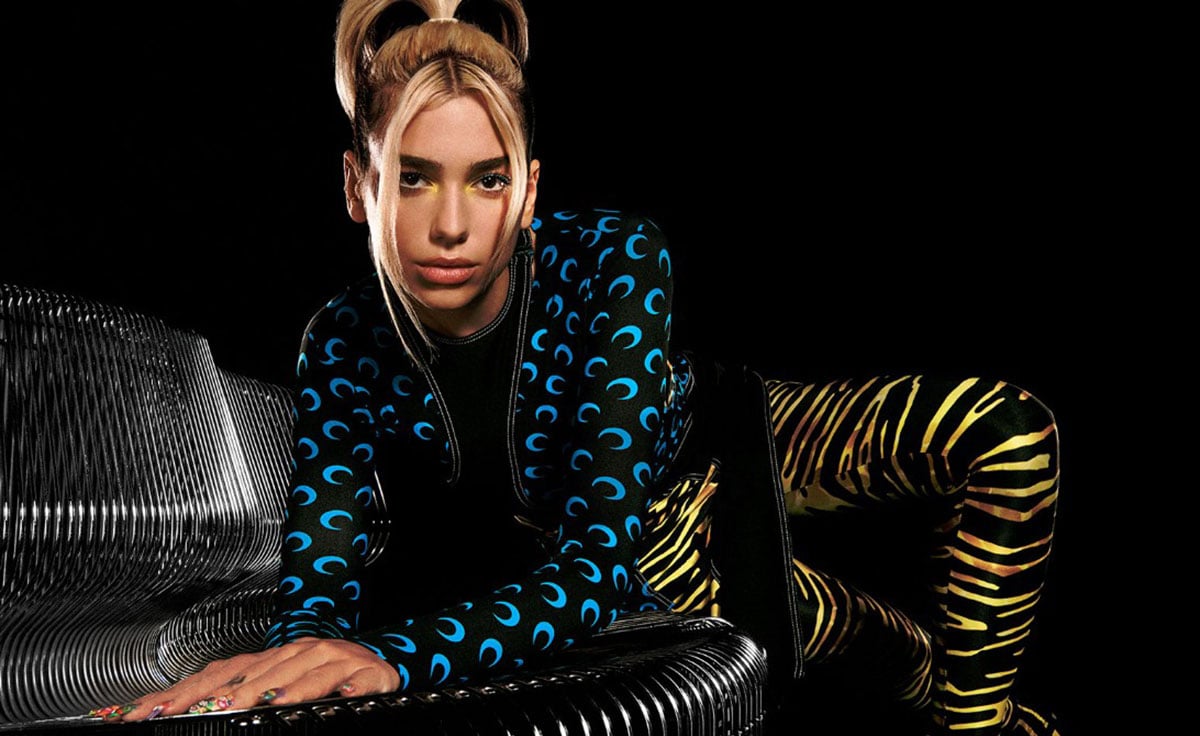 Dua Lipa’s Club Future Nostalgia doubles down on its parent album’s mix of past and present. Part mixtape and part DJ set—curated and mixed by Kentucky-born, London-based producer the Blessed Madonna—the album features house legends like Masters at Work and Mr. Fingers alongside more contemporary mix masters like Stuart Price and Hot Chip’s Joe Goddard, all tasked with reimagining the songs from Future Nostalgia.

Club Future Nostalgia traverses both sides of the pond, several eras, and at least a half-dozen subgenres. In just under two minutes, London DJ Jayda G transports “Cool” from its original ‘80s splendor to ‘90s filter-disco heaven, while two back-to-back mixes of “Pretty Please”—courtesy of Midland and MAW, respectively—segue flawlessly between U.K. garage and New York house. The symphonic “Boys Will Be Boys” is amped-up with help from an infectious Latin-inflected groove and that indelible James Brown loop by way of Lyn Collins’s “Think (About It).”

Not all of the album’s references are as seamlessly integrated. One of the set’s longer cuts, Zach Witness and Gen Hoshino’s “Good in Bed,” nimbly hopscotches through its various parts before arbitrarily tacking on portions of Neneh Cherry’s “Buffalo Stance” and Art of Noise’s “Moments in Love.” The hook from Gwen Stefani’s “Hollaback Girl” on “Hallucinate” likewise feels like a non sequitur, incongruously linked to Larry Heard’s sleek West End disco beats. By contrast, U.K. collective Horse Meat Disco’s take on “Love Again” has a squelchy, retro charm, though it sadly scrubs the original’s lilting White Town sample.

Club Future Nostalgia’s two most high-profile collaborations—“Levitating,” featuring Madonna and Missy Elliott, and “Physical,” featuring Gwen Stefani—both prove to be worthy of their pre-release buzz. It would have been easy to use the Queen of Pop’s presence on the former track as an excuse to emulate the kind of infectious dance-pop she helped defined in the ‘80s (that task has been left to the euphoric Future Nostalgia leftover “Love Is Religion”). Instead, the Blessed Madonna’s remix is, like Madge at her best, decidedly forward-minded—a complete reconstruction featuring skittering beats and futuristic stynths that gives both of its guests space to make the track their own.

For his part, Mark Ronson decelerates the high-energy “Physical” into a sultry midtempo jam, prompting the entire set to temporarily downshift into chillout mode. Stefani’s distinct voice blends surprisingly well with Lipa’s throaty mezzo, though Ronson could have done one better by toning down the song’s power-pop hook in a more direct nod to Olivia Newton-John’s slinky original. “Kiss and Make Up,” a bonus track from Lipa’s self-titled debut featuring Blackpink, gets a similar genre makeover, from reggaeton to rubbery pop-funk.

Rather than slap together a collection of club mixes, or insert a couple of guest verses on original album cuts, the Blessed Madonna attempts to elevate the remix album above a mere cash-in, seguing the various tracks together. Though Club Future Nostalgia lacks the joyous, adrenaline-fueled arc of the best DJ sets, it honors both Future Nostalgia’s original spirit and that album’s unintentional service as a gateway to a virtual dance floor.

Review: Metallica’s S&M2 Is at Once Rousing and Redundant