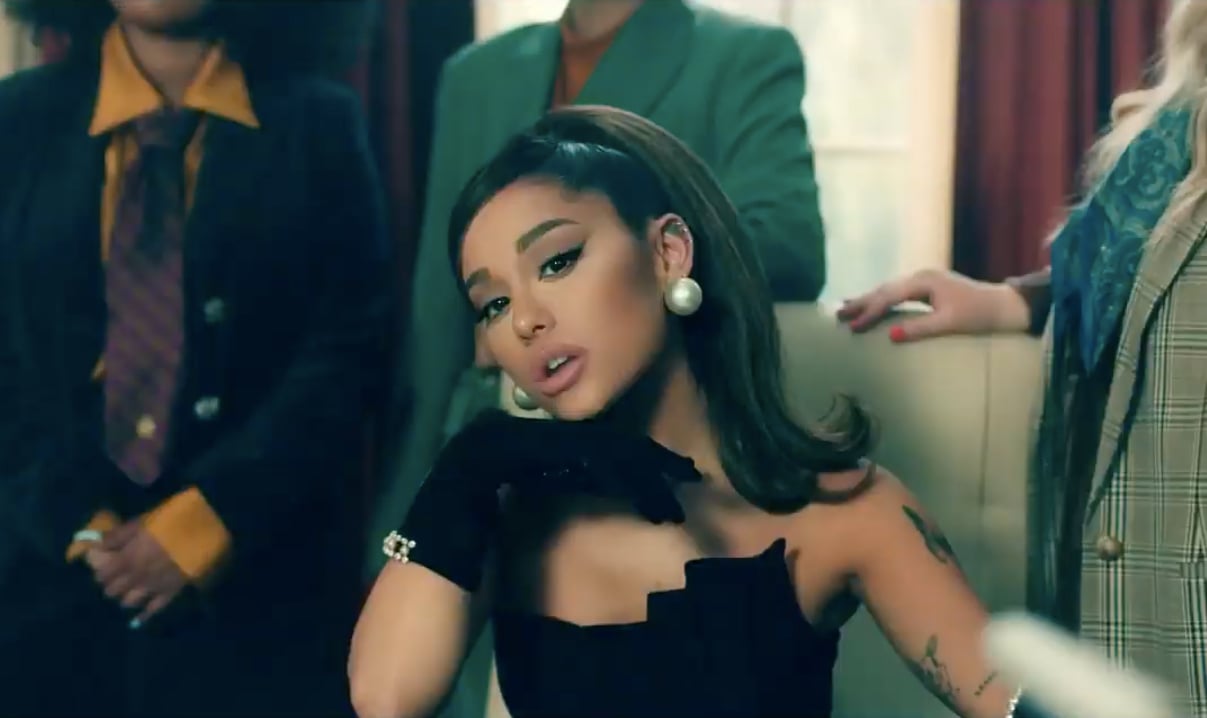 Ariana Grande is clearly vying for the title of hardest-working woman in pop music. Her forthcoming album will be her third in just over two years—Sweetener dropped in August of 2018, followed by Thank U, Next five months later—and over the last year she’s released collaborations with Lady Gaga, Justin Bieber, and Childish Gambino, just to name a few.

The 27-year-old singer aims to further solidify her—pardon the pun—position as pop’s reigning princess with “Positions,” the first single from the new album. The midtempo track, which clocks in at just shy of three minutes, features acoustic guitars, plucky strings, and lyrics filled with plenty innuendo and feminist messaging: “Switchin’ my positions for you/Cookin’ in thе kitchen and I’m in the bedroom,” Ariana sings in her signature smooth, somewhat mumbly affect.

The music video for “Positions,” which was directed by Dave Myers, finds Ariana in the role of president, dressed in Jackie O-worthy duds and effortlessly juggling both affairs of state (with an all-female cabinet, natch) and business in the bedroom. Interestingly, the object of Madam President’s affections is nowhere to be found in the clip—though she is seen walking five of her dogs across the snow-covered lawn of the White House.