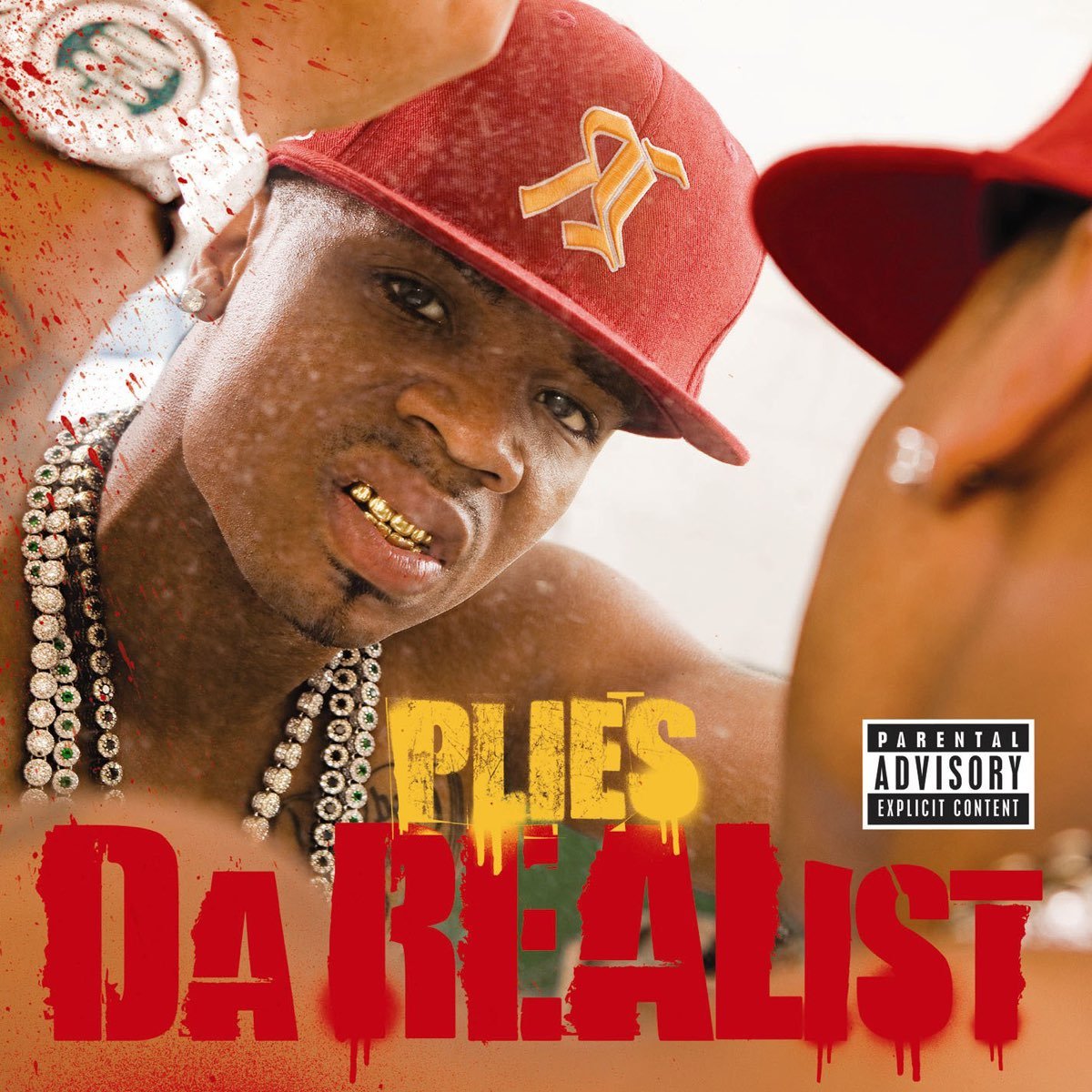 Vibe calls Plies “The Future of Rap” on its December cover, but the Florida rapper, draped in platinum and a thick glaze of willful dopiness, is more a troubling reflection of the genre’s present. Da Realist, his third album in a little more than a year, provides a twisted mirror of the current state of hip-hop, one where the faults are all magnified and the bright spots strangely absent. This is an album that’s short on everything but swagger. Opener “Me and My Goons” establishes the tone quickly and clearly, laying out all of Plies’s overbearing faults in one gooey, molasses-tempo slog. Aside from wilted beats and a constant dearth of energy, Plies displays a penchant for repetition and an apparent allergy to wit. There is, thankfully, a gangsta template for him to cling to, which he does, utterly, leaving Realist as little more a handy checklist of exhausted rap stereotypes. From the album’s 16 songs we learn that Plies is a man who’s serious about making money (“Plenty Money”), who does so through illegal means (“I Chase Paper”), and who maintains a strong connection with the streets (“Gotta Be,” “All Black”). Despite this reputation, he’s a devoted family man (“Family Straight”) who remains faithful to his woman (“Want It, Need It”), and who’s worried about issues in his community (“2nd Chance”). His interests include pussy (“Spend the Night,” “Streetlight”), his reputation (“Heard of Me”), and automatic weapons (“Fuck U Gon Do About It”). Plies is not the only rapper whose persona is this paper thin, but he seems so intent on presenting the bare minimum that there’s no reason to overlook it. Without a distinguishing voice or idea, Realist feels like the mold from which better rap albums are made, a blank form woefully void of substance or flavor.

Review: Keyshia Cole, A Different Me