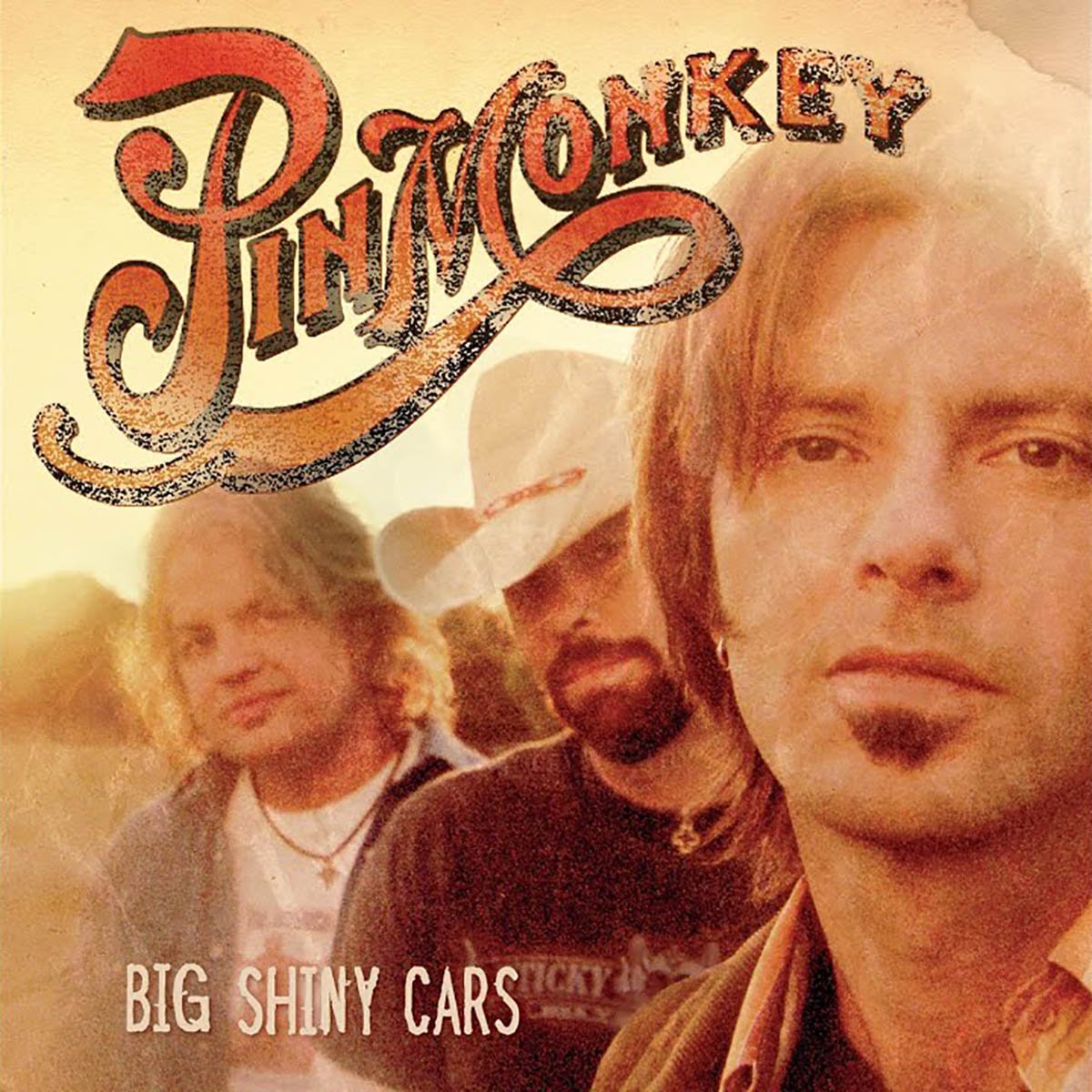 Though it was enough of a success to earn the band something of a cult following—“Pinmonkey Junkies” is certainly less creepy than “Claymates” as such things go—Pinmonkey’s 2002 self-titled major label debut didn’t do much to shake the impression that the band, whose name is a reference to The Simpsons, were interested in nothing more than coming off as a novelty. Anchored by covers of Cyndi Lauper’s “I Drove All Night” and Sugar Ray’s “Fly,” the band’s apparent pop sensibilities played too fast and loose with genre, overshadowing their proficiency with a broad spectrum of country styles from Gram Parsons’s rock-leaning sound to the nü-grass of Nickel Creek.

So it’s a surprise, then, that the strength of their follow-up, Big Shiny Cars, is its song selection. With offerings from Matraca Berg, Dolly Parton, Bruce Robison, Joy Lynn White, and Kieran Kane, the album plays like the foundation for a great mixtape, and it’s to Pinmonkey’s credit that their original tracks hold up awfully well in such phenomenal company. Though none of their covers necessarily improve upon the originals—lead single “That Train Don’t Run” is raucous enough to give the band a shot at their third top 40 single, but it lacks the palpable sense of longing in Berg’s version—frontman Michael Reynolds, whose plaintive tenor recalls Nitty Gritty Dirt Band’s Jeff Hanna or a less nasal Del McCoury, has a strong enough sense of phrasing to distinguish his takes on Kelly Willis’s “Wrapped” and White’s “Love Sometimes” from two of the genre’s best singers. There’s an undercurrent of melancholy to these songs, which comes to a head on the brilliant title track, written by Davis Raines, which Reynolds and the rest of the band—multi-instrumentalist Chad Jeffers’s dobro work is exceptional—approach the material with the respect it deserves.

While the band is impressive on a song by song basis, where Big Shiny Cars gets into trouble, then, is in its style-hopping. The album’s more progressive bluegrass-leaning numbers—“Mountain Song,” “Shady Grove,” and the cover of Parton’s “Down”—are the most successful, in that they showcase Pinmonkey’s technical chops in a way that makes the band a distinctive addition to what’s currently popular in country music. The bar-rock arrangements of “That Train Don’t Run” and “Can’t Have A Hand On Me,” in contrast, come off as strident stabs for the type of commercial success that their louder contemporaries have enjoyed in the three years since they first emerged. Though they can pull off that style with greater street cred than, say, a Little Big Town, it’s the more folksy, pensive moments of Big Shiny Cars that truly suggests Pinmonkey are capable of something more interesting and forward-thinking. As is, the album is too stylistically scattershot to stand as a coherent statement of artistic identity, but the elements of greatness—the technical skill, the recognition of good material, the charisma—are all present to varying degrees, making Pinmonkey one of the few honest-to-God bands on Music Row worth following.

Review: Ne-Yo, In My Own Words