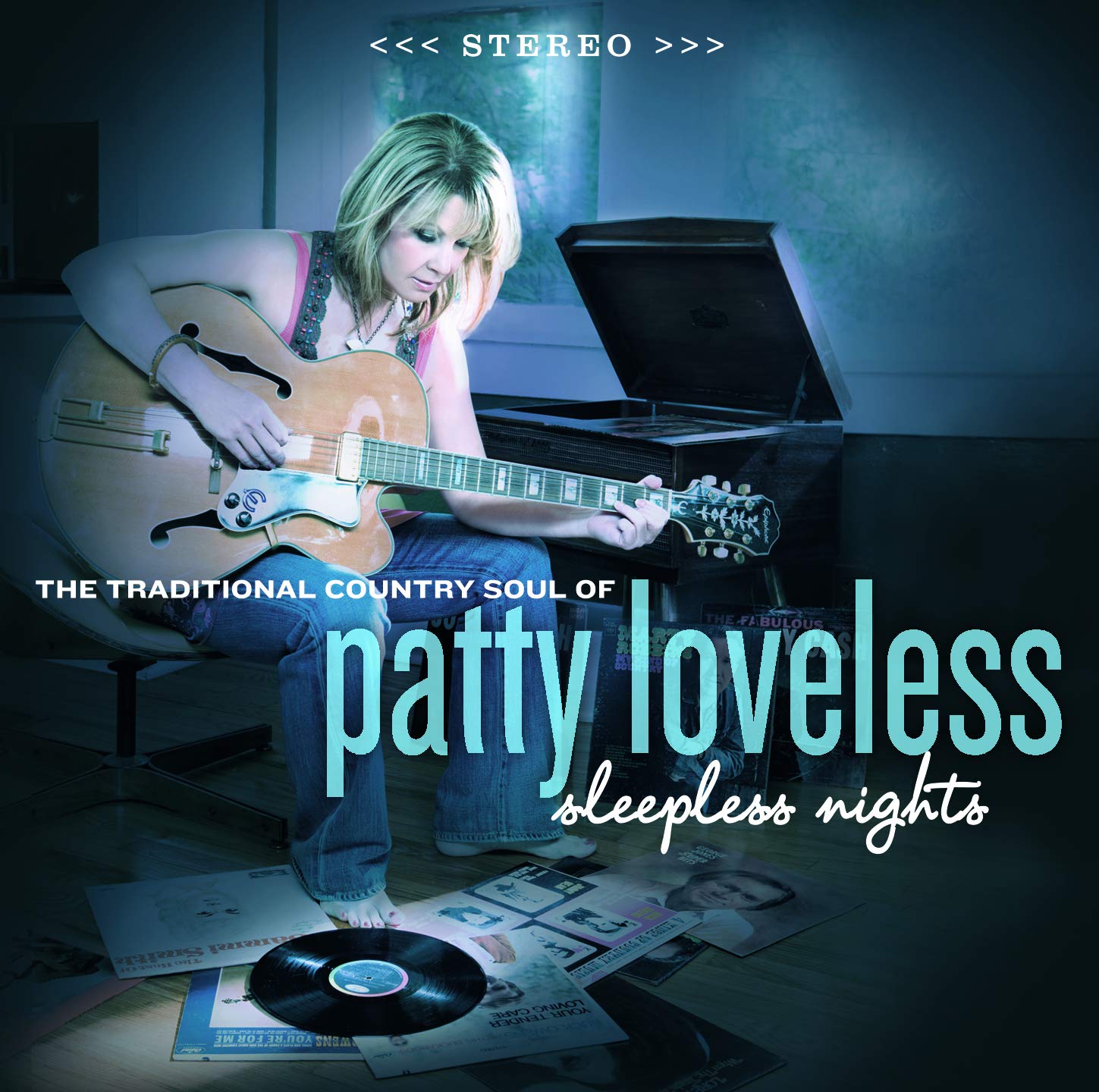 One of the most commonly used clichés in discussions of great vocalists is that they “can sing anything.” And there’s undeniably an element of truth to that conceit: Joan Osborne has tackled vintage R&B, Americana, pop standards and adult-top-40 styles on her last four albums, while country singer Trisha Yearwood is just about the only singer to imbue one of Dianne Warren’s god-awful adult contemporary ballads with anything that resembles human emotion and has also made a killer reading of “Midnight Train to Georgia” a staple of her live shows. A list of artists like Ray Charles, Dusty Springfield, Linda Ronstadt and Solomon Burke, whose careers transcend genre boundaries, includes some of popular music’s most capable voices.

What Patty Loveless’s Sleepless Nights illustrates, then, is that the converse of that cliché holds just as true: The ability to sing anything does not define a great singer. With a sense of phrasing that owes a clear debt to George Jones and with so much of the Eastern Kentucky hollow captured in her incomparable voice, Loveless can sing only country music. And lest the previous 20 years of her celebrated career left any doubts, this collection of covers of classic and lesser-known songs proves that Loveless sings country music better than just about anyone ever has. Although she and her husband and longtime producer Emory Gordy Jr. remain faithful to the traditional sound and arrangements of these songs, Loveless’s superior skill as an interpretive vocalist makes the album far more than simply the glorified karaoke exercise of lesser covers projects (Martina McBride’s rote Timeless springs immediately to mind) and showcases both her passion for and her deep understanding of genre form.

On songs that have been covered many times over the years, Loveless finds previously unexplored nuances in even the most straightforward lines. Her reading of “He Thinks I Still Care,” a classic bit of self-deception that is one of Jones’s trademark hits, downplays the song’s ironic remove, making for a far more melancholy, cutting performance. Even better is the desperate, intimate appeal of Hank Locklin’s “Please Help Me, I’m Falling” and the nearly a capella opening of the anguished take on Hank Williams’s “Cold, Cold Heart” that closes the album. The highlights of the album, though, are a pair of songs that have not previously been hits for other artists. “The Pain of Loving You,” a masterful song of heartache co-written by Porter Wagoner and Dolly Parton, boasts one of Loveless’s most plaintive deliveries and the standout melody and unconventional rhyme schemes that are hallmarks of Parton’s writing. Loveless’s measured, powerful performance on the slow-burning title track, first performed by the Everly Brothers but later covered by Emmylou Harris, is just stunning. As with Yearwood’s Heaven, Heartache, and the Power of Love, it’s hard to believe that a veteran singer of such caliber can still find new ways to challenge herself and to sound better than ever, but that’s exactly what Loveless does here.

What’s just as impressive about the album and what makes it such an essential country record is Loveless’s song selection. This is a collection of definite, deliberate thematic heft. Even “Why Baby Why,” the fiery first single (and it’s worth noting that, if there’s a significant flaw to the album, it’s that it could use a few more uptempo numbers like that one), and drinking anthem “There Stands the Glass” speak to a perspective on love that is hard-won and deeply pained. With so much of contemporary country mired in songs of dead-eyed populist uplift and nostalgia, this is an album that stands in stark contrast to such easy, shallow emotion. There’s a natural tear and soulfulness in Loveless’s voice that trades in pain, and, as she’s done throughout her career, she’s chosen songs like “That’s All It Took” and “I Forgot More Than You’ll Ever Know” that play to her strengths and that cohere into a complex narrative of the many ways in which love can go deeply, irrevocably wrong.

As excellent as Loveless’s mainstream country albums from her commercial peak in the mid ‘90s were, they often lacked the kind of broad structural depth of Sleepless Nights, let alone a track list on which every song is a time-tested classic. Having already recorded what is arguably the best, most critically rich album of this decade with 2001’s landmark Mountain Soul (a record that plays like an honest-to-God ethnographic study of a region of the country few people approach with the sensitivity, empathy or grace she shows), Loveless has offered another unqualified masterpiece with Sleepless Nights and reasserted her place as one of the premier artists not just of the country genre but of contemporary popular music.